CITY returns as a monthly magazine 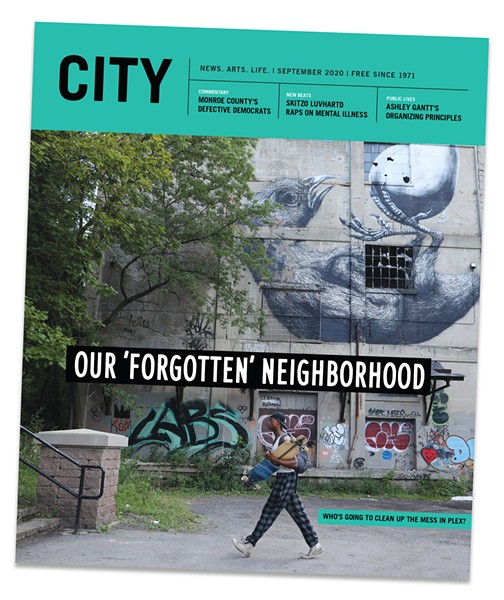 About a year ago, I somehow convinced the powers that be at WXXI Public Media, the parent company of CITY, that I was the right person to edit their newly acquired, award-winning weekly newspaper.

After nearly 20 years of writing for daily newspapers here and in other cities big and small, I had the knowhow to not only keep the machine humming, but to move it in new directions, I told them. I had knowledge to impart, so the pitch went.

Over the last year, though, I’ve learned far more than I’ve taught — the greatest lesson being that of humility. Editing a newspaper with a proud history of nearly half a century that ceases printing six months into the job can have that effect on a person.

Anyone whose plans for their future were likewise pulverized by a global pandemic can relate. My guess is that means pretty much anyone reading this.

But I also learned about patience, resilience, camaraderie, collaboration, and community. 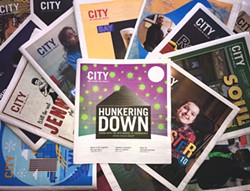 When CITY stopped the presses in March, we never stopped reporting. We delivered as much information as we could online about your government at work, your health, arts and culture, the soundtrack of our community.

We were able to do that because of the generosity of readers who supported us through our CITY Champions initiative, advertisers who stuck with us where and when they could, and guidance from our WXXI family. For those things, we are grateful.

Through the months, we also never stopped looking for opportunities to return to newsstands.

Reinventing CITY as a monthly magazine was that opportunity. To use the most overused word of the pandemic, we pivoted.

We know the weekly newspaper was a mainstay for many readers. We hope, though, that they’ll see our evolution not as losing an old friend, but as gaining a more muscular, better looking companion with a broader perspective on the world around them.

CITY, the magazine, in many ways picks up where its weekly predecessor left off, holding up a mirror to Rochester and its suburbs for an enlightening, entertaining, and honest reflection of life in our community. You know it’s not all rainbows, butterflies, and unicorns, and we don’t pretend it is. CITY chronicles the real Rochester — what makes it great, and its warts.


The magazine does all that with a little more gloss on its pages, plenty more pop in its photographs and illustrations, and a lot more robust news, arts, and life reporting. Every issue blends an array of news and commentary with street-level coverage of the arts, music, food and drink, and culture with an eye toward galvanizing people around shared interests and igniting important conversations that propel our community forward.

And, yes, CITY is still free and still reporting daily online at roccitynews.org.

Five months ago, when we were thrust into the dark tunnel of the pandemic, I wrote in what would end up being the final edition of CITY Newspaper that we at CITY would slog through the tunnel with you and that, when we reached the light, we would stand in it together.

We know that the slog continues and that the health crisis and its fiscal aftershocks are still convulsing.

But in this magazine we see the light, and we hope you do, too. Thank you for reading.