CITY Readers: Got art? It does a body good.

November 02, 2020
You’ve probably heard by now that a growing body of research shows that the arts are integral to our overall health and wellness. 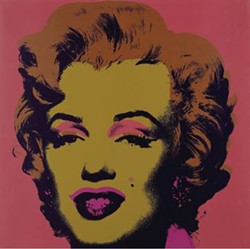 That comes as no surprise at CITY, where our tagline — News. Arts. Life. — puts the arts at the center of everything we do.

People have used pictures, stories, dances, and chants as healing rituals since the beginning of recorded time. Whether they worked was a matter of faith for millennia.

In recent decades, though, empirical evidence from numerous studies have shown that art and music can soothe chronic pain, stave off dementia, and accelerate brain development in children. One study showed that simply being exposed to the arts may help us live longer.

Researchers in London who followed thousands of people 50 and older over a 14-year period revealed in a paper published last year in The BMJ that those who went to a museum or a concert just once or twice a year were 14 percent less likely to die during that period than those who didn’t.

And they found that the chances of living longer increased with the frequency that people engaged with the arts. The study controlled for socioeconomic factors, like income, education, and mobility — all factors in overall health. Even taking that into account, there was a difference in the survival rate of people who were involved in the arts.

Interestingly, the study didn’t examine what kind of art led to a longer life. In other words, it isn’t clear whether living longer hinges on listening to Wagner’s “Ride of the Valkyries” or taking in a pop art exhibit, like the tribute to Andy Warhol now showing at the Memorial Art Gallery.

Does enjoying Elmer Fudd singing “Kiww da wabbit!” to urgent strains of “Ride of the Valkyries” as he jabs his spear into a rabbit hole count? Maybe.
A lead researcher of that study theorized that having a sense of purpose was integral to living longer, healthier lives and that being involved in and excited about the arts, in whatever form, helped most participants maintain a sense of purpose.

That sense of purpose surfaces repeatedly in the eclectic stories about the arts and artists in this month’s issue of CITY.

Our reporting highlights the newfound success of a local death metal band; explores what moved a 70-year-old man living off the grid to record a solo Americana folk rock album; tells of the curious camaraderie between a Rochester guitar store owner and the most celebrated pop artist of the last century; reviews a documentary that examines our city’s deep relationship with photography, and delves into the inspiration behind a new installment of cinematic sculptures at a literary center in the Neighborhood of the Arts.

We think these stories, and other content in this issue that underscore the importance of the arts, are worth telling, especially in light of the ongoing health crisis and the toll it has taken on so many of us.

Whether our artists are on the cusp of greatness or creating in obscurity, their sense of purpose is contagious.

Thank you for supporting CITY and the artists in our community.