One of a series of articles on the challenge of creating strong police-community relations in Rochester.

For decades, activists have pushed for stronger, more transparent oversight of police officers. And while successive mayors and City Councils have tried to improve the way the city responds to complaints about the police, they’ve been hampered in large part by union contracts and state law.

Now, after months of study, City Council is finishing work on legislation creating a Police Accountability Board. It would be composed of community representatives, and it would have broad responsibilities, including the discipline of police officers.

City Council President Loretta Scott says she believes the legislation will be completed and made public this month. Council will then hold three forums to get comments from the public, either in January or early February. 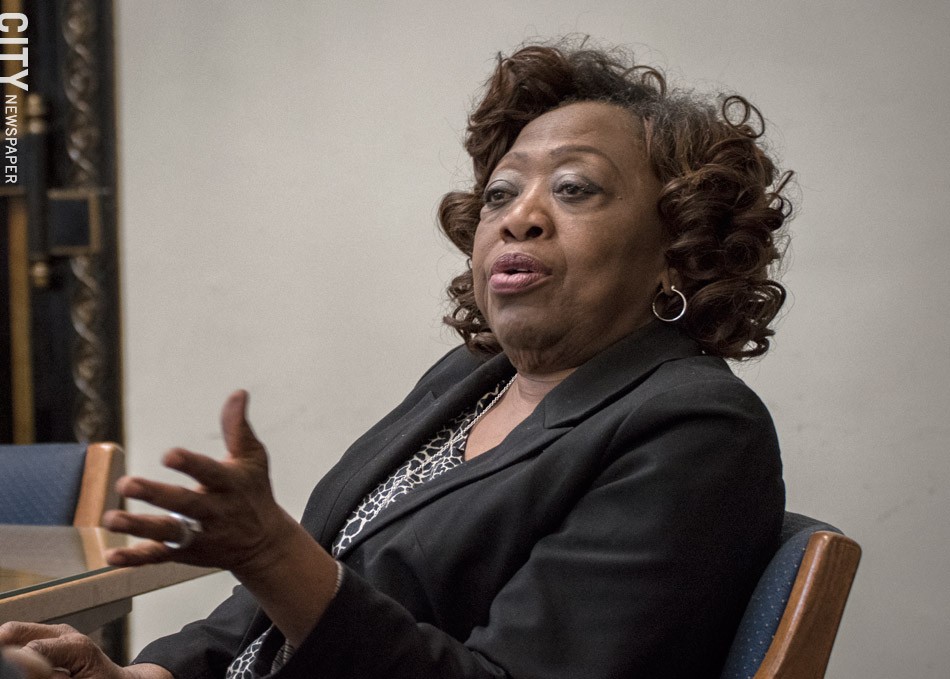 There’ll be plenty to comment on. Late last month, Mayor Lovely Warren submitted her own legislation, which creates a Police Accountability Board with broader powers than the current Civilian Review Board has but leaves discipline in the hands of the police chief.

And a coalition of activists and social-justice groups, the Police Accountability Board Alliance, is continuing its push for stronger, more transparent oversight of police officers. Among the Alliance’s key requirements: an independent civilian board with the power to investigate complaints – including a staff able to conduct the investigations – and the power to discipline officers.

The unveiling of Council’s legislation and the forums will be the start of what will likely be several months of emotional public discussion of a major community issue: how to handle citizen complaints about police officers’ conduct in a way that is fair to both the public and the officers. And how to do that in a way that builds trust rather than eroding it.

There doesn’t seem to be much doubt that Rochester will get a Police Accountability Board of some sort. “We need one,” City Council member Malik Evans says. “That we all agree on.” The question is what the board will be like and what it will have the power to do. 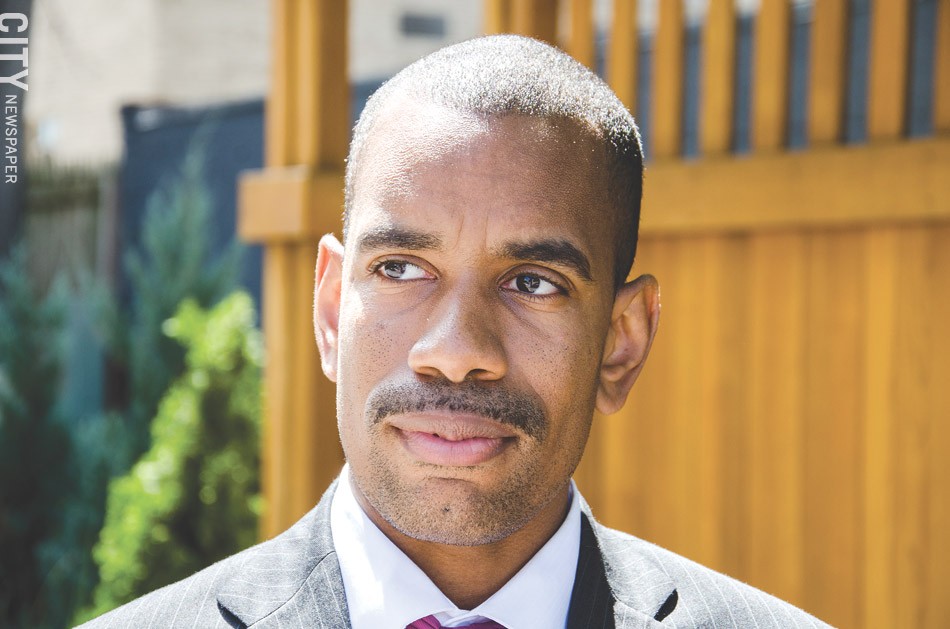 As in many cities in the US, tension has been building between police officers and some parts of the Rochester community – particularly in neighborhoods where most residents are people of color. That has been heightened by several high-profile cases in which officers have been accused of using excessive force, some of them resulting in injuries to civilians.

Adding to the tension: Complaints about police officers’ actions are investigated by other police officers, decisions about discipline are made by the police chief, and little information about the outcome is made public.

The legislation submitted by Mayor Lovely Warren last month includes some of what the activists want. For instance, it gives the Accountability Board the power to investigate complaints about officer misconduct. The board would develop a “disciplinary matrix,” detailing levels of discipline for specific levels of misconduct, and it would give the police chief recommendations about discipline when the board determines than an officer has violated department policies or procedures. But the chief would have the final say, although he or she would have to state the reasons for not following those recommendations.

Warren’s proposal differs from what the Alliance wants in other key areas. It has most of the Accountability Board’s nine members nominated by the mayor and City Council, and it provides a first-year budget much lower than the Alliance says is needed.

Shortly after Warren released her proposal, the Police Accountability Board Alliance issued a statement strongly opposing it.

“The Mayor’s proposal is unacceptable and undermines the work done by City Council and the Police Accountability Board Alliance,” the group said. And at a January 8 press conference, representatives of the Alliance repeated their concerns about the mayor's legislation and urged her to withdraw it and support legislation that Council is drafting.

Warren sent her proposal to Council in time for consideration this month, but it’s been held in committee for Council members to review it. Meantime, Council is planning its public forums and completing its own legislation. And that legislation is likely to be closer to what the coalition wants than Warren’s is. Council President Loretta Scott said on Saturday that Council has tried to take the proposal created by the activists and adopt as much of it as possible.

The police union is almost sure to fight any change in disciplinary authority in court. The Warren administration is concerned that it would lose that case, costing the city money. And, Warren’s spokespeople say, the city attorney couldn’t defend the administration, because he has already provided a written opinion advising the mayor not to make that change.

“What are we able to do within the framework of existing New York State law?” Evans said in an interview on Friday. “We have two conflicting opinions about what we can do, and I’m not clear on what the state law says. That’s what I’m most focused on, because I don’t believe in exercises in futility.”

Both Evans and Willie Lightfoot, who chairs Council’s Public Safety, Youth, and Recreation Committee, agree that the police union is likely to file a lawsuit if disciplinary power is given to the Police Accountability Board.

“No question about it,” Evans said.

“It’s been the opinion from our lawyer from the beginning that we will be challenged by the union,” Lightfoot said.

In a January 8 statement, Warren emphasized her concerns about restrictions imposed by state law. Her proposal, she said, "will create a Police Accountability Board that is legally permissible under the laws of the State of New York. Other proposals that have been suggested would not withstand legal challenge."

The Warren administration is also worried about money, not only the cost of litigation but also the expense of a staff for the Police Accountability Board. Warren’s proposal calls for hiring an executive director, and she suggests a first-year budget of between $250,000 and $300,000. Alliance leaders say that’s not enough to hire investigators, who would be necessary if the Accountability Board’s power to investigate is to have any meaning.

Council President Loretta Scott said she thinks the activist’s budget estimate of just under a million is expensive. “It’s relative,” she added, “when you take into account the expenses that the city is paying out” in settlements for suits involving police actions. But, she said, “Council’s recommendation will not be $900,000, either.”

On the composition of the Police Accountability Board: Warren wants a nine-member board, three people nominated by the Police Accountability Board Alliance, three by the mayor, and three by City Council. All would have to be approved by City Council. Coalition leaders say that puts too much power in the hands of city officials.

City Councilmembers interviewed over the past few week don’t seem to share that concern, though. Scott said that Council’s legislation will give more representation on the accountability board to nominees from the Alliance than the mayor’s proposal does, but she said she doesn’t think the mayor’s breakdown is a problem or that it will be a sticking point as Council weighs its options.

Evans agreed. And he said he disagrees with critics who say that in the end, Council would nominate only people acceptable to the mayor, giving her the majority of appointments on the board.

“City Council is more independent from the administration than I think people realize,” Evans said. “We would absolutely make independent picks.”

City Council members are committed to nominating people who represent the community, not people with allegiance to City Hall, said Council member Elaine Spaull. “I think that Council feels strongly that our nominations will come from the citizenry,” she said. “I feel pretty strongly that that is our goal.” Council, she said, will want to ensure that members of the Police Accountability Board reflect the public, that the board has “the right racial mix, the right neighborhood mix.”

City Council’s forums should be an important part of the community’s deliberation about a Police Accountability Board, several Council members said. “Council is going to have its piece and the mayor has hers,” Willie Lightfoot said, “but the first component to all of this has to be the educational component. The proposals are just one part of this. It took us a whole year just to break all of this down and understand what we’re dealing with.”

“We want to have public sessions that are not gripe sessions, but educational,” Lightfoot said. “Look, there’s the state law that’s involved in this, there’s the bargaining unit, and there’s the public. If we could just take this opportunity to be open and put all of the facts on the table, it could be transformative.”

And Malik Evans, who served 13 years on the Rochester school board (six of them as board president) before joining Council a year ago, injected a note of caution about public expectations, given the concerns about state law, the union contract, and expenses: “What I’ve tried to do in public service is be pragmatic,” he said. “I don’t promise what I can’t deliver.”

“We’re at a point now where we really need to get some answers,” Evans said. “I have to get answers. Whatever we propose, I want it to be a very transparent and fair process.”

“It comes down to this,” he said: “How do we strike the right balance?”

“Regardless of what we come up with,” Evans said, “whether it’s the mayor’s version or Council’s version, there will be people who like it and people who don’t.”

“This is a historic procedure that we’re going through right now,” Lightfoot said. “I don’t know if people appreciate just how important this moment is, but what we’re doing could be transformative.”