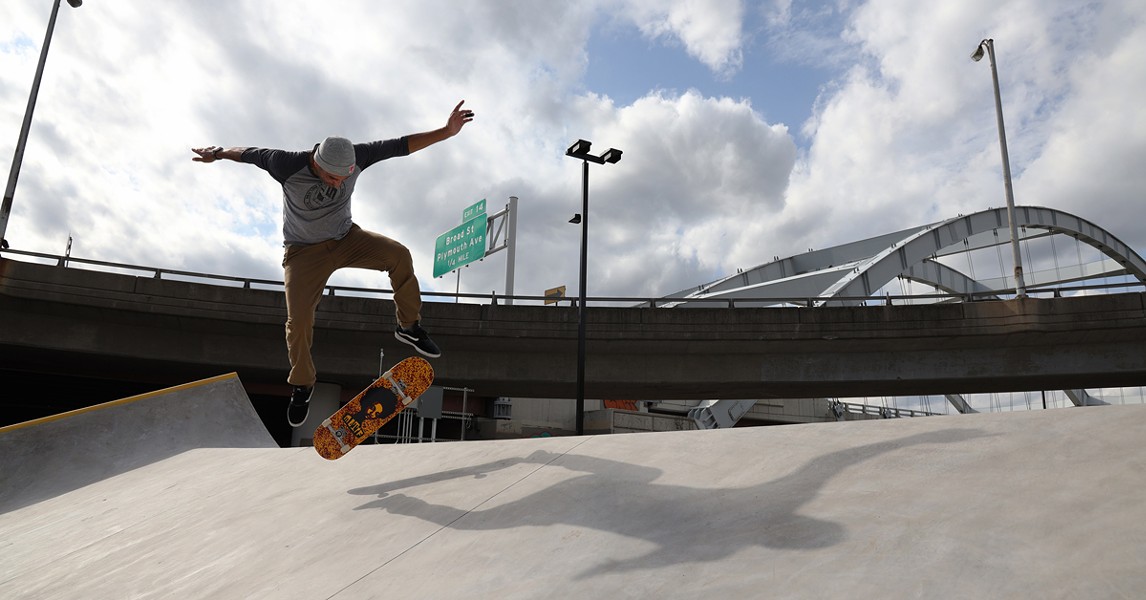 PHOTO BY MAX SCHULTE
Almost a year after the grand opening of the Roc City Skatepark, the city is making a move to begin planning for the second phase of the long-awaited attraction beneath the Frederick Douglass-Susan B. Anthony Bridge.

This month, the Rochester City Council will vote on a $150,000 contract with Stantec, the firm that designed the now-completed first phase of the park, to design the second phase.  The new section  will add about 11,200 square feet of skateable surface area to the park.

Part of the city's "ROC the Riverway" initiative, which is a series of projects meant to make better use of the Genesee River waterfront, the skatepark opened in November. When the first phase of the park opened, it represented the culmination of 13 years worth of work by community advocates, working under the banner of Friends of the Roc City Skatepark, who pushed for a haven for Rochester's skateboarding, roller blading, and BMX community.

The first phase of the park, while featuring some street obstacles like stairs and rails, is notably focused on ramps such as quarter pipes, banks, and a large bowl. The second phase of the park will add more street-skating oriented obstacles, including rails, ledges, and gaps.

Should the contract pass, and there's no sign that it won't, Stantec would begin the design process this fall. The city expects construction to begin on the second phase of the park in spring 2023 and it estimates the cost of the work at $1.5 million.