January 15, 2020
When Miquel Powell learned he was one of nine people the Rochester City Council would announce as appointees to the city’s new Police Accountability Board, the 38-year-old substance abuse counselor and father of three was beaming.

His selection to the panel was not something he, nor likely anyone who knew him in his troubled youth, could have imagined for him. Then his past caught up with him. 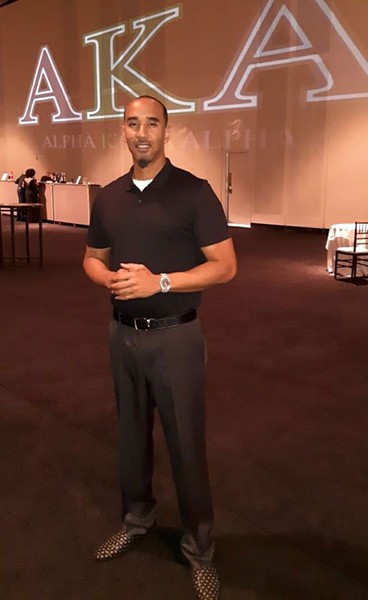 On Thursday, a day after his name was announced, Powell’s selection was being questioned in light of the years he spent in prison for shooting a woman. His past surfaced like most things do nowadays — online — and prompted a robust debate about his fitness for the board.

“I had a feeling it might come out,” Powell said.

Like the other appointees, Powell has not been confirmed. Council is scheduled to vote on all the appointees next week. He said, though, that he would not withdraw his name unless Council asked him to do so, and members showed no signs of making such a request.

Powell spoke by phone from his desk at Catholic Family Center, where he counsels people with drug and alcohol addictions. “It’s nothing I hide,” he said of his past. “I’m an open book.”

Even if he had wanted to, hiding his past might not have been possible.

Powell’s crime was a high-profile case when it went to trial in February 2003. The previous June, he fired a sawed-off shotgun through the front door of a house on Scio Street that doubled as a day care, striking a woman inside. He was 21 at the time.

The woman, who was reportedly picking up her six-month-old son, was hit in the arm and hospitalized. Police said that had she not slammed the door as Powell approached, she might have been killed. Powell was charged with first-degree assault.

He was eventually convicted of second-degree assault after jurors determined at trial that his intended target was not the woman, but a man who had assaulted him on the street and had run inside the house for cover after Powell pursued him with the gun.

Powell was sentenced to seven years in prison, and spent the next five years behind bars. When he went away, he had a newborn son.

“I lived a street life,” Powell said, telling of how he had dropped out of East High School at 16, did time for low-level crimes, and gotten into drugs. “I wasn’t doing drugs. I was more of a drug dealer.”

He maintained he had no idea the house he fired upon doubled as a day care. He knew it, he said, as a drug house. He recalled firing the gun and running away.

“I didn’t know I hit anyone until I got home and saw it on the news,” Powell said. “Then I saw the day care thing and said, ‘Oh my God.’ I knew it was serious and that I was going to have to face that.”

State corrections records and newspaper archives list Powell’s first name as “Miguel,” with a “g,” and not as “Miquel,” with a “q,” which he goes by today. Powell explained that his given name is Miquel and that the police, and by extension the criminal justice system, mistakenly used “Miguel.”

“During that time, I realized I just wanted something different,” Powell said. “I started educating myself and started looking at things differently. I wanted to live differently and give back to my community.”

Two years after his release, Powell had made the dean’s list at Monroe Community College. He would go on to earn an associate's degree and, later, bachelor's degree in social work from The College at Brockport-SUNY.

He would become a state certified counselor and found the Reentry and Community Development Center on North Street, a facility that helps newly-released convicts readjust to civilian life. He would also become a father two more times, to another son and a daughter.

And he would stay out of trouble. The only brush he has had with the courts since his release involved a civil judgment for $1,500 he once owed a credit card company. Court records show he has since paid the debt.

His background, Powell said, makes him an ideal candidate for the Police Accountability Board. He said he disclosed his criminal history during the application process.

“Those experiences can help you on the PAB,” Powell said. “That was one of the things that a lot of supporters pushed for. They were aware of my street life and the interactions I had with police in those days. Being the activist I am and an educated man, I can help the board understand certain cases.”

The board, the legality of which is pending a challenge in state court from the police union, is to be an independent office of city government responsible for investigating allegations of police officer misconduct. It would have the power to issue subpoenas, impose discipline, and assess police practices and procedures.

The primary criticism of Powell’s appointment on social media networks was with what critics saw as his potential for having an ax to grind against police and being in a position to discipline them.

Some pointed to posts on his Facebook page from over the years that highlighted images of people of color who were allegedly beaten or killed by police without provocation and another that questioned whether police were "the good guys."

Michael Mazzeo, president of the Rochester Police Locust Club, the police union, declined to comment directly on Powell, citing his organization’s pending litigation to overturn the law that created the board.

“No matter what the responsibilities or powers of this board or any other board which serves the city, we would only hope that those who applied did so for the sole purpose of working to improve our city and do so with integrity and commitment,” Mazzeo said.

Powell was among 12 people recommended to the City Council by the Police Accountability Board Alliance, a grassroots organization credited with bringing the board to fruition and responsible for vetting candidates.

Council members selected four members from that pool and another four of their own. The ninth member was selected by the mayor. The news release announcing the selections read that 61 people had applied.

“I do think a PAB is needed and I wanted to be part of the start-up process,” Powell said. “The community interviewed me. I was selected to be on the board based on my credentials and there is no reason I shouldn’t be on the board, in my opinion.”

On Thursday, after Powell’s background surfaced, Council members reiterated their support for him. They confirmed they were aware of his criminal history during the application process and said they ran background checks on all the appointees.

“Of course, you know, we looked into everybody’s situation and we knew he had a past. That did not hinder him,” Lightfoot said. “We believe that his credentials and what he brought forth and how he’s changed his life since and the value he’s bringing to the community superseded anything.” Powell recalled meeting his shooting victim by happenstance a couple months after his release in 2008. He was not to have any contact with her at the time, he recalled, and said he was nervous when she approached him.

But they spoke, he said, and hugged. He said she asked him for his phone number, which he gave her. He said he has not seen her since but believes she holds no animosity.

A message left online for the woman on what appeared to be a social media account belonging to her was not returned. Attempts by CITY to reach her in person were unsuccessful.

“I regret the fact that an innocent person was shot and injured. But I don’t regret the overall scenario,” he said. “What I mean by that is I wound up having to do a lot of time, but if I didn’t do that time I wouldn’t be the man I am today.

“I regret that someone had to be injured to propel me to the life I have today. But I would have continued with the street life.”