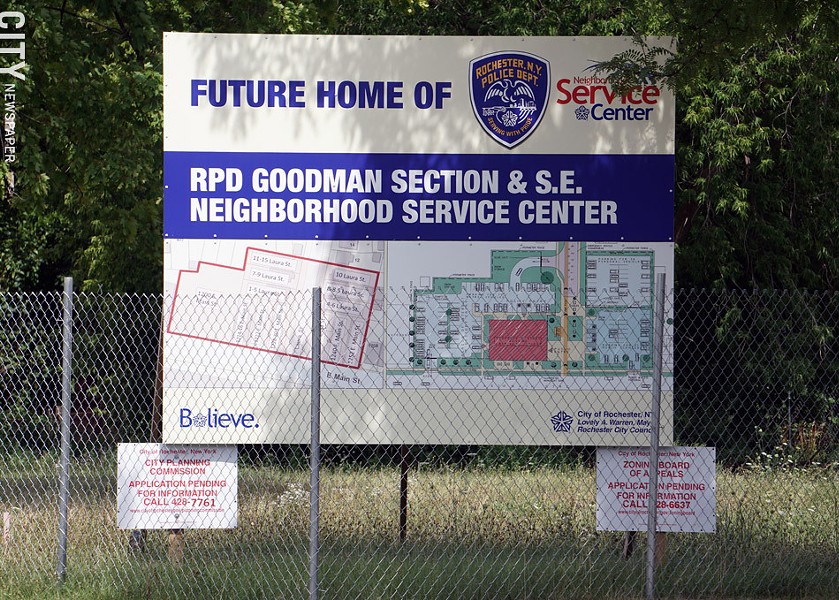 The Rochester City Council voted Tuesday to rescind its approval of funding for a new $16 million police station on East Main Street in the Beechwood neighborhood.

Council President Loretta Scott and Council members Mitch Gruber and Mary Lupien on Friday introduced legislation to repeal $12.6 million in bonds approved for the project last month. The legislation, which passed 7-1, also severs all professional agreements to build the station.

The sole vote against pulling the funding came from Council member Jose Peo, who last month voted against the bonding measure.

The 21,000 square foot site also would have housed the Southeast Quadrant Neighborhood Service Center, which is currently located at Village Gate Square on North Goodman Street.

The funding reversal was a direct response to the death of Daniel Prude and the subsequent resignation of some top staff in the Rochester Police Department, including former Police Chief La’Ron Singletary. Singletary announced his resignation last week and was supposed to depart at the end of the month, but he was relieved of command Monday by Mayor Lovely Warren.

“We have a lot of work to do to build back trust right now, and I think now is a good time to hit pause as we continue to do this work,” Gruber said.

In January 2019, the city spent $415,000 to purchase the land at the corner of East Main and Laura streets where the station was to be built. Council members said now is the time to rethink what could go there.

Gruber said he doesn’t want the land to become a “hole” on East Main Street.

The Beechwood site was to be the first of three new stations planned throughout the city. The others are planned to be built on Genesee Street and Lake Avenue as the city moves to a “section” model of policing.

“I really look forward to what does go into this location,” Lupien said. “There’s many things that it could be as we reimagine policing and violence prevention measures. It could be for mental health crisis teams, we don’t know, but I’m looking forward to the process of engaging the community on what that space could be.”

In other developments, Council voted unanimously to begin an independent investigation into Prude’s death. The investigation, which is set to begin immediately, will be separate from any inquiry conducted by the Warren administration. The investigation will be carried out by Andrew Celli, the Manhattan-based lawyer who is representing City Council as it defends the creation of the Police Accountability Board. Council approved a maximum payment to his firm of $100,000.

The investigation will seek to establish a timeline of events beginning with Prude’s arrest on March 23, according to the legislation. It will also have the objective of determining whether members of city government, including Warren and City Council, were “accurate and forthright” about what they knew about the case, either in public statements or between one another.