November 10, 2020
CORRECTION 11/10/20: This story has been updated from its original version to reflect that City Council President Loretta Scott is calling for the City Council and the Police Accountability Board to come to terms on the board's place in city government, not to unify in confirming a new executive director.

The president of the Rochester City Council has called for unity between its members and the Police Accountability Board on the board's place in city government, as lawmakers prepare to vote Tuesday on the confirmation of the board's inaugural executive director. 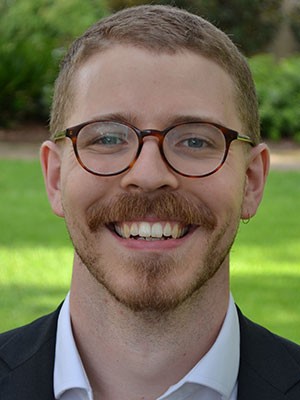 The call from Loretta Scott follows days in which some City Council members and the would-be director, Conor Dwyer Reynolds, were at loggerheads over Reynolds's perception that the board will be a body independent of city government.

“The city and the PAB must have a harmonious relationship,” Scott said in a City Council meeting on Monday. “We cannot, and will not, be at odds. That's because that won't move us toward the ultimate goal, which is justice."

Reynolds, a lawyer and lecturer at Yale Law School, was approved by members of the Police Accountability Board to fill the role of executive director last month, pending confirmation by City Council.

But Reynolds’s appointment came under scrutiny last week from some City Council members who took issue with a 10-page legal memo he sent to city officials describing the board as "a wholly independent body, non-subordinate agency of the city," including City Council.

Lawmakers argued that the new PAB is subordinate to the City Council. While not totally independent, they said, the board differs from its predecessor in that it is not under the umbrella of the Rochester Police Department or funded through that department’s budget.

In his memo, Reynolds contended that the PAB would have the authority to control its own budget. Councilmember Michael Patterson disagreed.

“Your memo, as written, seems to assert powers that I, as a councilmember, never voted for,” Patterson told Reynolds at the hearing last week.

The creation of the PAB, which was overwhelmingly confirmed by voter referendum last year, has had much of its authority granted in law stripped away by legal challenges from the Rochester police union.

But city officials are pressing forward with the establishment of the board while appealing court rulings that clawed back some of the board’s powers as originally written in law. For instance, the city is currently in court defending its vision for the PAB to discipline officers.

The PAB, in the local law, is described as “an autonomous office of the city separate from the Rochester Police Department and other local, state, and federal law enforcement agencies.”

Councilmember Mitch Gruber said last week that the City Council interprets the term “independence” in this context to mean the PAB is not tied to the RPD.

Throughout the hearing last week, Reynolds was questioned on why independence from City Council was a critical issue for him. Reynolds said his memo was meant to outline his understanding of the PAB’s role under the City Charter, as he anticipates more potential legal challenges to the board.

“Those rules, as I see them in the text of the City Charter, require a certain process and that process needs to be followed,” Reynolds said. “And I want to make sure that this board follows the letter of the law when it comes to these things.”

Before pulling council members into an executive session on Monday, Scott, the president, likened the disagreement between the PAB and the City Council to growing apart from a childhood friend. She stressed that the City Council is supportive of the PAB’s mission.

“We are the premier advocates for this effort,” Scott said. “It troubles me that we appear to be in a different space and on different pages in terms of our understanding and our commitments.”