July 25, 2018
The City of Rochester and some advocates for the homeless are one step closer to establishing a designated encampment for the chronically homeless.

City Council unanimously approved a measure Tuesday night that transfers 97 Industrial street, a vacant lot near West Broad, to the Rochester Land Bank Corporation. Council member Jackie Ortiz abstained from the vote because she is Council's representative on the land bank's board. 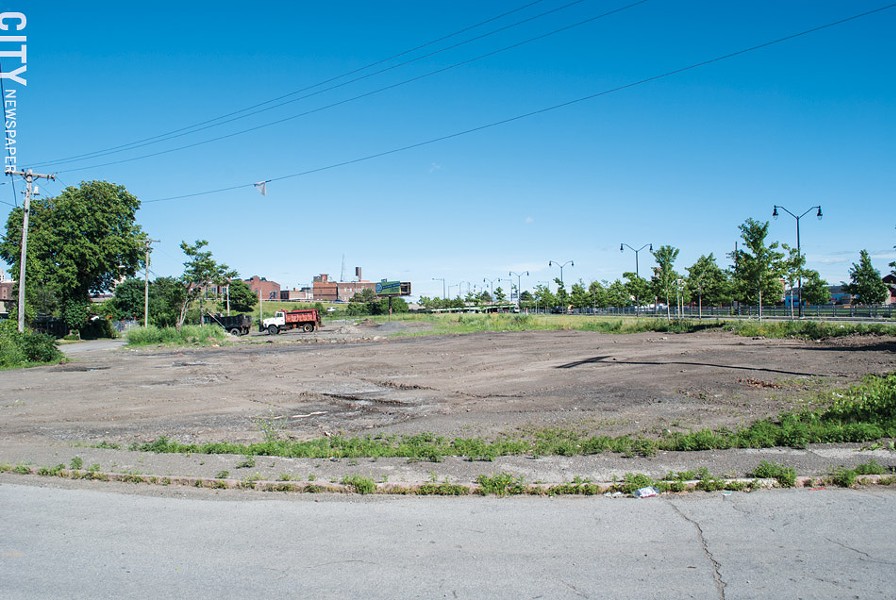 The land bank is an entity the city set up to help get problem houses and properties back into productive use.  It can make improvements to the site before it sells or transfers the land to a permanent owner, and the city does have plans to make some basic improvements to the site. Ultimately, if things go according to plan, the land will be turned over to the City Roots Community Land Trust.

During Tuesday's meeting, City Council members indicated they wanted an entity with some sort of oversight board to operate the encampment. Mayor Lovely Warren said that transferring the property to the land bank will allow the city, the advocates involved in the encampment talks, and other local service providers working with the homeless, a chance to develop a plan to help and support the residents.

"This is not a situation that is going to go away," Warren said.

There is some urgency to the matter.  A few people have been living in tents at the edge of Spectrum's property between South Avenue and Mt. Hope Avenue, and the company wants them off the land by September 1, according to several speakers Tuesday night.

The city, county, and organizations that help the homeless have struggled with the encampments for years. and the residents have endured several rounds of displacement: they were kicked out of the Civic Center parking garage after years of using it for nighttime shelter, they were forced out of Washington Square Park, and their tent city under the Douglass-Anthony bridge was razed.

"This is currently a game of whack-a-mole," said Joe Di Fiore, president of the community land trust's board.

Michael Murphy, a Catholic Worker at St. Joe's House of Hospitality, said the workers at St. Joe's would rather see people living indoors, but they know there are people who would rather live outdoors than in shelters. They need a safe place where the can live without fear of eviction, he said.

Other homeless service providers said they have concerns about the plan; some opposed it, others were neutral, and others still cautiously supported it. They said they want to make sure that residents are getting services that could help them and that the camp will have staff and resource needs. There still needs to be an effort to get homeless people into permanent housing, they said, and a sanctioned encampment may direct people away from permanent housing.

Council Member Elaine Spaull, who is executive director of the Center for Youth, said council has heard those concerns. "We all personally pledge to do this as best we can," Spaull said.

Council President Loretta Scott said the measure would allow the city to take the necessary steps to ensure that matters of safety and readiness are addressed.

City Council Vice President Adam McFadden spoke in favor of the idea, though he said there was a lack of dialogue with the site's neighbors; several expressed concerns to Council earlier in the evening on issues such as sanitation and appearance.  He also said Council was being forced to respond to a human services matter that the county is supposed to be handling.

"The county cannot be let off the hook," he said. "This is the county's issue."

Council member Willie Joe Lightfoot echoed McFadden. But the problem is on the city's doorstep, he said, and it needs to take steps to meet the needs of people who don't want traditional housing.

"They're just going to go somewhere else, and we're going to keep pushing them around the city," Lightfoot said.