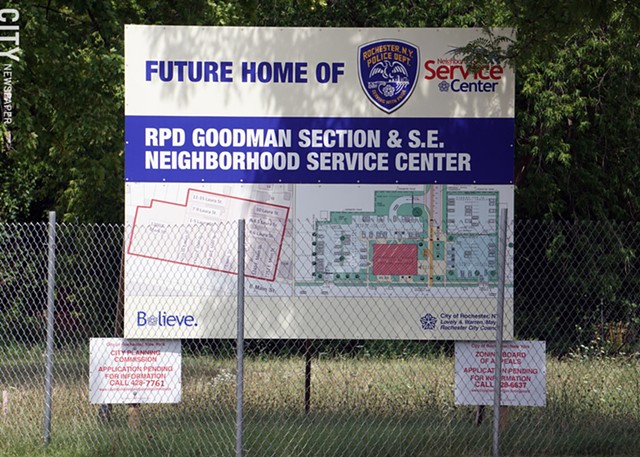 The $16 million station became a contentious issue over the past week, as activists and community advocates rallied to stall or cancel the project, citing tensions over policing as well as concerns about racking up debt at a time when the city is financially strapped. Dozens of speakers — through videoconferencing, voicemail, and e-mail — expressed their concerns to Council prior to the vote.

Lupien, who represents the Beechwood neighborhood where the station will be built, pushed for her fellow Council members to scrap the project.

“There’s a conflation between its construction and a community policing model that would build relationships between police and community, which my neighbors do want,” Lupien said. “This building will not do that.”

Peo, a longtime, vocal supporter of law enforcement, said he decided to vote against the project following conversations with Lupien on the needs of her district.

“The community does have a voice, and in this instance, you see quite a bit of a divide in the community in regard to this specific legislation,” Peo said. “In that case, I heed to the person who represents that district.”

Activists urge Council to vote no on new police station
With a vote planned for tonight, activists and residents are urging City Council to vote no on a new $16 million police station in Beechwood
By Gino Fanelli
News
In voting no, Ortiz said the bonds and investments already made into the project were something that she wished could be repurposed. In January 2019, Council pledged nearly $900,000 to the project for acquisition of properties on Laura and East Main streets to make way for the station, a portion of which was in bonds.

“I wish the funding could be repurposed, but it is just inaccurate that it can,” Ortiz said.

Councilmember Michael Patterson, after apologizing for an outburst against Lupien earlier in the meeting, said it was not an easy decision for him to vote yes. It was a vote that required him to weigh the pros and cons, and reconcile what he believed would best benefit the community.

“I would encourage you folks to remember that even though you may not like the police, the calls I got, on a consistent basis, from my community are about issues of public safety where they need the police to respond,” Patterson said.

The city has held three public hearings and input sessions on the proposed police station over the past two years, and neighborhood organizations have expressed support. The initial public input session for the project, held in October 2018, drew largely positive responses from those in attendance. But 40 people submitted comments during that session, less than half of the opposing comments Council received regarding Tuesday’s vote.

As Council members debated the funding measure, much of the discussion centered on the outreach around previous public hearings for the project. Lupien argued the construction of the new police station was not common knowledge in her district, while Council President Loretta Scott said the sudden mobilization against the project was “offensive” to the process that had proceeded the vote.

Councilmember Mitch Gruber said the emerging opposition to the East Main station should serve as a call for Council to do its due diligence before proceeding with two planned police stations, one on Lake Avenue and one on Genesee Street.

“There certainly has been a great deal of outcry about this project,” Gruber said. “The reality is that people are really surprised by the price tag and that these projects are even happening, and I think that’s a call for really going through and checking what the northwest and southwest wants.”

The $16 million project will be paid for with $12.6 million in bonds as well as a $1 million state grant and police department forfeiture and property clerk funds. The 21,000 square foot structure will also house the Southeast Quadrant Neighborhood Service Center. The city expects to begin construction on the station this fall.