The lack of Republican participation in city politics means that the Democratic primary elections, in many cases, decide who wins the office. Your choice is essentially limited to two or more people whose viewpoints probably aren't very different. Active third parties do exist in Monroe County — the Green Party, in particular — but they haven't yet been able to mount competitive campaigns.

So, true to form, this year's general election for City Council mostly features well-known Democratic incumbents and practically unknown third-party challengers. All four district seats are up this year on Council.

The general election is on Tuesday, November 3.

It would be difficult to overstate the challenges facing the City of Rochester over the next few years. The city continues its struggle with concentrated poverty, loss of manufacturing jobs, and pockets of violence in some neighborhoods. Rochester was one of several cities to experience an uptick in shootings this summer.

Among short-term issues, the city has reorganized the police department, and Council will have to decide whether neighborhood precincts will be part of that. City Council will also decide how to implement a police body-camera program, and whether Rochester needs a new downtown theater.

This is not the time for rookies, which is a big reason why we are sticking by the endorsements we made in the primary elections. For City Council, that's Elaine Spaull in the East District, Adam McFadden in the South District, and Molly Clifford in the Northwest District. Spaull and McFadden are incumbents. Clifford is not, but she's a longtime player in Democratic politics and has held a few positions with the City of Rochester.

Democrat Michael Patterson is the incumbent in the Northeast District, but he has declined to speak or meet with City, so we cannot endorse him. Patterson was appointed to Council in 2013 and previously served on the Monroe County Legislature. He is also Metro Justice's former social action chair. Metro Justice advocates on social and economic justice issues.

Elaine Spaull, executive director of the Center for Youth, is seeking her third term representing the East District, which includes part of downtown and well-off neighborhoods in southeast Rochester as well as the more challenged Beechwood neighborhood. 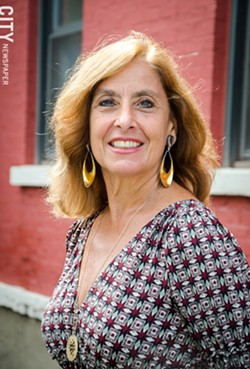 Spaull is a ubiquitous presence in her district and in the broader city. She's smart, engaged, and knowledgeable about the challenges and opportunities in the city. Council is better with her there.

She is being challenged by Green Party candidate Anthony Giordano, owner of Anthony's Olde-Fashioned Birch Beer. Giordano is well-intentioned and passionate about issues that directly affect city residents, such as snowplowing and red-light cameras, but that's simply no match for Spaull's experience, skills, and commitment. 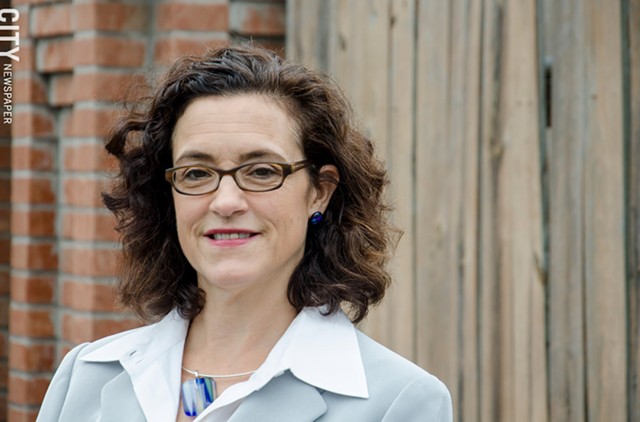 Molly Clifford has held several different positions with the city, the last being director of fire administration. She is currently executive director of Community Health Strategies in Rochester. Clifford is also the former head of the Monroe County Democratic Committee, and she led the campaign that got Bob Duffy into the mayor's office in 2006.

Clifford is being challenged by Perry Johnson, who is running independently on the Citizens of Northwest Unite party line, and by the Green Party's Dorothy Paige.

Clifford's familiarity with city issues and city government means that she will hit the ground running, and she already has a relationship with many Council members, local businesses, and neighborhood groups.

She's also knowledgeable about the issues in the northwest and has specific ideas to improve the quality of life there, such as possible partnerships between MCC's Damon Campus and Eastman Business Park.

Perry Johnson, a childcare worker at Villa of Hope in Greece, is enthusiastic about representing the Northwest District, and you have to admire someone who jumps into the race out of pure desire to improve the city. But compared to Clifford, his knowledge is thin.

Dorothy Paige is an interesting woman who seems to lead an eclectic, remarkable life. She has travelled widely and spends summers at the Renaissance Festival, cleaning bathrooms and sleeping in a tent. She's also a counselor at Genesis House, a shelter for homeless youth in the city.

Clifford owes her career to political patronage, Paige says, while she would be the voice of the people. Paige wants more affordable housing in the city and more programs that work with the homeless. She's against the Port of Rochester redevelopment project, which would put a hotel and condos at the port; Clifford says the project is too big.

Paige also says that the city should look into micro housing for the homeless.

Our endorsement goes to Clifford. She works hard, is personable and responsive, and has done well in the positions she's held in city government. Her opponents just don't measure up.

Adam McFadden is a candid, committed representative. He's particularly passionate about public safety issues and speaks with authority and authenticity for many residents of the inner city. Many people seem to consider him their first point of contact when they're having an issue with the police department.

He is being challenged for the South District seat by the Green Party's Alex White, who has run for mayor and for City Council in the past, and by Ann Lewis, who is running as an independent candidate. The district covers the 19th Ward, SWAN, Upper Mount Hope, Lilac, Highland Park, South Wedge, and Susan B. Anthony neighborhoods.

White, owner of Boldo's Armory on Monroe Avenue, has grown since he came onto the political scene in 2011. He understands that while victory is a long shot, third-party candidates can make mainstream candidates focus on issues that might otherwise be overlooked.

But some of White's assertions strain belief, such as when he says that the City of Rochester got the idea to outfit police officers with body cameras from his past campaign platforms.

Lewis is a former special education teacher in the Rochester school district, former rehabilitation counselor with the Monroe County Sheriff's Department, and a victim service worker for the Rochester Police Department.

Lewis says she'd fight for more affordable housing in the city and for the city to provide more money for start-up businesses.

Lewis has good intentions, but she's green. And it's difficult to make a case to choose her over McFadden's experience and knowledge.

McFadden is the best choice.