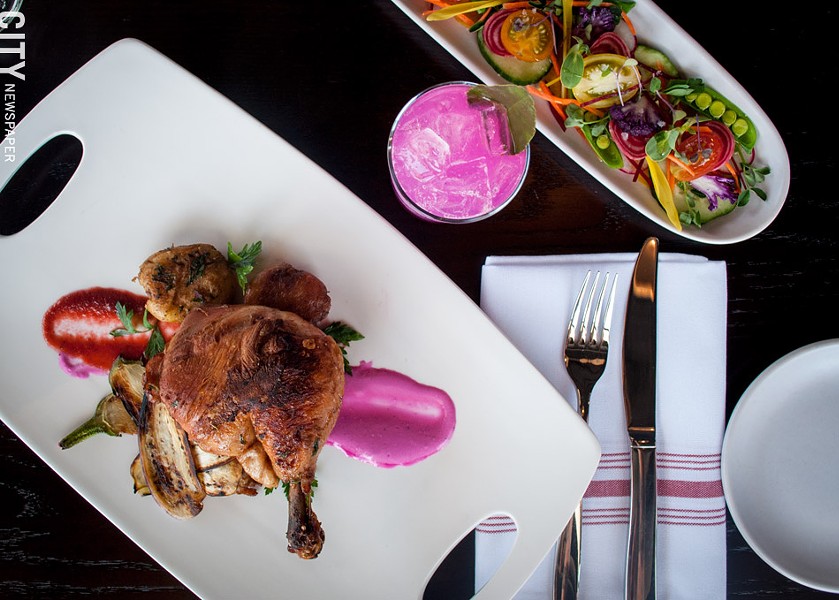 Once Ross Mueller took over the ownership of Label 7 in Pittsford from the Mourgides family, he got the itch to open another restaurant and wanted to do it downtown. Mueller’s grandfather was one of the original engineers behind Midtown Plaza and Ross wanted to honor his grandfather’s contribution and be a part of the revitalization of the city center. Mueller was towards the end of a deal with another downtown location when he got the call about opening his restaurant at Three City Center. After visiting the space and seeing the potential there, he went with his gut and decided that Three City Center would be the home of Native Eatery and Bar (180 South Clinton Avenue).

One of the main selling points of the new space was the size of the patio. “The biggest thing I learned from owning Label 7 is how important the patio is to people,” Mueller says, adding that the patio the owners had in mind for Native “was a big, beautiful thing and it turned out to be a big, beautiful thing.” Native will feature live music both out on the patio and inside throughout the year.

Mueller worked with head chef Jason Carlson at Label 7 and brought him on board for this venture as well. “I hate to use the term ‘farm to table’ because I think at this point it’s been bastardized, but that’s really what the menu is going to be,” Mueller says. “It’s what it should always have been and what we did for thousands of years, hence the name Native.”

Carlson will utilize as many local ingredients as he can get his hands on, from the dough for their house pizza to the ingredients used behind the bar. The specials will rotate, and Mueller hopes his customers will branch out and try new things, like the Cast Iron Roasted Chicken ($17), served with beet, yogurt, and spiced eggplant, or Native’s take on the lobster roll ($23) served with Maine lobster, tomato, celery, and tarragon aioli.

Paul Milne is heading up the bar program and the emphasis on local ingredients extends to the cocktail menu as well. Mueller hopes to utilize as many local liquors and mixing ingredients as possible going forward. The Stallion features Ketel One vodka, house-made grapefruit ginger beer, Chareau (an aloe vera liqueur), Aperol, Mint, and lime. 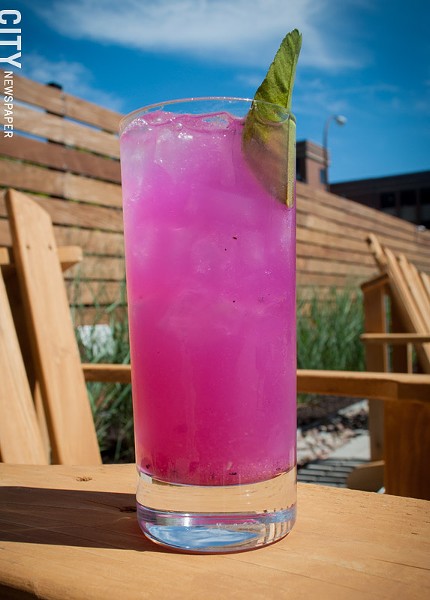 Native is currently open for limited hours, but plans to expand the dinner menu and add lunch hours as well in the coming months. Mueller plans to throw a grand opening celebration on Sunday, September 16, with live music. The Market at Native serves breakfast sandwiches from 7 a.m. to 11:30 a.m. Parking is available in the Woodbury Garage and Mueller is working with the City of Rochester to make parking even easier.

Native Eatery and Bar (3 City Center, 180 South Clinton Avenue) is open for dinner Tuesday through Thursday from 5 to 9 p.m., and Friday and Saturday from 5 to 10 p.m. Cocktail hour starts at 3:30 p.m. and lasts until one hour after dinner service ends. 351-6121; nativerochester.com.

The Landmark Society’s Young Urban Preservationists will once again present the Bikes, Beers & Buildings scavenger hunt on Saturday, July 28, with check-in starting at 12:30 at Fifth Frame Brewing (155 St. Paul Street), and the hunt taking place from 1 to 4 p.m. Bike teams of up to six people will traverse Rochester’s historic sites collecting clues. Registration is $12 per person and teams will need at least one smart phone equipped with Instagram to participate. Purchase tickets here and find more information on the Facebook event page.

ROC the Taste will take place on Friday, July 27, and Saturday, July 28, from 11 a.m. to 11 p.m. at Parcel 5 (275 East Main Street). Admission to the event is free and local food vendors will offer $1 samples. Proceeds will benefit Wilmot Cancer Center and Honor Flight Rochester. Live music on two different stages will take place all day with performances by Teagan & The Tweeds and Ruby Shooz, among others. Boxcar, Peppa Pot Flava, and Le Petit Poutine are just a small selection of the more than 30 vendors participating in the event. More information at rocthetaste.com.

The French Quarter Café (130 Spring Street) will host a Jazz & Jambalaya Fundraiser on Sunday, July 29, from 2 to 5 p.m. Proceeds from the event will support programs at The Baobab Cultural Center & Ujima Rochester, Inc. Tickets are $50 and include a buffet dinner, cash bar, and music by The Nate Rawls Band. Purchase tickets at tryupliftingouryouth.org.

The August edition of Rohrbach’s Food and Beer Pairing will take place on Tuesday, August 14, from 6 to 8 p.m. at the Rohrbach Beer Hall (97 Railroad Street) with a Southwest-influenced menu. Tickets are $50 per person and include a tour of the brewery and a five-course dinner and beer pairing by Chef Steve Frank. All reservations must be made before of August 7. More information and menu online.

Kainos, a new Mediterranean eatery, has opened at 4768 Lake Avenue.