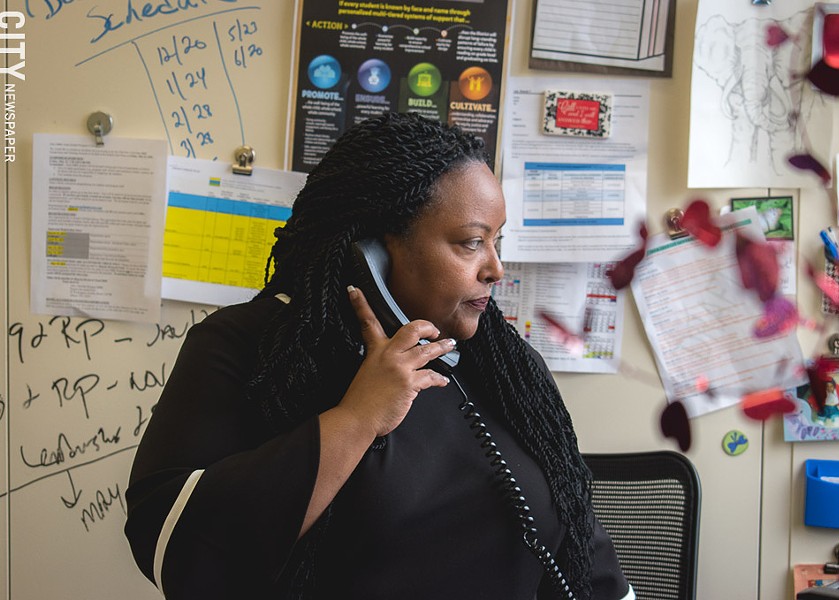 PHOTO BY RYAN WILLIAMSON Ruth Turner: Sometimes it's obvious that something is wrong, but sometimes it isn't. 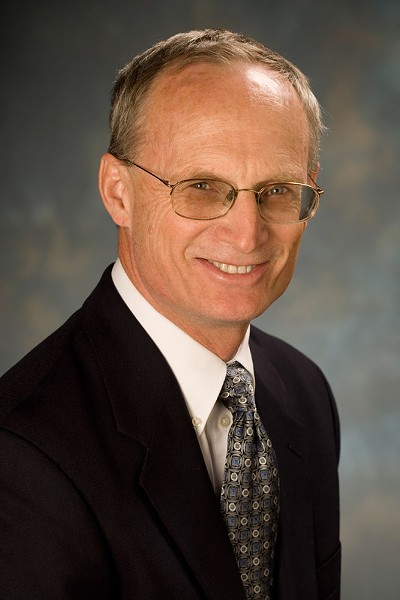 PHOTO PROVIDED Dirk Hightower, a psychologist and executive director of the Children's Institute.

When state Education Commissioner MaryEllen Elia and Attorney General Letitia James released the findings earlier this month concerning the death of Rochester student Trevyan Rowe, they couldn't have been tougher. They slammed the district for a slew of "systemic failures" in school policies and procedures.

Trevyan, who was a student at School 12, appeared to have an undiagnosed mental health "disorder," the investigation report said. He was described as being shy and withdrawn and had talked openly about committing suicide. And when he walked away from the school in the morning, his absence wasn't detected until late in the day. His body was found in the Genesee River days later.

But viewing Rowe's death as a tragic isolated incident misses a much larger, broader issue, some mental-health professionals say. The report from the commissioner and the attorney general exposed what some Rochester-area professionals say is a crisis in providing mental health services. There's a "desperate need," they say, to take a serious look at children's mental health in Rochester, train more people to recognize social-emotional disorders in children, and increase the number of treatment providers.

The concerns about children's mental health are not confined to Rochester, either. There is some evidence that social-emotional disorders in the nation's youth are increasing, though there is no single explanation for it. Nearly 8 million children and teens in the US, about one in seven, have at least one treatable mental health disorder, including depression, anxiety, and ADHD, according to a 2016 University of Michigan study published in JAMA Pediatrics. And half never receive treatment, the study says.

But there's a gap between what is required and what is happening. This raises questions about school districts' capacity to address students' mental health problems. Are schools intended for the education of students? Or should they provide physical and mental health expertise in addition to everything else they're expected to provide?

Safety and protection of children when they're in school is a non-negotiable obligation for school staff, says Jay Worona, deputy executive director and general counsel for the New York State School Boards Association.

"Any time a horrible situation happens, I can't think of a district staff that wouldn't be devastated," Worona says. "But the question is whether there is culpability. Something happened, and the facts are the facts."

We should have discussions about resources and unfunded mandates, Worona says. "But at the end of the day, the obligation is the same," he says.

The Rochester school district has about 100 full-time, licensed, and certified clinical social workers, says Ruth Turner, the district's chief of student support services and social-emotional learning. There's at least one of these clinicians in every school, Turner says. But considering that some schools serve pre-kindergarten through 12th grade, with hundreds of students, the demand for the clinicians' time is huge.

"They are responsible for all students in that school," Turner says.

There are many "entry points," as Turner puts it, for determining that a student needs help: a referral by a teacher, a call from a concerned parent – and many times, students seek help themselves, she says.

Many other signs could indicate that a student needs help, Turner says, one of the biggest being changes in behavior. While teachers aren't asked to make a diagnosis, for instance, they should notice when a talkative student becomes withdrawn or when a student who's outgoing and active in clubs and sports suddenly loses interest.

Sometimes it's clear that something is wrong, but sometimes it isn't, Turner says.

"Depression can present as sadness, but it can also present as anger," Turner says.

In many instances, assessment and treatment begins with the school social worker, who can provide in-school counseling either on an individual basis or with a group of students. If the student's problem is so serious that it requires medication or more intensive care, the social worker may refer the student to another care provider, such as a child psychiatrist.

"But it all depends on parental consent," Turner says. "They have a right to decline, and when that happens we're not left with many options. They may want to talk to their faith leader or someone else. If we perceive neglect, we try to work with the parent. But if that doesn't work, sometimes we have to call Child Protective Services."

The district will help families with everything from driving the child and parent to a doctor to connecting them with an insurance provider if they're uninsured. But there are often many obstacles to overcome, especially for low-income families.

"There's the issue of stigma that we deal with," Turner says. "Some people believe a mental health disorder is a sign of weakness. Sometimes they're seeing a therapist, and that person leaves. They tell us they get tired of telling the same story over and over."

Still, there's a definite lack of services and professionals with social-emotional training, says Dirk Hightower, a psychologist and executive director of the Children's Institute.

"Just try and find a therapist for a child. Good luck," Hightower says. "There's a real shortage of treatment options, and in many schools there's nothing at the preventative level."

And Hightower says there's an underlying problem in how we view mental health in children.

"We have to see the whole child, and mental health is one part of a whole child," he says. "If a child is going to bed hungry or the child is homeless, the best therapist in the world may not be able to help until we address those other issues."

We have to teach mental health awareness to our youngest children and to all of the people who come in contact with them, not just their teachers, says Melanie Funchess, director of community engagement at the Mental Health Association and a former Rochester school board member.

"There have to be people in their lives who are alert and know how to speak to them, because they may not go to a teacher or a counselor," Funchess says. "They may go to the lunch lady or the bus driver."

There needs to be what Funchess describes as a "clarion call" that focuses the attention of all adults on the issue of children and mental health in Rochester.

There's a desperate need for more services, and the district and the community's capacity to help children is stretched, Funchess says. But, she adds: "We don't look at these children as our own children, so we don't ask, 'Hey, what's going on with you today?' We've got to get to a place where the kids in this community are seen. That's our job, and there was a time in our community when we did this."

"There were a number of adults in this child Trevyan Rowe's life," Funchess says, "and all of us failed him. We need to say, 'not one more.'"