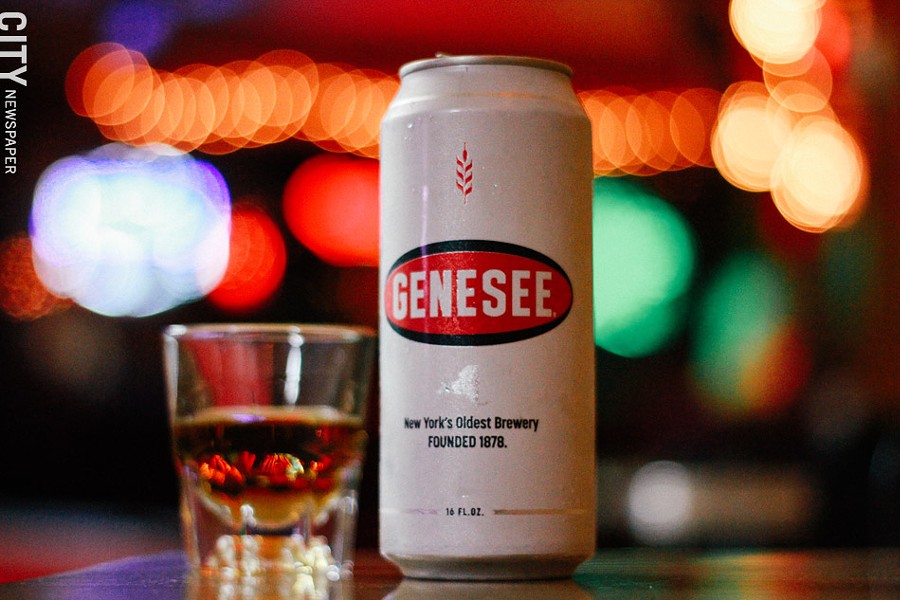 The North Winton Village neighborhood has seen a resurgence over the last few years, with young professionals migrating to the area in droves. If you've driven past The Winfield Grill lately on a Saturday or Sunday afternoon and seen the hordes of tipsy 20- and 30-somethings pouring out of there after brunch, you know what I'm talking about. New restaurants and bars, like Tryon City Tavern and The Silver Iguana, have added to the already numerous dining and drinking options in the area.

For the second installment of CITY's Cheap Drinks column, we decided to keep it old school and stick with the classic establishments that have been in the North Winton Village area for years to answer the question: how far can $20 get you on a night out in the neighborhood?

We started the Friday night out at Jack Ryan's (825 Atlantic Avenue), a tried and true neighborhood bar with an impressive collection of craft beers and whisky. On Fridays, there is a selection of bottled beer available for $3, ranging from Corona to Dos Equis — I ordered a Red Stripe. Keep in mind that on Saturday nights, you'll find two cans of beer for $3.

Next stop was Carroll's Bar and Restaurant (1768 East Main Street). This cozy Irish pub has been serving locals for just over 40 years. If you can get in the door on St. Patrick's Day, I would highly recommend it — live Irish music, corned beef and cabbage, and all of the Guinness you could handle. They have $2, 16-ounce pints of draft Pabst Blue Ribbon, so that's what I went for. Carroll's also has, in my opinion, one of the best jukeboxes in the city.

I've lived in Rochester for most of my life and have never made it to Club Soda (1830 East Main Street). But every time I drive by, I whisper, "Someday..." The wait was over — from Carroll's, it's just a short walk down East Main Street. Club Soda is a dive in the best sense of the word: no frills, cheap drinks, and full of regulars. It even has a Skee-Ball machine in the back room. This was the place to order a beer and a shot. Club Soda has $2 Genny tall boys, so I ordered one of those and a shot of well whiskey, and played a legendarily terrible game of pool.

Our last stop for the night was Colter's (262 North Winton Road), "the place to be" according to the sign outside. Colter's is another one of the classic neighborhood dives; it's perfect for pulling up a bar stool and sharing a pitcher of cheap beer with a friend, which is exactly what we did. My friend and I decided to split an $8 pitcher of Genny, served with two frosty glasses. On Saturday nights, Colter's has $7 Bud Light pitchers, and there are $1.75 bottles of Genny on Wednesdays.

It was another successful Cheap Drinks outing — and I even had money left over. As always, if you have suggestions for CITY to check out for our next edition of Cheap Drinks, leave them in the comments below.