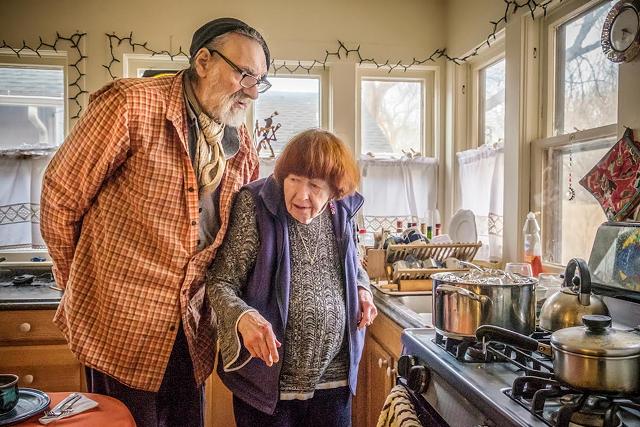 With a thin metallic click, Charles Jaffe flips open a lighter and ignites a cigarette.

How long have you been smoking?

“Since I was 11. Kicked out of Boy Scouts for smoking. At a jamboree.”

A rebel from an early age. What do you think about the book?

The book is “Hello to My Imperfect World: The Stories of Jaffe and Martha” — a self-published collection of photos and vignettes assembled by their longtime friend Julie Gelfand, a local freelance photographer. A book-signing is on for 5 p.m. Tuesday, Aug. 17 at Record Archive, 33 1/3 Rockwood St. There will be music, of course, with a series of guests hosted by John Dady. Proof of vaccination, of course, will be required.

Martha Heller is 90 years old; she’s been a creative force all those years, writing and even, for a while, making Zippy the Pinhead dolls for the acclaimed underground comic artist Bill Griffith. She’s lived the counterculture life; Heller and Jaffe met in a commune.

Likewise, you have traveled non-traditional roads. As a young man, you hitchhiked out West and fell in with a tantric sex cult that would go to Oregon mountains to watch for UFOs?

“I’ve had a lot of crazy adventures, yep.”

A Massachusetts native, Jaffe landed in Rochester in the early 1990s, working as a piano tuner and creating marquetry — the art of carefully cutting and assembling different colors and grains of wood into pictures.

And he became an icon of the Rochester indie music scene. A mysterious icon, for sure. A sepulchral presence playing piano in bands, most notably The Colorblind James Experience. 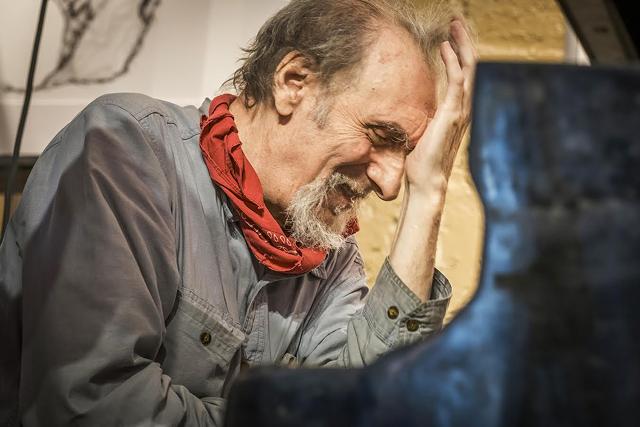 But Jaffe is 74 years old now, and Parkinson’s has slowed his movements to a painful shuffle around the small rental house, on the far edge of the South Wedge, where he and Heller live.

“Waiting for the next deal.”

The next deal. The end. He says so somberly. Jaffe has always spoken somberly. And in non sequiturs and leaps of mind that feel like free-form poetry.

Your life has been interesting.

“I’m just getting tired of it.”

He apologizes when he can’t find the right word.

“My brain ain’t like it used to be, it’s a slow, slow freakin’ thing.”

“They want me to be patient. They want me to be way patient. Because sometimes I have really dark places in my head that I go to that I don’t really want to go to. I feel like it’s getting to be the end of the journey, and ah, I have a lot of flashbacks.”

You still look back at your childhood?

“Every day, about you know, being three years old, you know. Four, five, six and up. You know, I’m on the porch, I was only on the porch for a minute. Seventy-three, seventy-four years ago, but I still remember how it smelled, how it felt. And the things along the way, and the people along the way. Like Van Morrison’s piano player, Jeff Labes. Lived across the street from me in Dorchester.”

You both were piano players, living across the street from each other, and went on to such different life arcs?

The arc reaches for an end. Are you disappointed you’re no longer creating music and art?

“The stupid Parkinson’s thing, just takes and takes everything. It just sucks everything out of me. I don’t get a whole lot done. I’m waiting for the next journey, I’m waiting to get another body, to get going to, hopefully.”

Life is, he says, “an ongoing thing,” Nothing’s random, there’s a plan. Someone, or something somewhere, has a plan for him. “This is going to be Jaffe’s life this time around, you’re just going to have to live it.”

“But you know, we don’t get off scot-free, do we? It ain’t easy, but it’s meaningful, anyway.”

He calls himself a caring person, and those who know Jaffe will agree.

You’re an old white guy with a Black Lives Matter sign in the front yard?

“There’s a lot of bad people on this planet, and I ain’t one of them.”

But after seven decades, you’re disappointed?

“If I was in good shape, and if I had a really good rifle, I’ll tell ya, there’s a lot of people I think need killing. And that’s a hateful thing to say. But, there’s some really hateful people out there that are not doing the world any good.”

That’s the dichotomy of this world. Good and evil. Love and hate.

Does music help bridge those gaps?

“I hope I stand for love and beauty.”

Jaffe is stirred by the beautiful dreams he has in his sleep.

“That’s why a lot of people are in mental institutions. Because they can’t handle it.”