Lucca Wood Fire Bistro is a Main Street staple in Victor that has been serving the community truly fantastic wood-fired specialty pizza, wings, sandwiches, and huge salads since 2011. Though Victor is only about 20 minutes from the center of Rochester, a lot of folks flinch when I say its location. Some are not willing to schlep to the burbs (I learned this through numerous cancelled Tinder dates). Matthew Gervasi's original Lucca now has a sister restaurant in the North Winton neighborhood, which offers a more expansive menu.

Lucca Kitchen & Cocktails is located on the corner or Merchants Road and Akron Street in the spot occupied by Remington's Restaurant, which after 30 years in business shut down earlier this summer. Gervasi, with the help of his wife Jennifer and a team of contractors, began renovating the space in June, and they worked non-stop until opening day. Matthew planned on having a full cocktail menu, which meant updating the bar to accommodate this ambition. Aesthetically, the dining area transitioned from resembling an exclusive British Officer's club to an urban Italian bistro. 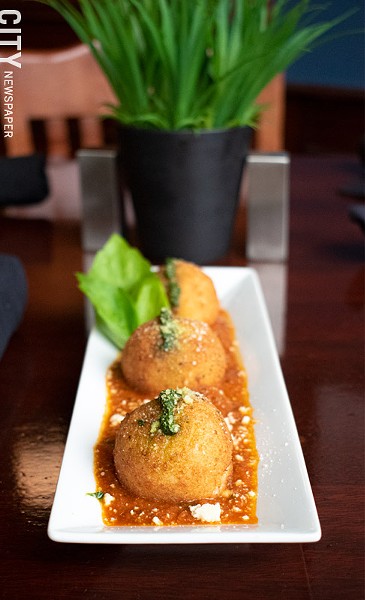 Opened for business on September 10, Lucca Kitchen & Cocktails has creamy white walls with deep brown wood trim and navy blue accents that meet a more natural-looking wood floor. The Gervasis have managed to modernize and brighten up the space while still maintaining a mellow, neighborly aura about it. It is a casual eatery with class that fits right in with its surroundings.

Gervasi decided to open Lucca Kitchen & Cocktails in part to better exercise his craft, and with a larger kitchen, he has more opportunity to put his skills to the test. Gourmet pizza and wings are not on the menu at Merchants Road. But to start, diners can choose from such dishes as crab dip crostini, quattro formaggio arancini balls (four cheese arancini), veggie crudité, and garlic hummus.

And what better way for a restaurant to be neighborly than by naming entrees and salads after streets in the neighborhood? For example, the "Garson" is a kale salad with Kalamata olives, banana peppers, sun-dried tomatoes, and sunflower seeds, with a tahini dressing. Main dish "Humbolt" pairs chicken cooked in a lemon sherry wine sauce with sautéed spinach.

After perusing the menu for a long while, my party of three settled on the arancini balls ($12), an enjoyable shared starter that married the sharpness of the cheese with the mildness of the risotto into a lightly fried sphere of taste, topped with basil pesto sauce. 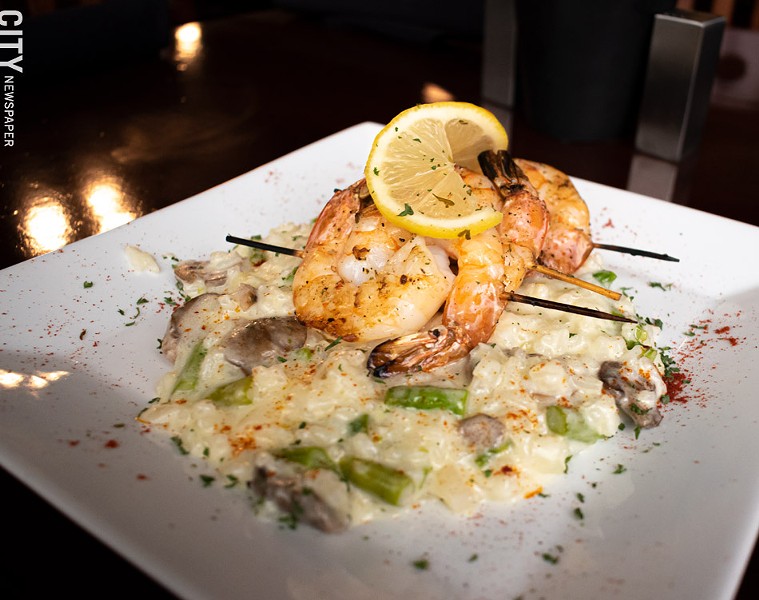 I could have been happy just eating a few orders of that, but there was no way I was going to pass up the day's special, Shrimp Puttanesca ($26): pasta with shrimp, anchovies, hot cherry peppers, pine nuts, black olives, capers, and sprinkled with parsley, all tossed in a diavolo sauce that was spicy-hot perfection. Many times, I shy away from diavolo sauces I don't make myself, as some seem to be made strictly to inflict pain. But I trusted Gervasi to maintain the rich basil and tomato flavor when making his sauce, and I was right. My meal was bold in taste with a spicy finish.

Another thing to note is that the menu boasts a decent selection of vegetarian options. The Monticello ($20) is grilled tofu with roasted heirloom tomatoes accented with a balsamic glaze. It's a testament to Gervasi's artistry that he can infuse abundant flavor into tofu, which is the Styrofoam of non-meat food options.

Additionally, if you like pasta but for some reason are watching your carb intake, the Farmington ($17) is a bed of fresh zucchini noodles, meatless tomato sauce, and vegan meatballs. All portions of entrees are plentiful, too, easily enough to bring home leftovers. Try as I might, I could not finish my puttanesca in one sitting, especially since I wanted one of the rotating desserts that they provide, made by Scratch Bakeshop ($6-$7), at the encouragement of Jennifer (as if I needed to be convinced). 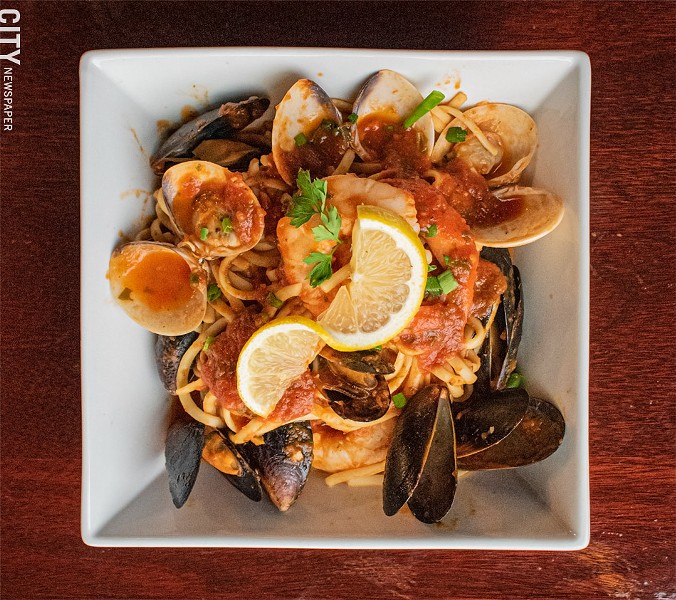