Carvin Eison opens the lens to the community 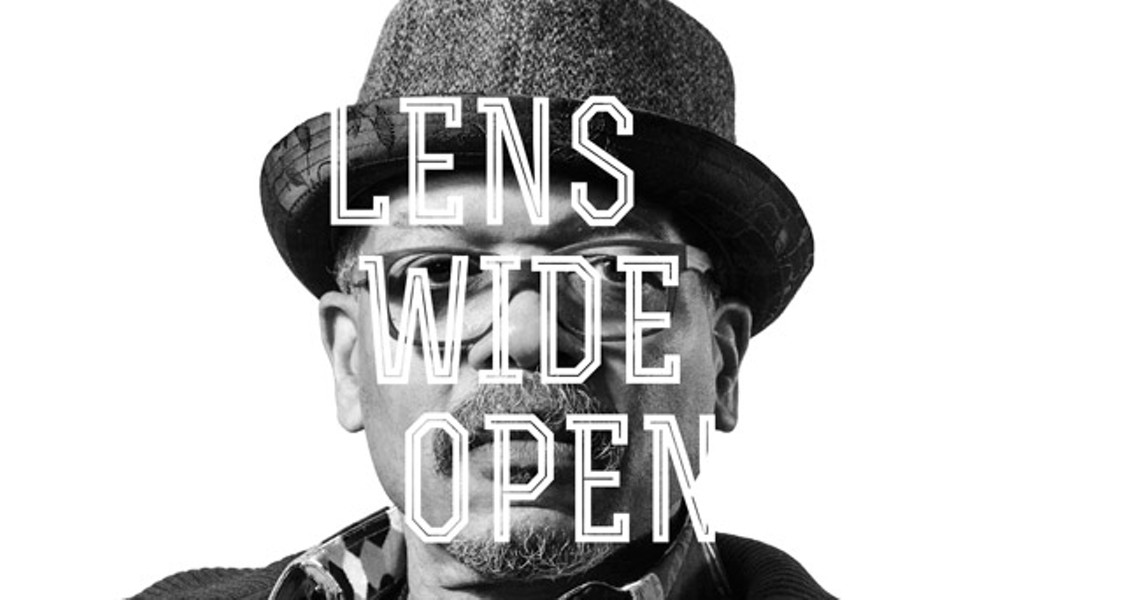 You can learn more about Carvin Eison and RCTV at rctvmediacenter.org

Carvin Eison isn't the kind of person who concedes when he hits road blocks, whether he's seeking funding for his challenging films or looking to strike a collaboration between organizations. Through his work as a professor, producer-director, and filmmaker, Eison has always worked to shed light on underreported topics through effective storytelling. He believes that media literacy is important for everyone, and a focus of his career has been to provide media skills and tools to students and members of the Rochester community.

In his role as an associate professor in The College at Brockport's communications department, he teaches writing for radio and television, contemporary media issues, and studio production courses.

"But really what I try to teach," Eison says, "is a way for them to utilize all of the tools they have at their disposal the appropriate way in the appropriate situation. So in essence: not what to think, but how to think."

Eison was preparing a class syllabus when Michael Brown was killed in Ferguson, Missouri, in August 2014. Like millions of other Americans, he was "riveted to the television to watch what was happening on the streets in an American city. He says it reminded him of the Rochester 1964 riot — the subject of his 2006 documentary, "July '64: Roots of Urban Unrest." Created with fellow filmmaker Christine Christopher, the film was broadcast nationally on PBS and received two Emmy nominations. 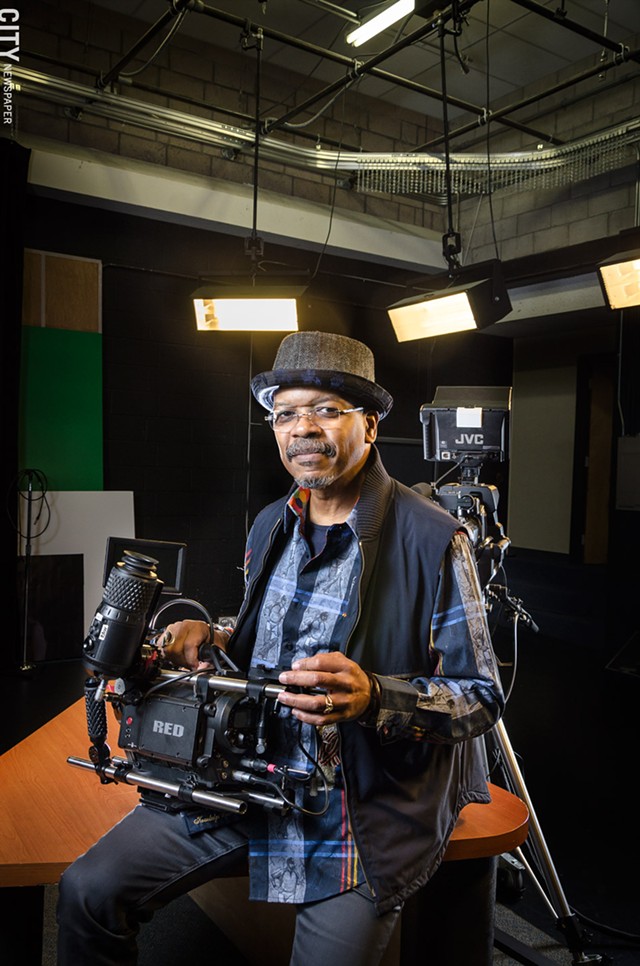 The activity in the streets after Brown was killed, and the way it was being reported, "changed everything I would do with my Contemporary Issues class for the rest of that year," Eison says.

He threw his syllabus out, and started over. "I required my students to make three films: one that would explore the events from the left side of the spectrum — left-leaning news organizations, such as MSNBC," he says. The second film would focus on right-leaning organizations, represented by Fox News and Rush Limbaugh, and the third was to be independent, drawing from both sides of the spectrum. One point of that exercise was to teach students how different perspectives inform the construction of messages, and how each construction is designed to persuade viewers differently.

"My work has been to make films that I'm interested in, right from the very beginning," Eison says.

In the late 1970's, he created the film "The Denise Hawkins Incident" in response to what he saw as conventional media's one-sided storytelling of the Rochester story.

Denise Hawkins was shot by a police officer, Michael Leach, on Thurston Avenue in 1975. "What I perceived was happening, as a student — what was actually happening — never turned up on the television reports," Eison says. "I would go to rallies, and what was reported was the opposite of what I saw at the rallies. So I took that opportunity and picked up a camera."

The piece "did extremely well, for a little independent film made by nobody — a student!" Eison says. "It was broadcast on WXXI's "21 Report," and I was on TV and talking about it at the age of 24." 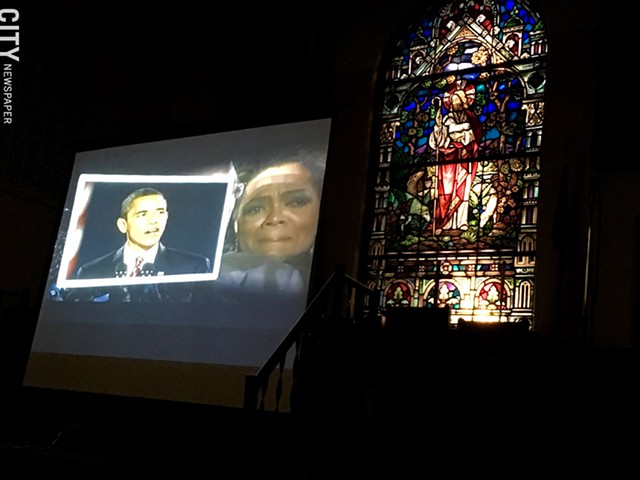 "I tend to take on topics that are not very engaging for funders, but I feel that it's what I want to do," he says. "So if it takes me longer. It doesn't matter to me; I'm just going to make it."

Eison says he was turned away "at every point" when he was seeking funds to make his 2010 award-winning film, "Shadows of the Lynching Tree." In it, he interwove the true narrative of the 1916 lynching of Jesse Washington in Waco, Texas, with James Baldwin's story, "Going to Meet the Man," and bracketed it with connections to the socio-political climate surrounding Obama's first presidential run.

When his efforts consistently led to dead ends, Eison expanded his horizons and traveled to Europe, where he was able to raise the funds to make the version of the film that exists today.

"This is a perfect lesson to give to students," he says. "What do you do when you have something in your head, and you know you have to do something about it, but no one will support you?"

After graduating from the College at Brockport in 1974, Eison was accepted into the graduate program at Visual Studies Workshop. Throughout the 80's, he worked as a news photographer at WXXI, and led an arts organization called The Television Workshop, which distributed artist grants from NYSCA funding. 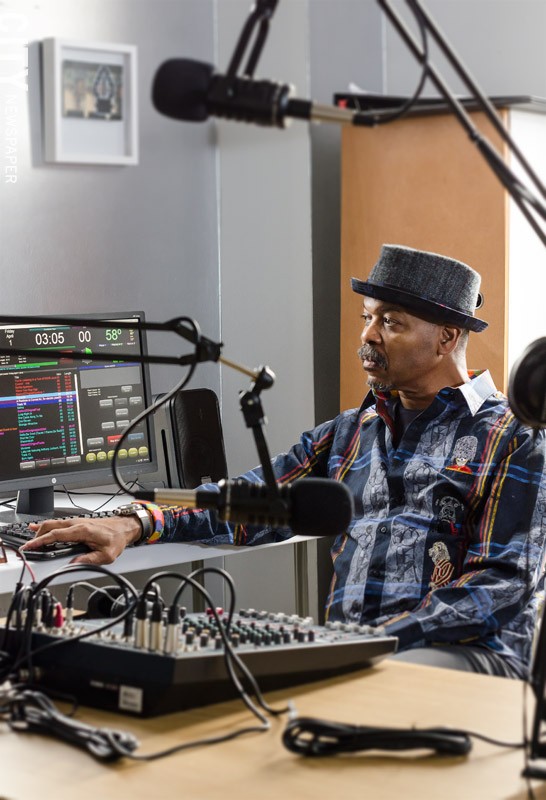 "Through that work, I met many of the great artists at the time: Kip Fitzgerald, John Sanborn, and St. Clair Bourne," he says. Bourne would become a lifelong friend before his death in 2007, and Eison shot a film for him in the 80's on Amiri Baraka.

Eison then became producer-director at WXXI, where he directed a number of arts and cultural programs, and learned the craft of live directing. In the late 1980's, he was asked to interview for a position at the College at Brockport as an adjunct, in order to finish a course for someone who was leaving. "They hired me for a short-term job," he says, "and I've been there for 25 years."

About the time that he was up for tenure in 2003, a few people suggested that Eison apply for the general manager position at RCTV Media Center, where he had served as a board member since the late 90's.

"So I decided to do both jobs, and the college and station went along with it," Eison says. "It has been to everyone's benefit, because some of my classes for the last 10 years have been taught at the station."

This gives college students the opportunity to go out into the community and put into practice some of the things they're learning in class; it also allows high school students at the station to rub elbows with college students on production and proper decorum in the classroom, Eison says. The programming that the students make ends up on air at RCTV. 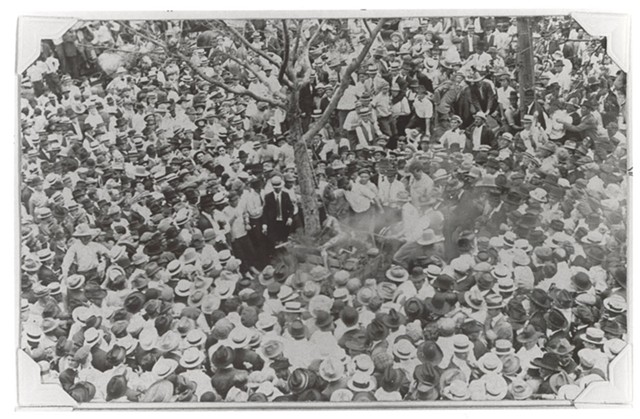 Despite having a schedule that would make others frantic, Eison is the epitome of cool clarity. He speaks with a measured, laid-back tone, but the contents of his words are emphatic and passionate.

"I love this job so much that I would do it even if they didn't pay me," Eison says with a joke regarding his work at RCTV. "Because it is an extraordinary opportunity for regular people just like you and I to have access to media, to tools and conventions, but also a place to execute that learning and deliver a message to a public."

Eison says he sees participation in media as participation in democracy, and he'd like to see college students work on a community news program that "repositions this notion of contentious news or breaking news into a different definition — maybe just exploring what's going on in a particular neighborhood on a particular block," he says. "Or dealing with some concerns that may be important to the health and viability of the community, but rarely get addressed because of time and resources."

An ace at observing and connecting conceptual patterns within culture, Eison consistently draws astute parallels within his films and in conversation. For example, Eison uses Oscar Wilde's philosophical story "The Picture of Dorian Gray" to explore how white men effectively demonized black men.

"People, particularly white Southern males who were wealthy, used black men like Dorian Gray used the canvas — while presenting himself as virtuous and wonderful and pure to the world," he says. "But what they were really doing was projecting the hate and the raping and the pillaging and the killing, and all the things they were doing, onto black people."

Eison says he's been asked many times why he doesn't make the kind of film that will make a lot of money.

"I want to do that," he says, earnestly. "But I have very serious ideas that I'm interested in, and very often those ideas are not the kind that are going to make money. I wish I could use my skillset, and my desire to tell stories, to make other kinds of films. But sadly, these are the stories that must be told. Otherwise, they become an item on the news for one news cycle, and then they're gone." 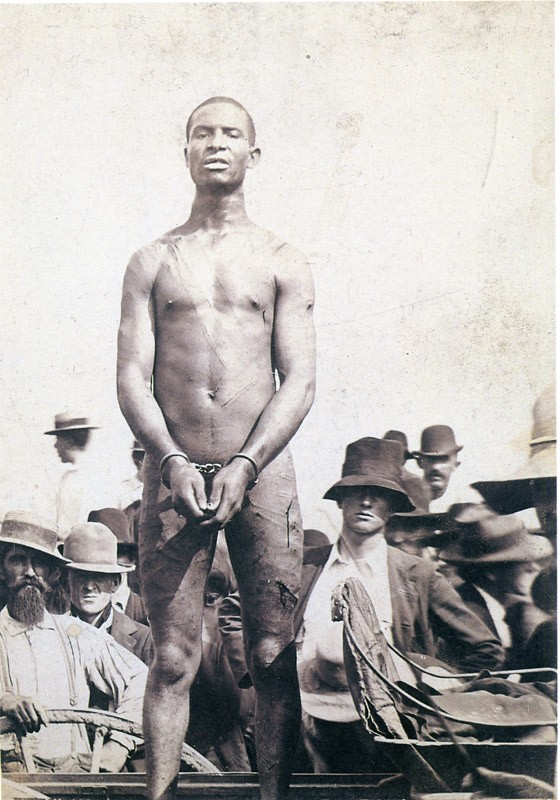 Last year, Eison created a short video that was projected during Geva's production of "The Mountaintop." In the play, Martin Luther King Jr. is visited by an angel on the last night of his life and is given a vision of the world after his death.

"It's a wonderful magical-realism play," Eison says. The video is a distillation of important social justice events and cultural touchstones between 1968 and now. It's quite moving and packs big impact into a few short minutes.

Eison says that because the content of his work is so overwhelming, often the artful side of his storytelling is overlooked. His aesthetic concerns center on the intersection of images, words, and sound, and he says he can be fairly obsessive about perfecting his techniques.

"People know me as a documentary filmmaker, but I want to make a film," he says. "I believe that I have at least one film to make, and I hope that it's going to be this one that we're working on now."

For his current project, Eison is working with journalist Erica Bryant in writing a story that has been supported by the Rochester Area Community Foundation and the Farash Foundation.

The story will be set in Rochester, but "Rochester as a composite for all American cities," he says. Some themes Eison is watching, which may or may not make an appearance in the film, have to do with the Flint, Michigan, water crisis and how racist rhetoric surrounding the current presidential election is affecting young Muslims and other marginalized groups in America.

"It keeps changing because the world keeps changing," he says. "But I'm very much concerned about this central thing: how children are affected by what adults do." This is an essential theme in "Shadows of the Lynching Tree," in which a black teen is killed but also a young white boy is impacted by being forced to witness brutality toward black people as a celebratory event.

"I'm very interested in how children are experiencing the world around them, and how that affects them," Eison says. "All of those children who witnessed lynchings ... who did they grow up to be?"

His questions ask the audience to consider that these children became adults who are still living in this world, who carry the impression of lynching-as-normative that was presented to them at a tender age. That impact endures.

Things keep happening, the world keeps changing, but sooner or later, artists have to put down the paintbrush and call a project finished.

"I tell my students: try to engage your material at the deepest and most profound levels that you are capable of while you're working on it," he says. "Deal with it in as complete a way as you can."