Call for artists: racist carousel panel to be replaced with a black panther 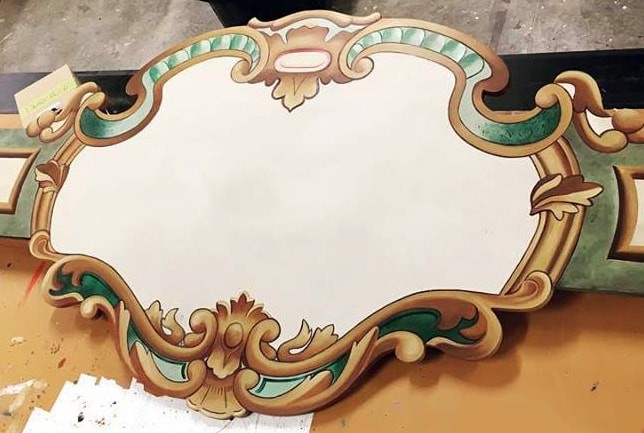 A call for artist proposals was announced today to replace the panel featuring racist artwork that was removed from Ontario Beach Park’s Dentzel Carousel in 2016. That panel, which depicted a “pickaninny” caricature, came under community criticism after being on display for more than a century. The Take It Down Planning Committee formed and worked with the City of Rochester and Rochester Museum and Science Center to create the “Take It Down! Organizing Against Racism” exhibit, which included programming meant to promote dialogue about individual, institutional, and structural racism and was displayed in different locations around the city.

Now the city, museum, and committee are moving forward with a plan to mount a replacement panel on the carousel, and have issued a call for submissions, open to local artists. But the project comes with some specific directives: The painting must contain a black panther which, provided information states, was selected “as an historically important and respected symbol of elegance and strength for the Black community and others.” Design requirements drawn from the museum’s website follow:

— Must include a black panther, which should not exceed 1/3 of the painting, should be centered in the foreground, and face right as the carousel moves counterclockwise
— Executed in oil paint, consistent with the other carousel panels in an early 20th century realism style and using pastel, pale colors (examples on website) with no heavy impasto which will not survive over time (in moist environment, while moving)
— Horizontal format that fits within the cartouche (shaped frame) of an overall size of 24 inches tall by 40 inches long
— No signature on the art

Related Animals on the carousel? Yes. Racist art, no

Animals on the carousel? Yes. Racist art, no
Landmarks can be altered. And removing a painted panel that mocks African Americans is a darned good reason to do it.
By Mary Anna Towler
Urban Journal

Sketches of proposals are due Sunday, May 13, and should be submitted to:

Finalists will be selected by Wednesday, May 18, and people are invited to vote on the finalists for the winning panel design at an open meeting on Thursday, May 19, at Central Church of Christ (101 S Plymouth Avenue). Museum representatives say that the winning artist will be compensated a $2,000 commission.

More information is available at rmsc.org.