Calendar curveball gives us an extra week of summer this year

ILLUSTRATION BY RYAN WILLIAMSON
If two months of pandemic-induced quarantine have seemed to stretch on forever, prepare yourself for the longest summer in years. Literally.

A cyclical quirk in the calendar this year welcomes Memorial Day, the unofficial start of summer, on May 25, the earliest the holiday could arrive, and delivers Labor Day, the marker of the season’s conclusion, as late as possible, on Sept. 7.

The timetable oddity means nothing to Mother Nature, but to Americans it means an extra week of unofficial summer.

Depending on your circumstances during the health crisis, you could be excused for receiving the news as a tender mercy or a punch in the gut from a merciless year that just won’t quit.

Owners of seasonal businesses who are watching the unofficial start of summer under state-mandated shutdown orders might rejoice at the notion of their busy time of year being extended by a week.

Philip Szal did. He runs Rochester Pedal Tours and learned of the elongated summer while his company’s boat was being lowered into the water at the Port of Rochester for the season, only to be moored until the state lifts its restrictions.

“That’s great news,” Szal said. “Business really does slow down once Labor Day hits and once the teachers are in school and parents’ kids are in school. So if there’s an extra week, I need an extra week this year more than most years.” 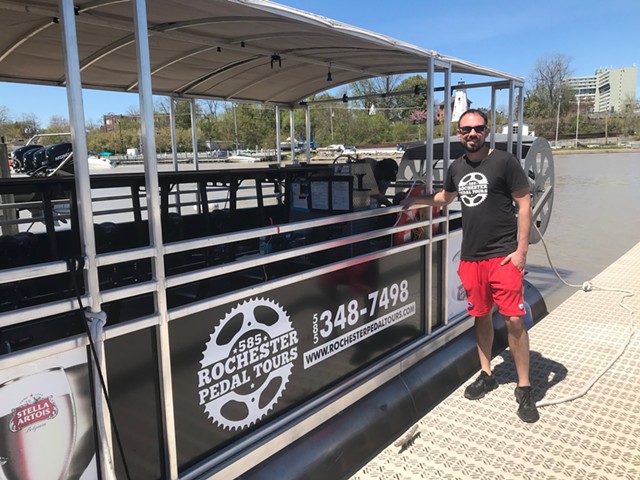 Speaking of schools, as much as parents of young children cherish their little ones, those who have already been cooped up with them at home for eight weeks might cringe at the thought of an extra week with them before schools open at the end of a long, hot summer.

Of course, that’s if schools are permitted to open in the fall.

The standing calendar for most school districts around Rochester have the first day of classes starting after Labor Day. That goes for Rochester, Greece, Brighton, Fairport, and the Irondequoits.

Schools in Penfield, Pittsford, Henrietta, and Webster open earlier, on Sept. 2, which, to be honest, seems cruel to any red-blooded American child who knows that summer is supposed to run through Labor Day.

Memorial Day is always the final Monday in May, and Labor Day the first Monday in September. There are typically 99 days between them, as any pop music station on the FM dial counting down the 99 days of summer will tell you again and again and again.

But every once in a while the calendar throws a curveball that lengthens the span between the holidays to 106 days. In a year already filled with curveballs, what’s one more?

Like any good curveball, though, this one isn’t arbitrary. Its trajectory follows a familiar pattern for anyone paying attention, which admittedly is almost no one.

Tom Kessler is an exception. He’s the general manager at Smith Boys of Rochester boat dealership and knew all about the extra week of summer.

“That’s something we pay attention to because we’re in the boat business,” Kessler said. “The longer the season, the better.”

Here is how the pattern works in its simplest form: Every time Memorial Day arrives at its earliest, Labor Day lands at its latest.

There won’t be such an inexhaustible summer again until 2026.

With any luck, there won’t be as exhausting of a year as 2020 for a lot longer.