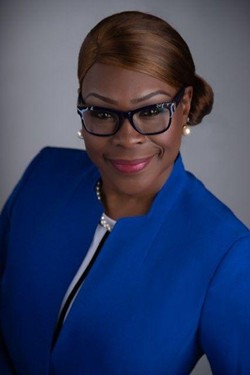 DeAnna Burt-Nanna has been appointed to serve as Monroe Community College's sixth president, effective May 21, 2021, the college announced Tuesday.

Burt-Nanna is currently vice president of student and academic affairs for South Central College in Minnesota. A news release from MCC stated that she has more than 20 years of experience in higher education and described her as “a staunch advocate for diversity, equity, and inclusion, educational access and attainment, philanthropy, and workforce development at local, state, and national levels.”

MCC Board of Trustees Chair Barbara Lovenheim said that’s an important emphasis for the college.

“We have particularly our downtown campus, which is 40percent minority, and we wanted to really concentrate on those issues, Lovenheim said. "And of course Rochester, as you know, has had issues, and we really want to make sure that we face those issues at the college”

“Monroe Community College is a beacon of educational excellence and opportunity that is nationally known for its commitment to student success, innovation, and its significant impact on Rochester, Monroe County, and the Finger Lakes Region,” said Burt-Nanna. “I am honored to be selected as MCC’s next president and will work with MCC faculty, staff, and stakeholders to extend MCC’s legacy of educational excellence, innovation, and strong community partnerships.”

Burt-Nanna succeeds interim president Katherine Douglas who has been in that role since last February. Douglas stepped to fill a vacancy left by the departure of Anne Kress, who announced in October 2019 she was leaving to lead Northern Virginia Community College. Kress led MCC for a decade.

“With her student-centric focus, her advocacy for diversity, equity, and inclusion, as well as her keen business sense from both her academic and industry experience, Dr. Burt-Nanna will bring MCC to new heights,” SUNY Chancellor Jim Malatras said in a news release.