Assembly member Harry Bronson, who is fighting for the Democratic nomination in Tuesday’s primary election, has filed a lawsuit in state court seeking the impoundment of all machine, absentee, and affidavit ballots cast in the race.

Bronson, a five-term legislator, challenged Alex Yudelson to a primary after Yudelson won the party’s endorsement this year through an internal election process regarded by some party faithful as controversial. Yudelson is the chief of staff to Mayor Lovely Warren.

Their race for the 138th Assembly District seat is thought to be one of the most competitive local contests on this year’s ballot.

Allan Richards, a spokesperson for the Bronson campaign, called the litigation “a voter protection lawsuit” filed to ensure that ballots are accepted, rejected, and counted on proper terms given the unprecedented circumstances surrounding the primary election.

Casting a primary ballot this year has been complicated by disruptions caused by the coronavirus pandemic. The Monroe County Board of Elections struggled to keep up with a flood of applications for absentee ballots — which Governor Andrew Cuomo made available to all voters to promote physical distancing — and officials have said they expect to be inundated with completed ballots.

Those ballots appear to be of particular concern to Bronson. His lawsuit specifically seeks “court supervision, if necessary, of the validity of absentee ballots and the canvas of absentee, emergency and affidavit ballots to be cast” in the 138th District contest.

Yudelson said he doesn’t object to openly counting votes and that he also wants to make sure all ballots are counted. But he questioned “the need to impound the ballots.” He has sent the lawsuit to his lawyer to review. 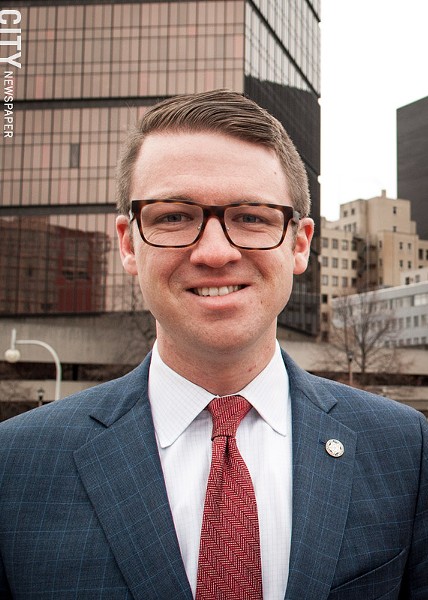 “It seems a little bizarre and over the top,” Yudelson said.

Ballots are sometimes impounded when initial voting machine counts show a very tight race. The idea is to prevent any tampering before an official count or recount takes place with observers from each campaign.

Richards explained Bronson filed the lawsuit in part because both the Republican and Democratic elections commissioners are relatively new to the job, having started in their positions just this year.

He said the campaign grew concerned with the integrity of ballot counting after acting Democratic Commissioner LaShana Boose and Republican Commissioner Lisa Nicolay issued a joint news release last week that suggested the Postal Service may have had trouble delivering absentee ballots to voters who requested one.

The release explained that the board received an unprecedented 60,000 applications for absentee ballots and had mailed out 100,000 ballots, an endeavor that “created a large volume of mail for our post offices to deliver.” The release went on to urge voters who did not receive their ballot within a week of applying for one to visit an early voting polling site.

“This is not routine,” Richards said of the lawsuit, “but this is a step that is available to us to ensure that the voters’ vote does count.”