Bring some corn for poppin'

During Rochester's endless winters, there's nothing I like better than grabbing a bowl of popcorn and a mug of hot cocoa, and cuddling up under a blanket to watch a movie. Especially now, because 'tis the season for holiday movies.

Over the years, the cinematic landscape has accumulated holiday flicks of every shape and stripe. There's bound to be a film to suit your mood, whether you want to lean into the spirit of the season or you are looking for an antidote from it.

And by now even some of the non-traditional Christmas movies have become seasonal classics in their own right. Think "Gremlins" and "Die Hard." The latter film is celebrating its 30th anniversary this year, and you've got two options to catch it on the big screen when both the Little and the Dryden Theatre screen the action masterpiece on December 15.

Back in 2015, we offered up some suggestions for non-traditional holiday flicks from a variety of genres. So if you've exhausted our last list, here are a few more additions to the holiday canon. 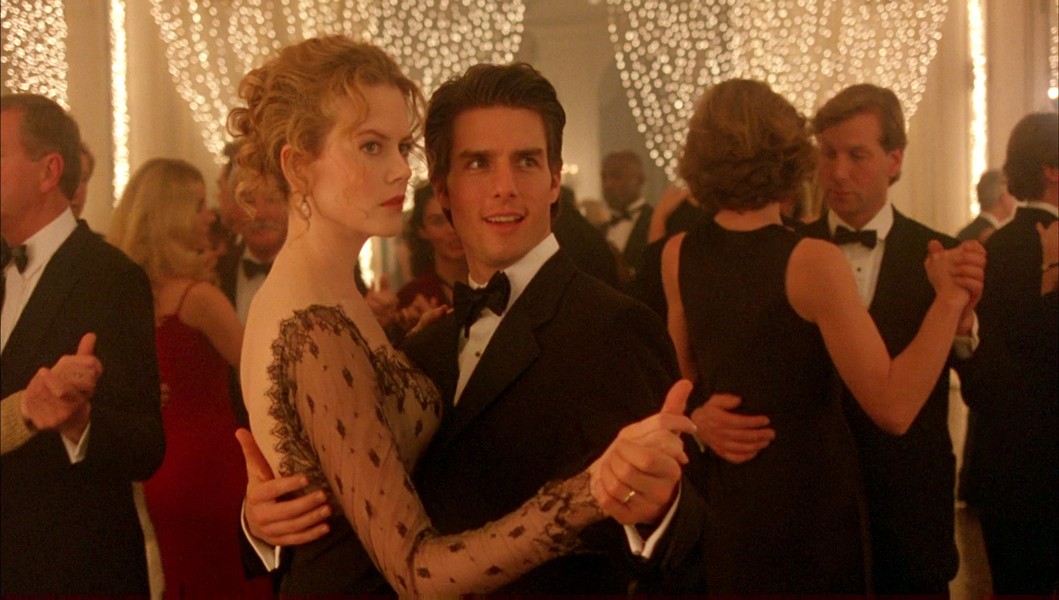 The holidays can be a lonely time for many of us, and master filmmaker Wong Kar-wai understands that all too well. In his exquisitely melancholic love story "2046," (a sequel of sorts to his arthouse favorite "In the Mood for Love") Tony Leung Chiu Wai stars as a science-fiction writer whose memory shifts from Hong Kong in the 1960's to the imagined future of the film's title and the various women who pass through his life. A gorgeous and bittersweet fever dream.

Christmas is woven throughout "Eyes Wide Shut," Stanley Kubrick's enigmatic tale of marital infidelity and jealousy starring then-married couple Tom Cruise and Nicole Kidman as Dr. Bill and Alice Harford. Her confession of fantasizing about another man sets Bill off on a paranoia-fueled journey through New York City's sexual underground. This slippery morality play is sure to add a bit of bite to any cold winter night.

Before "The Florida Project," Sean Baker directed the electrifying "Tangerine," which follows transgender sex workers Sin-Dee and Alexandra (played by Kitana Kiki Rodriguez and Mya Taylor) across LA as Sin-Dee tracks down her unfaithful boyfriend/pimp on Christmas Eve. Equally hilarious and heartfelt, it's the perfect mix of salty and sweet.

If a raucous comedy is more your style, 2015's "The Night Before" is for you. Seth Rogen, Joseph Gordon Levitt, and Anthony Mackie make an unexpectedly wonderful comedic team, playing three lifelong friends whose yearly tradition of spending Christmas Eve partying together threatens to come to an end as adult responsibilities beckon. Plus, there's a delightfully bonkers performance by Michael Shannon as the group's drug dealer and spiritual guide.

In "A Very Harold and Kumar Christmas," the stoner duo sets off on a mission to find the perfect Christmas tree after Kumar accidentally burns down Harold's father-in-law's prized pine. Festive and raunchy hijinks ensue.

John Cusack and Billy Bob Thornton play a lawyer and a shady businessman who team up to relieve their mobster boss of a few million dollars on Christmas Eve in "The Ice Harvest," a heist thriller with a gleefully icy black heart.

Drugs, prostitution, gangsters: what's more festive than that? Christmas serves as the backdrop to Curtis Hanson's Oscar-nominated neo-noir "L.A. Confidential." Based on the novel by James Ellroy, the plot revolves around three 1950's police detectives (played by Russell Crowe, Guy Pearce, and disgraced actor Kevin Spacey) who investigate a series of murders in crime-ridden Los Angeles.

The fizzy murder mystery "The Thin Man" stars William Powell and Myrna Loy as the iconic, hard-drinking, and heavy-bantering husband-and-wife detective team Nick and Nora Charles. In their first outing, they take on the case of a missing inventor while on holiday in New York, simply because they've got nothing better to do.

Last year's totally fun "Better Watch Out" provided a Yuletide twist on the thriller genre, as a babysitter and her tween charges fend off home invaders with cunning ingenuity. Think of it as a more realistically bloody take on "Home Alone."

"Trick 'r Treat" director Michael Dougherty creates his own nightmare before Christmas with "Krampus," a horror-comedy in which a family is terrorized by the titular horned demon of European folklore. The anti-Santa Claus, he knows when you've been naughty, and will punish any misbehavior by dragging you straight to Hell.

If you'd rather head out to the movies than stay in, "Anna and the Apocalypse" gets a theatrical release on November 30. It's a Christmas zombie movie musical, and I mean, doesn't that sound amazing?

Tim Burton's love letter to the outcasts and misfits of the world, "Edward Scissorhands" offers a winter wonderland of charms amidst its tale of a misunderstood creation with, well, scissors for hands.

The bat, the cat, and the penguin face off in the director's "Batman Returns" (which remains my favorite big screen treatment of the Dark Knight). This is the superhero flick that taught me the valuable lesson that "mistletoe can be deadly if you eat it, but a kiss can be even deadlier if you mean it."