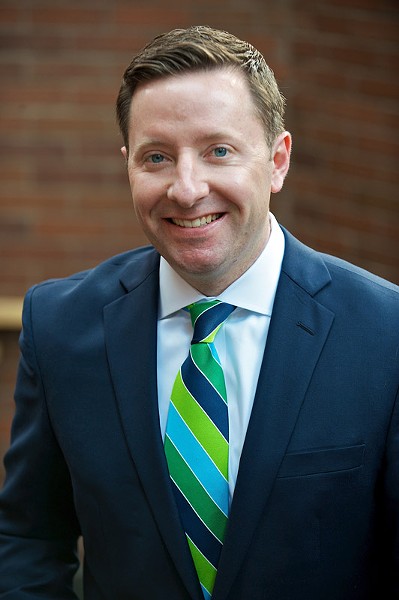 The Brighton school district now has a policy on its books about cutting waste, but it's not referring to the kind of government waste many people fixate on.

The policy is referring to refuse. The Brighton school board recently adopted a district-wide policy to divert 80 percent of its waste from landfills. That will require some changes in habit across the district, but it will also mean some new programs in its schools and facilities. Brighton's the first school district in the county to do this.

Brighton's policy is a few years in the making. Parents and community members had increasingly urged the district to participate in more recycling efforts, says Brighton Superintendent Kevin McGowan. Parents at Council Rock elementary started recycling milk cartons, while some students in other schools formed recycling clubs and went classroom to classroom in their buildings, picking up recyclables.

"It's something very important in our community and to our school district," says McGowan.

Eventually, that led the district's Environmental Committee to discuss a zero-waste program. District officials, staff, and parents began to see the effort as a way to make the district more environmentally responsible and to set an example for students, McGowan says.

The district brought in Impact Earth, a local environmental consulting firm, to develop a draft zero-waste policy. Impact Earth has a three-year contract with the district and will also help it take the policy from paper to practice.

In practical terms, the effort is about education. The French Road Elementary School cafeteria will be the initial test site. It'll get bins for recyclable materials, compostable waste such as uneaten food, and refuse. Volunteers and staff will teach students which waste goes into which bin.

"Simply by changing people's habits and helping them understand where to put recyclables, where to put food waste, we can really significantly reduce what we're putting into landfills," McGowan says.

The Council Rock Primary School cafeteria will likely be the next in line for zero-waste efforts, since it's smaller and the students are younger, Putney says. Once zero-waste programs have started in all the district cafeterias, the district will begin spreading them through the other parts of the buildings.

The policy also has purchasing and waste-reduction aspects, which Impact Earth will help district staff and officials work through.

McGowan says he hopes that the district shifts to biodegradable, recyclable, and otherwise environmentally preferable supplies wherever practical, functionally and financially, for example.

And the district has started installing water-bottle filling stations in its buildings. Those amenities drastically reduce the need for and the use of disposable water bottles, an outcome that fits into the waste reduction goal, McGowan says.