December 11, 2019
Fire trucks are expensive pieces of equipment, with ladder trucks costing around $1 million and engines about half that. The rigs are built to be tough; they have to be. But they’re no match for prolonged assaults by speed bumps or humps. 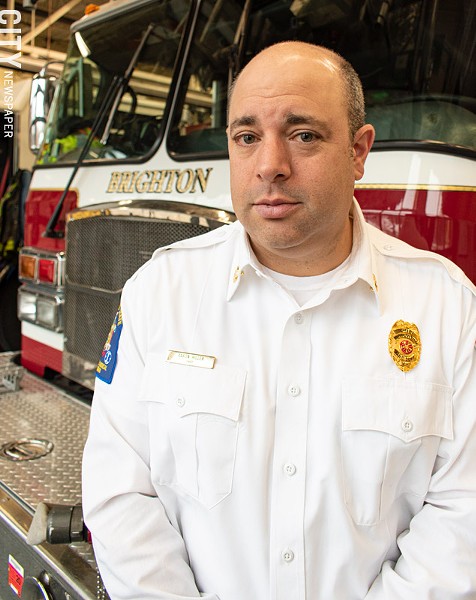 That’s why, after temporary speed humps were installed on Brooklawn Drive, a side street in Brighton, town fire officials spoke up. In a letter, they told town officials the humps could potentially damage their trucks and, worse, lengthen response times.

“In our business, seconds do count,” Brighton Fire Chief Aaron Hiller said in an interview.

Speed bumps or their variants are a go-to request for residents fed up with drivers zooming down their streets. They are no panacea, however. Studies have shown that drivers tend to accelerate between them and have been known to veer around them.

The city of Everett, Washington, for instance, has reportedly been removing its speed humps after a study found they reduced speeds by just 1 m.p.h. because drivers routinely sped between them.

Then there is the damage they cause to vehicles, particularly emergency response vehicles, as illustrated by the letter from Brighton fire officials.

The town removed the speed humps in anticipation of the first November snow. Supervisor Bill Moehle explained the town had installed the humps to test their effect on reducing speeds on Brooklawn as well as traffic patterns in the neighborhood.

Brooklawn cuts between Monroe Avenue and Westfall Road, and for years its residents have complained about drivers speeding down the street or using it as a cut-through.

It is not that emergency service providers oppose traffic calming measures, but that they have unique concerns about how changes to streets can hinder a quick response. A widely cited study from Portland, Oregon, found that each hump can delay a truck for 9.4 seconds.

For Brighton fire officials, the root concern with the speed humps is what they can do to trucks. Hiller explained that trucks can damage their chassis if they go over speed bumps at anything faster than a crawl.

As a result, trucks have to come to a near-stop before each bump. Alternatively, the trucks could travel another route, but that could also lengthen response time.

There are modified speed bumps that better accommodate the wide wheelbases of emergency vehicles. Speed cushions are bumps with grooves aligned with those wide wheelbases, allowing fire trucks — and cyclists — to pass uninterrupted.

Brighton officials recognize and share the fire officials’ concerns. Moehle has others of his own, including that while speed humps may slow down cars on one street, they can push more traffic onto neighboring roads.

Studies have also shown that some drivers get frustrated with speed bumps and zip between them. The National Center for Safe Routes to Schools claims speed bumps and humps have been known to send drivers attempting to dodge them veering into bike lanes or onto sidewalks.

Then there’s the price tag. Installing one hump costs $2,640 on average, according to researchers at the University of North Carolina's Highway Safety Research Center.

Other approaches to traffic calming are far less expensive and may be more effective, Moehle said. Traffic enforcement or even crosswalks and corresponding signs, like those equipped with radar, can slow traffic down and make roadways more hospitable to pedestrians.

Ultimately, the town may not install speed humps on Brooklawn. Moehle said town officials are reviewing the data they collected from their experiment with the temporary humps and will proceed from there.

“We’re going to look at them from a neighborhood perspective,” Moehle said.

This article has been updated to correct Brooklawn Drive's cross streets.