Brighten your holiday with this live music all around Rochester 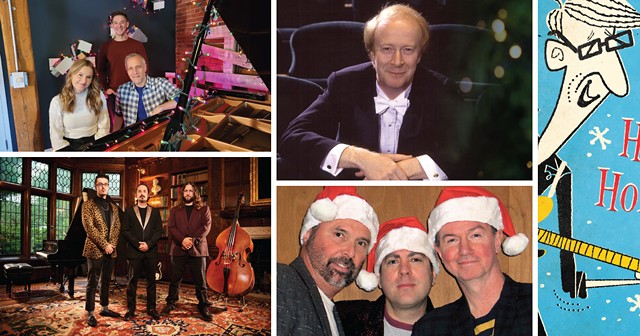 Sure, you could listen to Christmas carols and modern holiday hits at home or in your car, but there’s nothing quite like hearing seasonal music live to get you in the mood for end-of-year festivities. From classical to early rock ‘n’ roll and jazz, here are six local shows that brighten the season. 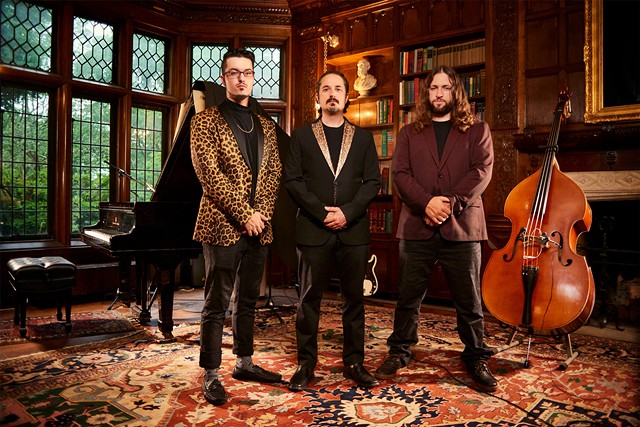 No American jazz album is more synonymous with the holidays than pianist Vince Guaraldi’s iconic soundtrack to the TV special “A Charlie Brown Christmas.” There’s something about the wire brushes against the snare drum, the effortless piano chords, and the upright bass’s sleepy charm that conjure up the image of a snowy Christmas night and the Peanuts gang rallying around a sorry-looking Christmas tree.

Performed by the Vince Guaraldi Trio and originally released in 1965, the album “A Charlie Brown Christmas” has gone multi-platinum several times over, selling 5 million copies and maintaining a consistent end-of-year presence on Billboard charts.

This season, however, Rochester-area audiences can do one better than listening to the recording at home or on the radio. Local jazz trio The Pickle Mafia, led by pianist Charlie Lindner, performs Guaraldi’s timeless Christmas classics, along with other holiday favorites, at Bristol Valley Theater in Naples. Pigpen starts kicking up the dust at 7 p.m. Tickets $10 to $20.

Every December before the pandemic, you could count on guitarist Bill Kirchen and his band The Silent Knights to ride into town and slay with “Bill Kirchen’s Honky-Tonk Holiday Show.” The annual tradition returns to Rochester today with a show at Lovin’ Cup. Kirchen’s band gives Christmastime the western swing treatment with the jingle-jangle of his Telecaster guitar, along with shuffling, syncopated drums, twangy pedal steel, and the persistent “thwoom” of the bass.

If you prefer holiday music as a consummate blend of country, rock ‘n’ roll, and swing, Kirchen’s brand of honky-tonk is your ticket to Christmas cheer. With songs such as “Santa Looks a Lot Like Daddy,” “Truckin’ Trees for Christmas,” and “Daddy’s Drinking Up Our Christmas,” you’re sure to get in the spirit. Doors open at 6 p.m., music starts at 7. Tickets $30 to $35.

Georg Frideric Handel’s 1741 oratorio “Messiah” has become a ubiquitous Christmas tradition. And its triumphant “Hallelujah Chorus,” immediately identifiable to even the most casual music fan, is downright chill-inducing — and not because of the winter cold.

The Rochester Philharmonic Orchestra and Rochester Oratorio Society will be joined by beloved RPO Conductor Laureate Christopher Seaman in the performance of Handel’s classic celebration of Christ’s birth. The composer’s brilliant vocal writing and attention to dynamics add nuance to the already festive atmosphere of the music. The show starts at 8 p.m. Tickets $28 to $115.

When it comes to easy-listening solo piano music, one artist reigns supreme: Jim Brickman. Twenty-two of his albums have gone No. 1 on Billboard, and more than 8 million album copies have been sold — proof that the popular pianist and songwriter has a way with sentimental ballads that play on your heartstrings. Brickman brings his signature crossover style to Rochester this season in support of his new album “A Very Merry Christmas.” The collection of holiday tunes, which includes original songs and classic carols such as “O Christmas Tree” and “Away in a Manger,” overflow with charming phrases and attention to detail. The 7:30 p.m. show also features Mat and Savanna Shaw. Tickets $48 to $78.

If a classical Christmas isn’t your thing, the Rochester Philharmonic Orchestra still has you covered with its annual Gala Holiday Pops concert. Powerhouse vocalist Shayna Steele returns to the Kodak Hall stage to ring in the holiday spirit with the RPO and its Principal Pops Conductor Jeff Tyzik, as well as the Festival High School Chorale comprising local students. Fans of Tyzik’s orchestral arrangements and original compositions have every reason to be jolly about this program. With four performances spanning three days, there are plenty of opportunities to be merry with the RPO. Tickets $18 to $95.

Singer-guitarist Bobby Henrie, upright bassist Brian Williams, and drummer James Symonds have been swingin’ as Bobby Henrie & The Goners for more than 35 years. The Finger Lakes rockabilly trio plays straight-ahead rock ‘n’ roll with old-school inflections of country, swing, and the blues you just don’t hear very often these days. Add some Christmas flair, as the band will do at the local honky-tonk haven Abilene, and you’ve got the recipe for a serious party. Doors open at 7 p.m., music begins at 8. Tickets $10.