Breaking rules to help the homeless 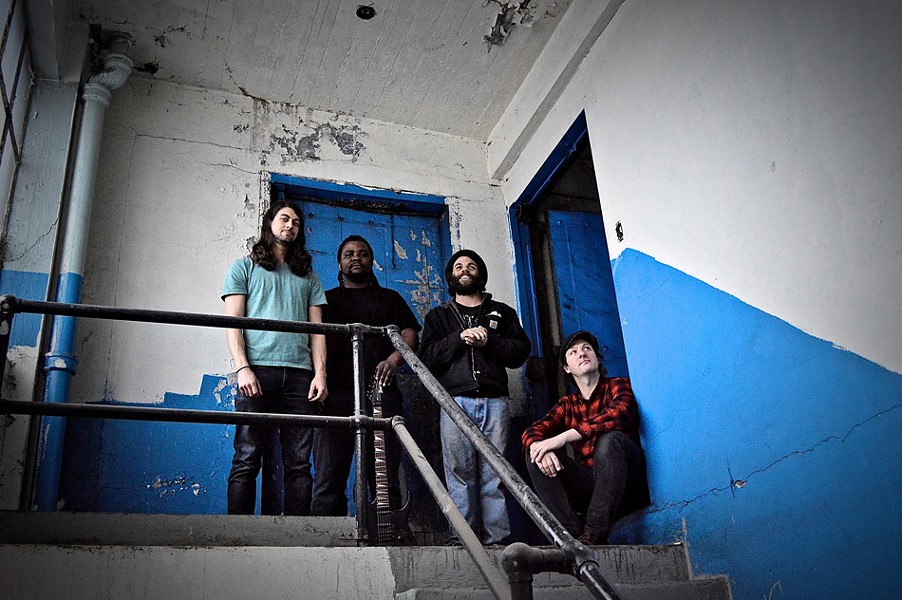 Kaiser Solzie found his tribe on the road. In 2000, the musician became a part of the Warped Tour family by jumping rides with anyone he could to get from stop to stop. He became known as the "Homeless Filmmaker," and did anything he could to get involved behind the scenes of the festival.

James Jackson took his Kaiser Solzie stage name from the 1995 film "The Usual Suspects." The character Keyser Soze is a crime lord whose ruthlessness and influence have acquired a legendary, even mythical, status. Jackson isn't a crime lord, but he lives up to the pseudonym's ghostly, ubiquitous quality as a homeless musician that can be spotted playing in cities all across the country.

Born in 1982, Jackson was raised by his mother, who had a disability, and his father was incarcerated when Jackson was just 2 years old. After his mother passed away when he was 14, Jackson was placed into the foster care system and experienced 17 different placements within four years, struggling with addiction and mental health issues throughout.  At 18, Jackson was released from foster care and hit the road to pursue music. After spending a decade struggling as a musician, both performance-wise and behind the scenes, Jackson returned home to Rochester.

Jackson now wants to use his story to inspire others going through similar struggles. "Music has always been a driving factor," Jackson says. "Now, just this past year or two, I've been dealing with a lot of mental health type stuff, and so it's been a release for that."

It wasn't until Jackson started helping other bands that he realized he wanted to pursue music full-time. His cousin showed him Green Day's "Dookie" while he was in foster care, and it turned Jackson's previous hip-hop world into a punk rock universe.

Once out on his own, Jackson picked up work behind the scenes with a number of punk bands, like Dropkick Murphys and Pennywise, and he learned to appreciate how music can help other people.

When Jackson isn't touring or working at Warped Tour stops, he's in Rochester volunteering with Nick Coulter at Person Centered Housing Options (PCHO). Back in the day, Coulter was also a punk rocker and met Jackson working as a rapid deployment officer in local homeless camps.

"He started PCHO because he realized, to help the homeless, you've got to break rules," Jackson says. Jackson and Coulter ended up having a lot in common, and Coulter was able to quickly find housing for Jackson. PCHO now works with about 500 people, housing five to six clients per week, but still struggling with the red tape of city policies and legislation.

Jackson says there are ways to improve the city's homeless housing programs. "The city needs to work together with local organizations, like Dimitri House and St. Joseph's, to get on the same page about how to properly house the homeless," he says. "Having conversations with people to really understand who they are. There are so many homeless organizations that things get scattered because they're all on a different page."

It's understandable that some landlords would be hesitant to take someone off the streets, someone who might have a lot of issues, and put them into housing. But by educating the community about how to live with compassion and how they can get more involved, as well as training police officers on how to handle the homeless more properly, Jackson suggests, there is hope to turn lives around.

Jackson hopes that by telling his story, it will help people get over the stigma of being homeless.  "It's the reason I'm playing Warped Tour this summer," he says. "There are many local musicians who have also gotten off the streets through music."

Jackson is also a filmmaker, creating documentaries about his own experiences with homelessness and rising above the predicated bars of society. His documentaries and other short films can be viewed on YouTube:youtube.com/user/TheKaiserChannel.

"Show up," Jackson says as advice for any musicians out there going through the same struggles as him. "Keep moving ... If you get knocked down, keep getting back up."