Bored of winter quarantine? Try a board game 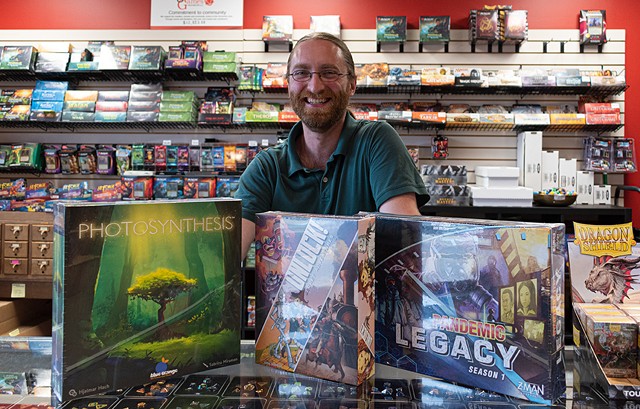 The bitter cold is setting in and a new surge of COVID-19 cases is making the outside world even more inhospitable. It’s an excellent time to stay at home.

But if you’re tired of binge-watching TV and staring at your phone for the latest social media updates, playing board games may be the change of pace you need to get through another quarantine.

There are the classics like “Monopoly” and “Clue,” of course. But the world of board games has changed a lot since the Reading Railroad tracked through your living room, and hopping off that train can be as intimidating as hitting the ballroom with Miss Scarlett without the right guide. 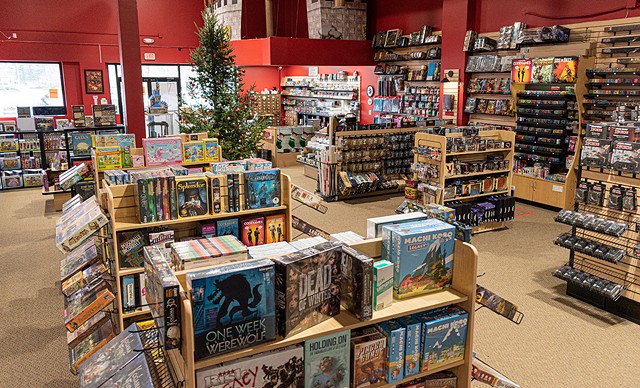 At Just Games Rochester on Penfield Road, there are 1,700 titles in stock in the board game category alone. But the store’s co-owner Matt Vercant says the volume of choices doesn’t have to be overwhelming.

“If there’s something you’re really into, almost definitely there is a game that matches those interests,” Vercant says. “It’s just a question of figuring out what it is for you.”

When it comes to sheer name recognition, few games have as much notoriety as “Catan,” also known as “The Settlers of Catan.” First released in 1995 and recommended for players ages 10 and up, the civilization-building game has since sold more than 32 million copies.

“If you want competition, you can’t go wrong with ‘Settlers of Catan,’” Vercant says. “It’s everywhere, it’s had five editions of the game; it’s incredibly popular. You can learn it in five minutes, but there’s a real depth of strategy to it.”

For the cutthroat competitor, there are games in which blatant trickery and sabotage are built-in, like “Coup.” There, players must bribe, deceive, and manipulate one another if they hope to win.

“This one is if you hate your family already and want to hate them more,” says Lana Smith, who was Just Games’ events manager before the pandemic put in-store events on hold. 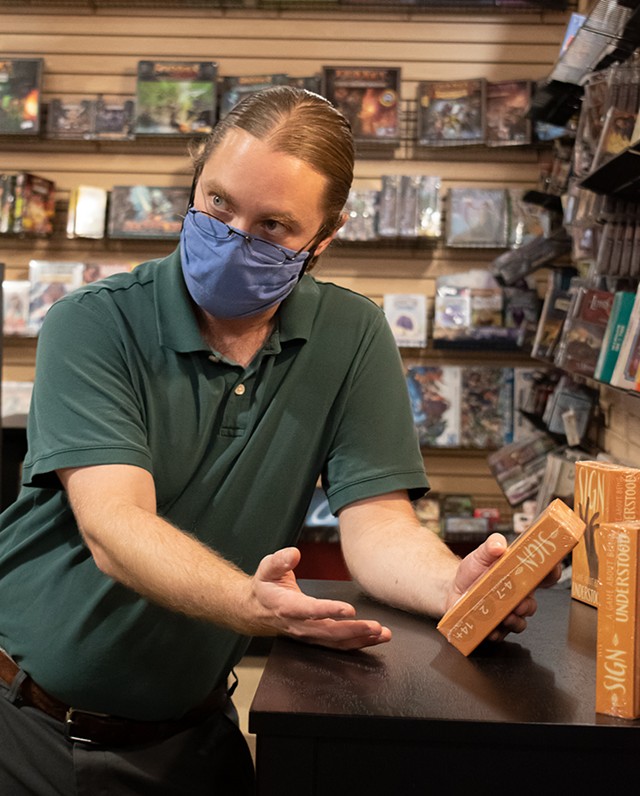 If the health crisis weighs on your mind, you can fight hypothetical viral diseases from the comfort of home without wearing masks or physically distancing. The game “Pandemic” allows players to work cooperatively to find the cures to four different diseases that have broken out in various regions of the world.

“‘Pandemic’ is absolutely still a go-to title,” Vercant says. “This year, everybody’s like, ‘I do want to beat the disease, thank you,’ and so ‘Pandemic’ is just a great play experience. Someone who’s never played it before can usually pick the mechanics up pretty fast, and then they’ve learned about 50 other titles.”

There are also co-op games that blur the line between being a team player and acting out of self-preservation. In “Dead of Winter,” players work together to stay alive in a kind of zombie apocalypse, but they can also hoard resources they need to survive.

“A lot of these games, really what they do is they make these soft, little moral quandaries in your heart,” Vercant says. “Do I help my friend, or do I eat all the food that would keep their character healthy? And that’s the fun of it, right?” 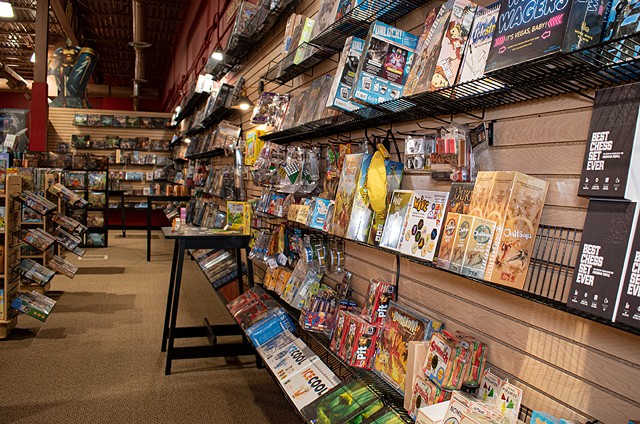 For would-be gamers looking for a more casual playing experience, Vercant recommends “Ice Cool,” which is appropriate for anyone 6 years of age or older.

A game of dexterity, “Ice Cool” has a simple premise. There are penguins in school that are trying to ditch class to go catch fish. In order to help them, players must fling the Weeble-shaped penguins across the board safely without being intercepted by a buzz-killing hall monitor penguin looking to take away their hall passes. 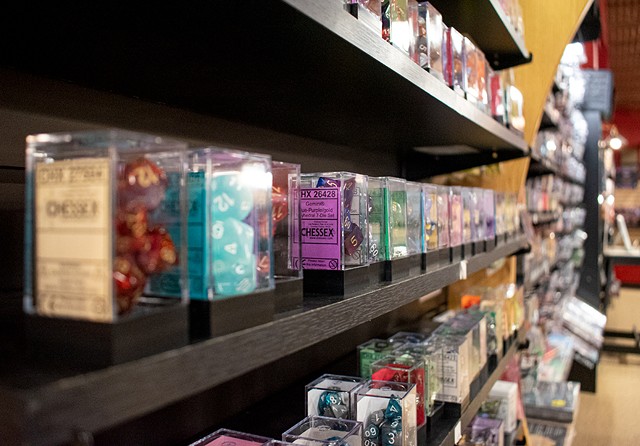 ARE YOU A CARD OR DICE PLAYER? THERE ARE GAMES FOR YOU, TOO.

“The Fox in the Forest,” for example, plays like a two-player version of the trick-taking card game Euchre, but with vulpine themes and fairy characters that can affect gameplay elements such as trump suits.

“Maybe you played Euchre because you’re from the Rochester area and everyone kind of gets suckered into Euchre at some point,” says Vercant. “That’s a really familiar game, then. You just don’t know it’s familiar yet.”

If you enjoy playing “Yahtzee,” the quintessential example of what Vercant refers to as “roll-and-write” games, “ClipCut Parks” might be the right fit.

Its objective is to develop city parks with a hand of three different blueprints dealt face up to each player. In order to complete these blueprints, you can only cut shapes from your score card and place them on the blueprint based on how you roll the dice.

Those who may be curious about role-playing games, or RPGs, don’t have to start with “Dungeons & Dragons.”

“Adventure Games: The Volcanic Island” is an RPG with a “choose your own adventure” card-playing element. And if you and your housemates were interested in playing D&D, but no one wants to be stuck as the dungeon master, “Gloomhaven” may be worth checking out.

If being stuck at home has you craving something more heady or conceptual in your game play, there’s “Dialect: a Game about Language and How It Dies.”

“You’re not making a character,” Vercant explains. “You’re making the character of the language you’re constructing through play — super nerdy.” 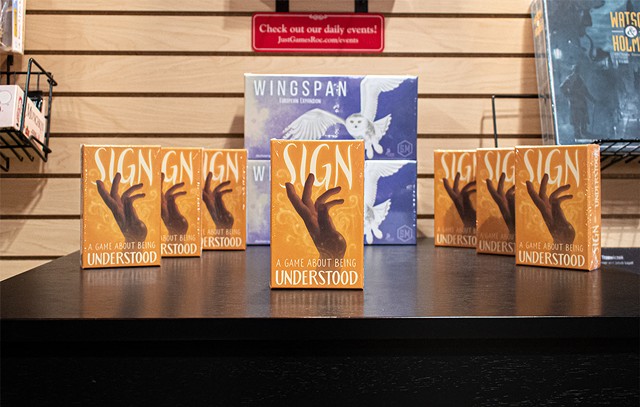 The game’s creators, Kathryn Hymes and Hakan Seyalıoğlu of Thorny Games, have also produced “Sign: a Game About Being Understood,” in which players essentially create a new sign language.

No matter how you like to play, board games and card games can provide the kind of diversion you need. Your turn!