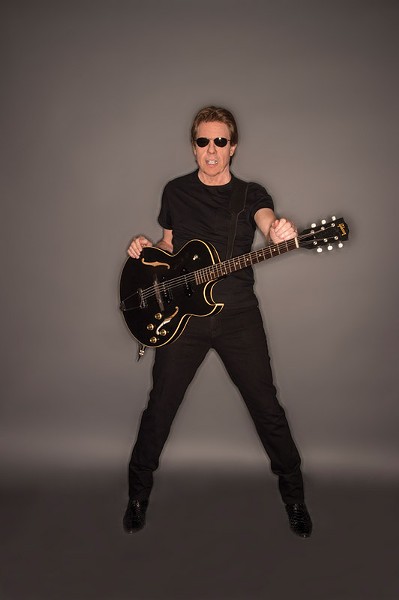 George Thorogood and his band, The Delaware Destroyers, have been laying it down thick and mean since 1975. George Thorogood is an 11th-hour bluesman, riding on the coattails of legends like Buddy Guy, John Lee Hooker, and Hound Dog Taylor — the musician who is most influential on Thorogood's rough 'n' tumble gutbucket guitar sound. You could say Thorogood is with them, not of them. And in my opinion he has surpassed some of them, simply with sheer flamboyance and showmanship. Keeping the Thorogood-inflicted wound open will be the warm-up act: the pride of R.L. Burnside, his grandson, the drummer and guitarist Cedric Burnside. He's loyal to that Mississippi hill-country sound, perpetrated by bluesmen like Junior Kimbrough, T-Model Ford, and Otha Turner, to name a few.