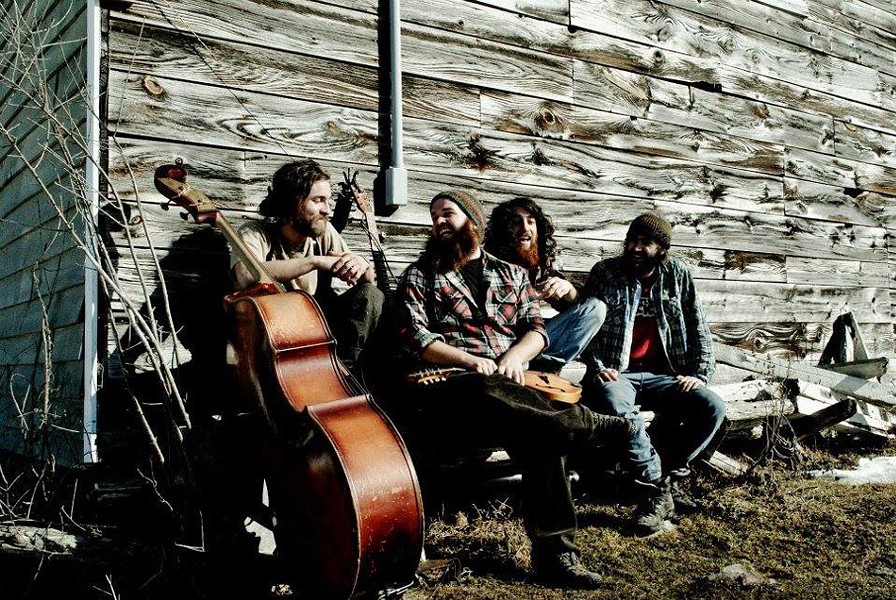 The Saranac Lake-based Blind Owl Band is a "freight train Adirondack string" band of four long-haired, bearded mountain men. The instrumentation is wildly aggressive and lively, while the vocals tend to have an old-timey rasp. With three albums under its belt — "Rabble Rousing," "This Train We Ride is Made of Wood & Steel," and the just-released "Skeezy Patty" — the Blind Owl Band has proved to be successful with its contemporary bluegrass sound. The Honey Smugglers and Folkfaces are also on the Halloween bash bill. Costumes encouraged.