Blood of the Democrat 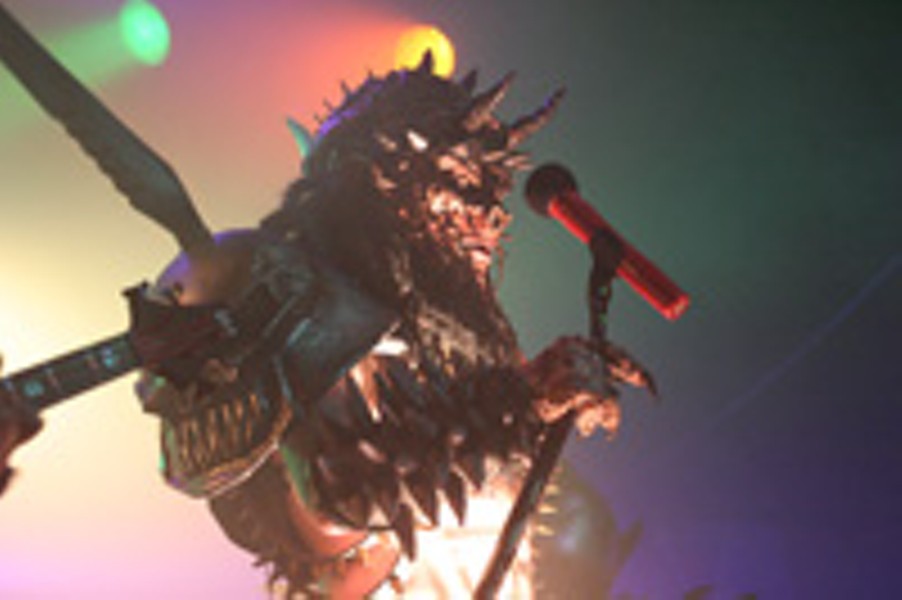 Every style of music you hear today gets a little splash of yesterday. Whether it's soul, garage rock, blues, jazz, hard rock, swing, old-school hip-hop, metal, or whatever, artists --- either out of reverence or because they need a crutch --- rely to some extent on music's ghosts.

Hell, I'm doing it myself right now. But who today relies on the grandiose, poppy rock that dominated the 1980s? Maybe U2 a little bit, but they practically invented the genre they play in and own it still.

These questions popped into my head after seeing the all-original lineup of The Fixx last Thursday at Water Street Music Hall. The band really didn't offer anything new, but its music didn't sound the least bit dated. It was full of big sonic walls with a hefty bass groove and some synthetic new wavy textures. They cranked out the hits ("One Thing Leads To Another," "Saved By Zero," "Red Skies At Night," "Stand Or Fall") to the crowd's nostalgic delight. Even if the whole audience wasn't reliving high school, The Fixx still would've sounded fantastic.

Movies always settle me. I have to sit still and listen, which seems to get harder and harder the older I get and the younger I act. I had the whole seat to myself but only used the edge as I watched Lipstick & Dynamite, Piss & Vinegar: The First Ladies Of Wrestlingflash across the screen as part of the High Falls Film Festival. Battling beauties, flyin' femme fatales, vicious vixens, and dangerous dames like The Fabulous Moolah, Penny Banner, Gladys "Kill 'Em" Gillem, and Ida May Martinez exploded on the screen in a blast of black-and-white delight and in current, colorful, frank, and at times profane interviews. These gals had it rough, but they persevered with class.

And they've still got it. Banner and Martinez were in attendance for the packed screening to field questions afterwards. Martinez, who wrestled from 1952 to 1959 and now yodels for a living, brought me to my knees with her handshake. I need a strong woman.

Afterwards the rockumentary Dig! took the last little glimmer of glamour out of being in a band, heroin addiction, the music industry, and riding the fence between ingenious and insane. It was a brilliant peek into the rise of two psychedelic Oregon bands --- The Brian Jonestown Massacre and The Dandy Warhols. Dig! was poignant, funny, and yet frequently painful to watch as real-life characters on the screen seemed to remind me a little too much of the many degenerates that litter my colored past, including myself.

Later that night it was off to The Montage to see a band that has managed to keep it together for 35 years with brass and class. Roomful Of Blues played to a roomful of blues fans. The band frequently broke it down to a hush with harp and guitar between their pedal-to-the-floor, horn-filled boogie romps. They were bold and beautiful. I mean c'mon, they backed up Big Joe.

Sunday night at Water Street Music Hall and once again GWAR proved it is a bunch of cynical, mean-spirited, irreverent, immoral malcontents intent on destroying everybody --- or at least grossing them out. And I love them. Sure, the spectacle of the show is completely over the top. But keep in mind: while all the heads are rolling and the blood is spewing in the stage fog, these guys are playing some fairly precise heavy metal.

It was really a violence-obsessed teenaged boy's dream as Michael Jackson and George Bush II were eviscerated and their entrails pulled out across the stage; Paris Hilton pleasured herself after being cut in half ala the Black Dahlia; and Laci Peterson gave birth on stage --- all things my dad was convinced happened at all rock shows. Being the curious fan, I was right up front for John Kerry's beheading and found myself bathed in the blood of the Democrat. And the band played on. I woke up with a rash.

And let's not forget Rob Cullivan's Harmonica Tip Number 4: "Learn a few folk songs like 'Oh Suzanna' and 'Camptown Races.' They'll help you get acquainted with all the notes on the harp and make you sound like an authentic American even if you've never hitchhiked or served in an unpopular war."