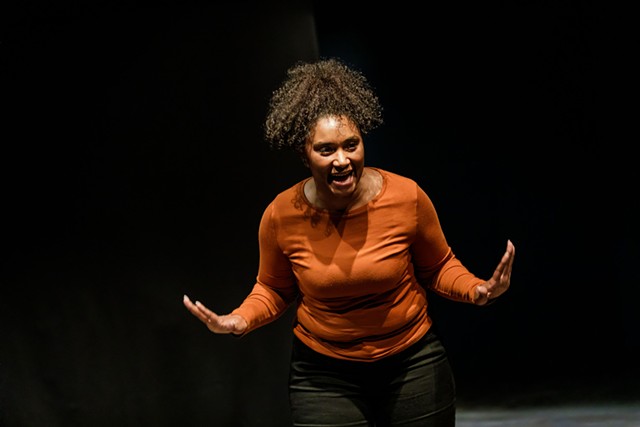 For its first indoors performance in 18 months, Blackfriars Theatre returns to the stage not with a bang but with a warm, inviting whisper.

“Pretty Fire,” a one-woman show written by Charlayne Woodard and directed by J. Simmons, is a lovely choice for a reintroduction to the theater.

I would describe the work not as a play but as an evening of oral storytelling.

“Pretty Fire,” an autobiographical coming-of-age piece, portrays formative moments in the early life of the playwright, who went on to have an extensive acting career. The performance is presented as five chapters, each with a title card.

Each chapter meanders through memories and scenes. The titular chapter, for example, begins with a mother asking her daughters what they want to be when they grow up (one chooses a dog) and ends with a loss of innocence in the face of an act of anti-Black racism. The stories are slices of life, going from one memory to the next; Woodard seems more interested in bringing vivid moments to life than in following a tight plot. 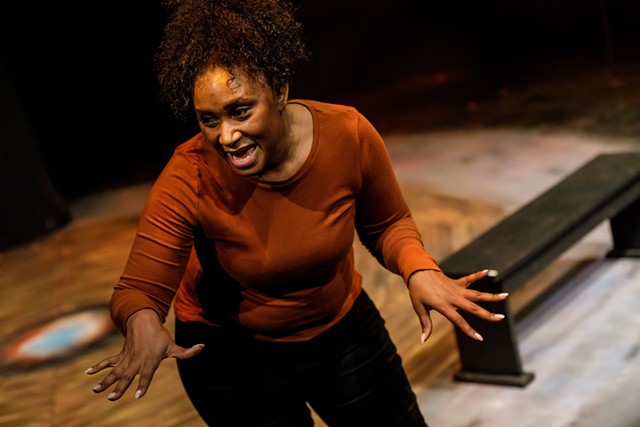 The success of the show rests on the ability of the sole performer to sustain interest for over two hours. Adryanna Elmendorf is an absolute delight. Her warm and open portrayal of Charlayne evokes the feeling of someone you want to befriend, opening up to you.

She takes on the voices and mannerisms of many other characters, ranging from family members to bullies, using impressive physicality to distinguish between personas. 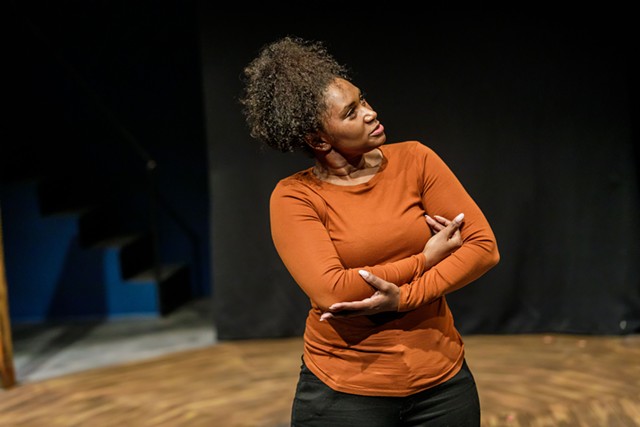 The silent second star of the show is the design. The use of light, sound, and occasional projections help distinguish different locations and moods. The set is minimal — the suggestion of a door and a window—but sufficient to help audiences imagine everything from a hospital to a church to a rainy walk outdoors.

Some of the specific details slipped past me — one chapter is set in the Jim Crow South, but I don’t think a specific year was stated. However, this didn’t bother me as much since Charlayne’s emotional state always felt clear.

The coming-of-age stories center on family relationships with mom, sister, and grandma. Although there are upsetting accounts of racism — and one particularly graphic moment of sexual assault — the focus always returns to the resilience of the family and the way the women in her life come together in the face of trauma, and not the traumatic acts themselves. 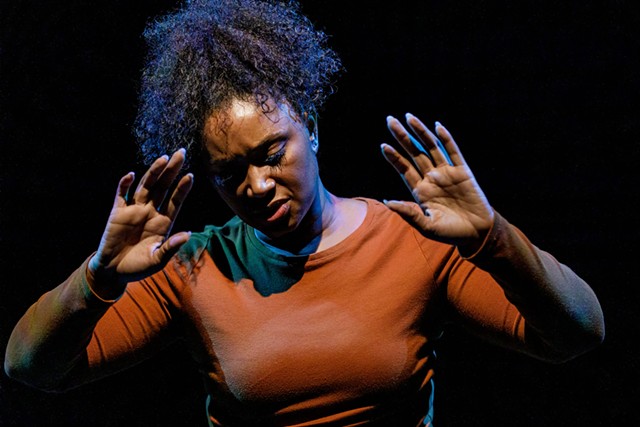 The final chapter is a small love letter to performing, a passion the playwright discovered in church choir. It made me reflect on the loss of the live performances during the pandemic. While Zoom can do a lot, it doesn’t fully capture body language, facial expressions, changes in lighting, eye contact with the audience — everything that makes this production so engaging.

My plus-one mentioned this play would be a great way to introduce her reluctant boyfriend to theater — partly because he might personally respond to the show’s portrayals of racism in the South and growing up in a religious family.

But I think on a broader scale, this production is a good demonstration of the simple joy of being in a room with a performer helping you to believe something that isn’t there. The digital program includes a playwright’s note where she says that without realizing it, as a child who loved to tell stories, she was taking part in the oral tradition of the African griots.

Remember being a kid and just wanting someone to tell you a story? The story doesn’t have to be particularly groundbreaking or fantastical, just as long as the person telling it is able to transport you. This play is two hours of that.