Black Pride: history and the work ahead

This past balmy Saturday night, Central Library's downtown, riverside Rundel Memorial Building -- with its Art Deco aesthetic -- was the backdrop of "Black Glamour: A Met Gala Affair." The event was a fundraiser for the Rochester Black Pride festival, and also an opportunity for community members to get gussied up, socialize and dance, and explore the "Stonewall: 50 Years Out" exhibit.

That exhibit, installed on the walls and in several display cases in the library's main hall, was curated by Rochester City Historian Christine Ridarsky and various community partners. It contains a wealth of material -- articles, photographs, and objects -- that tells the story of the Stonewall uprising and Rochester's own journey toward liberation. And it also includes photographs of contemporary LGBTQ community members made by artist Adrian "Gatekeeper" Elim, paired with quotes from the subjects. The extensive display was named one of the best exhibits commemorating Stonewall by The Guardian.

Artist Thomas Warfield, one of the evening's emcees, underscored the significant history of Stonewall, and the way it informs the present.

"A lot of people like to say that Stonewall was the beginning of the Gay Liberation Movement," Warfield said. "Well it wasn't the beginning. But it was when our voice was heard. It wasn't that people were standing around with signs. No, it was a riot. Their voices had to be lifted a little higher, a little louder, for us to be here today. And it hasn't stopped. There's so much more to do, there's so much more that we have to do, each one of us. We can't really wait for somebody else or an organization to make a difference in the world we live in."

Though the wider LGBTQ community has made advancements toward liberation in the past several decades, visibility and safety remain dire issues for trans people and especially trans women of color.

"The trans community is always left out," said Gatekeeper, who is a lead organizer for Rochester Black Pride Collective. "And black and brown people are always missing from these narratives, especially when we talk about history, what Pride means and where resistance has come from, and how things actually get changed. It's not just people lobbying. It's protest, it's direct action, it's organizing on the community level."

For this reason, Rochester Black Pride Collective balances even its most celebratory parties with discussions of serious work.

Mother Kiki helped raise part of the community, Gatekeeper said. "And so that's part of why we wanted to have this here, with the Stonewall exhibit, and really elevate the trans community, particularly black trans women who are the most marginalized and the most attacked of our community. And they're the ones really doing the work when you think about any work, community work, you think black trans women."

Rochester Black Pride Collective also debuted the brand-new Rochester Black Pride flag at the event. Inspired by Philadelphia's Pride flag, this one also includes black and brown stripes as well as the trans pastels; all of the colors are arranged in stacked chevrons with the text "FREE TO BE ME" in the top black triangle.

This year's theme for the Black Pride Festival is "retro," with a particular focus on 1980s aesthetics, music, and icons. The festival will be held in early September this year so it catches the college crowd; it was previously held in August.

"We really wanted to start engaging the youth in a different way," Gatekeeper said. "So with Black Pride this year our focus is the youth -- providing spaces for them, allowing them to see they have the opportunity to do whatever they want to do and be whatever they want to be. I think there's power in seeing different generations of a community, and then you can kind of see a trajectory for yourself."

The Black Pride Festival lineup will be announced in the months ahead. Updates will be available at rocblackpride.com. 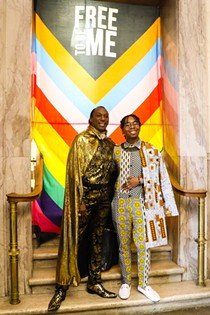 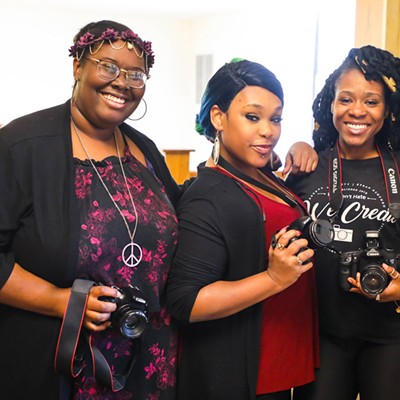 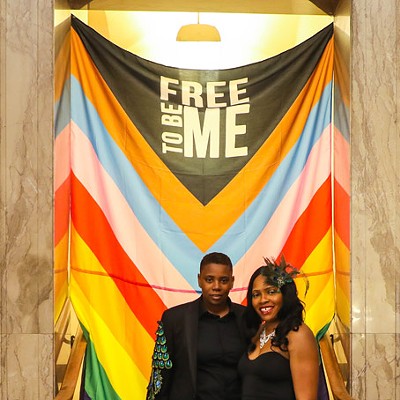 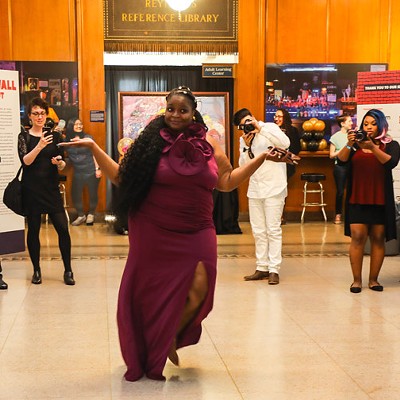 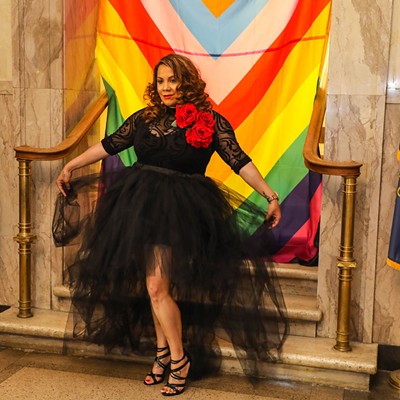 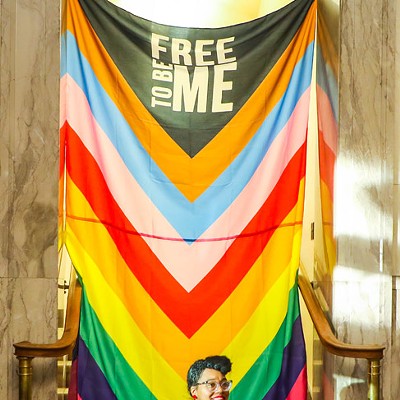 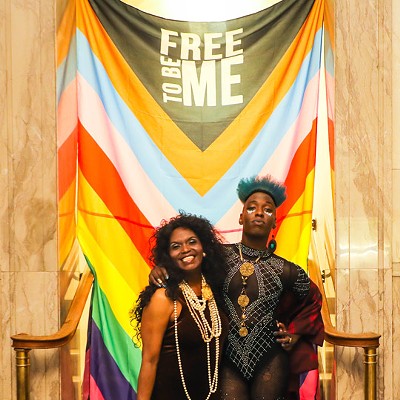 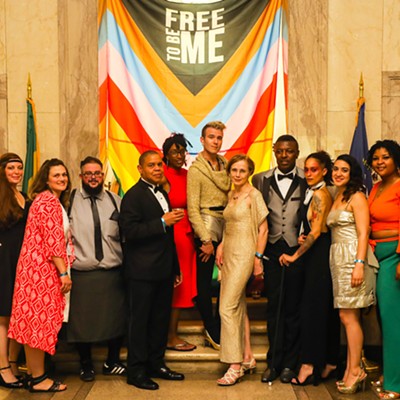 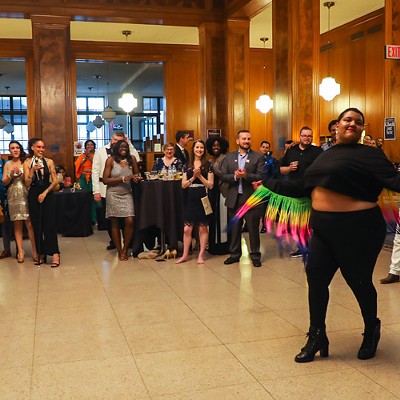 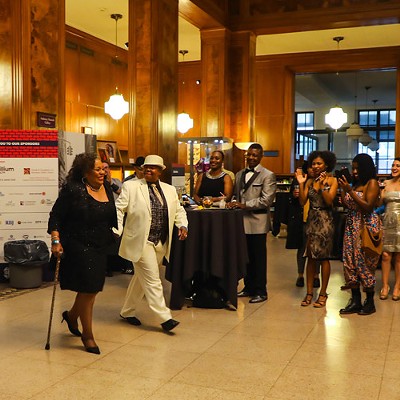