June 11, 2020
Tiffany Porter was two years old when her family moved to Fairport in 1985. From the beginning, her family experienced racism.

“When we first moved into The Pines. Somebody killed a cat and wiped our window with the word ‘N****’ with the cat blood and left the cat there,” Porter said. 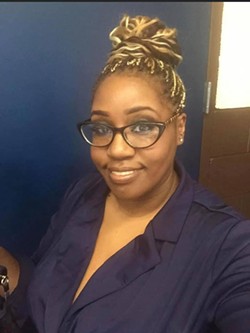 Now, Porter is a mother of three boys in Fairport. While racism has become less overt over the years, she said that she still has to endure the consequences of racial inequity.

Two weeks ago, her two oldest, who are 14 and 13 years old, came to her after they’d seen a video of George Floyd’s last moments, pinned to the ground by police officers for nearly nine minutes, a knee on his neck.

She says it took her a moment to collect herself.

“This is why we have these conversations,” said Porter. “And I said ‘What is the protocol for you if you get stopped by police?’ And my sons, the two older ones, they can recite it.”

For instance, if you're in a car, hands are on the dashboard. Phone is on record.

The first time they’d had that conversation, she said, was after 12 year-old Tamir Rice was shot and killed by a police officer in 2014 in Cleveland, Ohio.

She says that her sons are scared and depleted, their souls hurting as hers hurts. Porter remembers as a kid seeing Rodney King brutalized by police in L.A. in 1991.

“That’s when my fear of police began when I was a kid watching TV watching them beat him over and over again.” 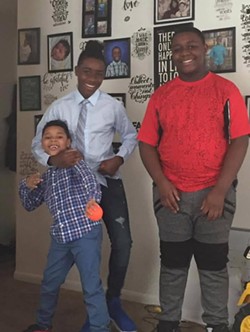 Porter is one of the organizers of a Black Lives Matter panel discussion on Thursday: “My Black Experience in Fairport” hosted by The Fairport Coalition for Justice & Equity. The gathering aims to drive home the conversation of race and black experiences in a predominantly white town.

“If I don’t start this fight and try to finish this fight until I see results and policy change, then I am doing a huge disservice to my sons, to my black community, to this country.”

On Saturday in Fairport, artwork supporting Black Lives Matter was taken down by two men, one a Fairport Brewing Co. employee who has since been laid off following video capturing the incident. The artwork was created and posted by Fairport High School alumna Alexa Guzmán, who is the recent founder of an arts organization A.I.R. (Art Is Resistance).

Fairport mayor Julie Domaratz issued a statement on Thursday denouncing racism "in all it's forms," and said that the mayor's office has been in communication with the founders of Project A.I.R. and "are helping to facilitate connections to keep the conversation going."

"We all need to work harder to end racism," Domaratz said. "That includes Village government, our businesses, our residents and everyone who is proud to be part of our Fairport community."


Noelle E.C. Evans is a reporter for WXXI News, a media partner of CITY. She can be reached at nevans@wxxi.org.