PHOTO BY GINO FANELLI The People's Slate is a four-person coalition seeking to fill City Council at-large seats. The Slate is made up on of Brittan Hardgers (left), Stanley Martin, Kim Smith, and Kevin Stewart.
Last year, they marched on City Hall. Now, a handful of organizers of the 2020 protests are hoping to march into City Hall as members of City Council.

The foursome of Democrats, who dub themselves “The People’s Slate,” is comprised of Free the People organizer Stanley Martin; VOCAL-NY organizer Kim Smith; Brittan Hardgers, a barber and staple of local Black Lives Matter protests, and Kevin Stewart, a quiet fixture at the protests who did much of his organizing behind the scenes.

The members are looking to convert their popularity and ability to galvanize people into political power by taking four of the city’s five Council seats “at-large,” meaning offices that represent the entire city as opposed to a district defined by boundaries.

In the process, they will have to wage primaries against at least three incumbents in Council members Mitch Gruber, Willie Lightfoot, and Miguel Meléndez, all of whom are seeking re-election. The remaining at-large seats are currently occupied by Malik Evans, who is running for mayor, and the Council’s president, Loretta Scott announced in late January she would not seek re-election.

The slate is betting on a belief held by many of the thousands of people who took to the streets last year that Rochester’s elected leaders have failed to address basic needs of everyday city residents, and that the only way to address their shortcomings is to oust them and rebuild.

Martin cast their candidacies as both a duty and desire to affect change.

“If we felt they have done enough, I don’t think we would feel the burden to fill these positions with community members and people who have witnessed and experienced what it feels like when they haven’t done enough,” Martin said.

The People’s Slate was forged over months of protests, first following the killing of George Floyd by Minneapolis police in May, then again in September, after news of the March killing of Daniel Prude by Rochester police officers.

Prude’s death and the lack of transparency about it at City Hall, coupled with the perception that the police’s response to demonstrations was extreme, fueled a movement that had for some time considered a sea change in the city’s halls of power was long overdue and simultaneously exposed a vacuum in potential leadership.

“What you are seeing in the streets are a result of numerous meetings where there has been no follow through, numerous requests for meetings that have not been followed through,” Smith said. “When we say our voices are not being heard, that is not a figurative statement.”

Stewart and Hardgers are political newcomers.

Smith has dipped a toe in political waters. She most recently vied to fill the vacancy on City Council left behind by Jackie Ortiz, who resigned her seat in August upon being appointed the Monroe County Democratic elections commissioner. That seat was ultimately filled by Meléndez. Earlier in 2020, Smith lost a Democratic primary for the 61st Senate District.

Martin previously ran unsuccessfully for City Council’s East District seat in 2019, which was ultimately won by another progressive in Mary Lupien. Martin said she had no plans to run for office again before joining the slate, seeing her role as an activist as more her speed.

But she said building the slate and running for office was a begrudging last resort after months of calls for change were met with little action from city leadership. Namely, protest organizers sought a large cut in RPD’s budget to fund crisis response teams and the passage of “Daniel’s Law,” a bill which would forbid police from responding to mental health crises.

In June, the city did reduce the police budget by about 5 percent, including halving the incoming recruit class. In September, the city announced the opening of the Office of Crisis Intervention Services, which includes the Person in Crisis (PIC) team. That 14-member team was funded partly through RPD budget cuts, and serves as a police alternative which responds to calls related to behavioral health. It’s one of the first of its kind in the region. 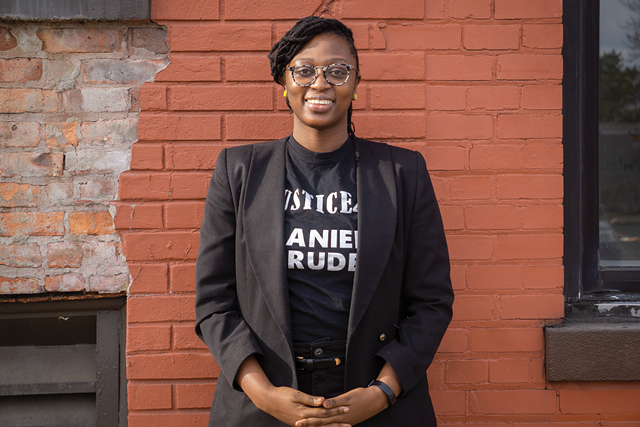 “We do see change in the most important piece, which is more people getting involved and focusing on the issues,” Martin said. “Within the establishments, it is a wall that feels like it cannot be broken through, but that’s why we are creating an alternative.”

The slate’s main focus is propping up its candidates for office. But its members acknowledge they are players in a broader mission of supporting and giving voice to people who have had trouble gaining a foothold in mainstream politics in Rochester.

Hardgers, a transgender man, said ensuring every member of the community has a voice is the most critical piece of the governance puzzle.

“There are too many people that are patting themselves on the back with a job well done, that literally are not responding to the voices of the community, the needs of the community,” Hardgers said. “We are here because everybody deserves a seat at the table.”

In practical terms, platform items like reimagining public safety and “refunding Rochester” mean diverting resources from the Rochester Police Department into mental health services — a common call of Black Lives Matter protests that culminated in the catchall phrase of “defund the police.”

All the members of the slate believe the Police Department’s budget is bloated. But each member has their own ideas of how deeply law enforcement budgets should be cut. Smith, for instance, believes that a police force is essential to a healthy community. Martin, on the other hand, would like to do away with traditional officers entirely and replace them with a variety of crisis response teams.

The candidates are united on the belief that governing starts from the ground up, and that city government currently does too much behind closed doors.

“We all learned and heard these stories about smoke-filled back rooms in middle school, and it was sort of like an American myth, but that’s what is happening in our government,” Stewart said. 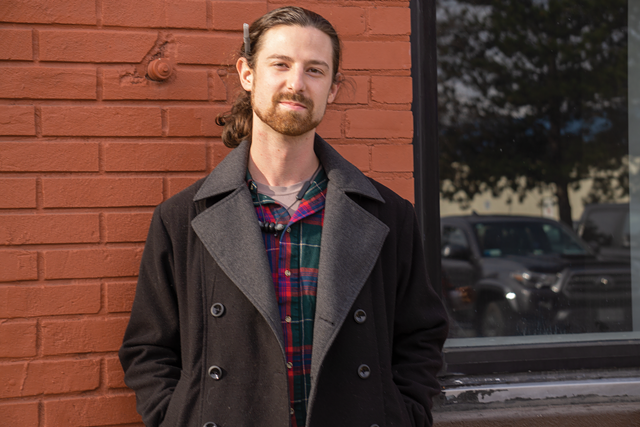 Slate members said that, if elected, they would hold public meetings in the days and weeks leading up to a vote, make sure members of the communities affected by new city policies have a chance to converse directly with Council, and that policies would be proposed based on the stated needs of the community heard through public hearings.

“With our process, every month as we get our campaign up and running, we will hold community listening sessions,” Smith said. “We won’t wait for the community to come to us, we will go into the communities and ask them what they need for their community and for themselves from Council.”

Lightfoot, the Council’s vice president and most seasoned elected official of the at-large Council members the slate is looking to replace, said he is already doing those things. He noted that he opened an office on Jefferson Avenue that welcomes residents who want to talk about anything and everything, although it has been mostly closed during the pandemic. He said his Council colleagues are active in the same way.

“I went around with Malik Evans and Mitch Gruber and held community sessions from when I was first elected until COVID happened,” Lightfoot said. “We were doing them all around the city.”

In May, the Council received an “A” rating from the New York Coalition for Open Government for public access during the pandemic. Rochester was one of four municipalities to be recognized, alongside Albany, Niagara Falls, and Binghamton.

“Instead of people criticizing, I think they should look at us as trendsetters as far as us moving the needle forward,” Lightfoot said.

Some of the immediate policy positions of the slate directly contradict those of the current City Council.

For example, the slate believes the city’s new Police Accountability Board should be independent of the City Council and set its own budget — a stance in line with the thinking of the board’s new executive director, Conor Dwyer Reynolds. Council members, however, have stated that the board is a subjugate agency of Council.

“When we think of accountability and transparency, we want to decentralize power and create institutions which are solely accountable to the people, and not to executive powers of government,” Martin said.

While The People’s Slate was born of the Black Lives Matter movement, its members stress that their goal is not to legislate on the basis of racial lines. Sure, they would like to see more Black leaders. But they are quick to note that many of the city’s ills happened under leaders who are Black — the mayor, the police chief, the president of the City Council.

Martin said the importance of shaping policy that addresses historically marginalized residents outweighs the color of a politician’s skin. “I don’t think just being Black is enough,” she said.

Not everyone in activist circles agrees with that sentiment.

Miquel Powell, a former Police Accountability Board member, expressed outrage during the appointment process that Reynolds, a white man, was tapped to lead the PAB. He said the job should have gone to a Black person. Powell is also a candidate for an at-large Council seat.

For the most part, though, as slate members see it, classism and the institutional racism perpetuated by unfettered capitalism are at the heart of the problems affecting everyday city residents.

“We don’t want any divide,” Smith said. “The only ‘Us and Them’ should be capitalists and those of us who are for the people.” 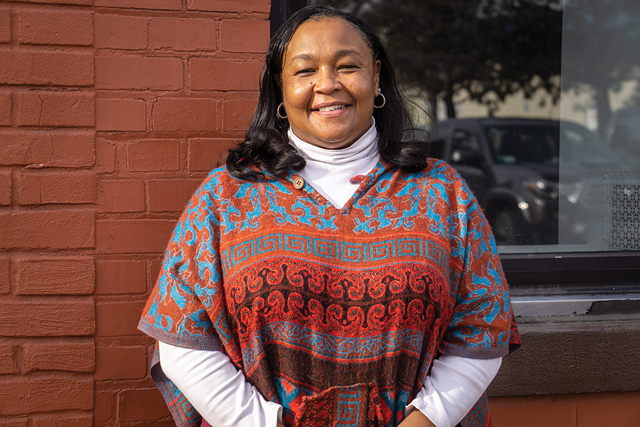 The slate’s governing plan is simple: Identify a need, and meet it.

Hardgers argued that philosophy was on display in 2020 at the protests across the nation, where organizers, including here in Rochester, offered free food and other necessities to demonstrators and the neighborhoods through which they marched.

“How many homeless people and children heard us coming for miles, and knew that they would eat, that knew they would get a hat, a pair of gloves, something to drink, across miles, cities, states, across the nation?” Hardgers asked. 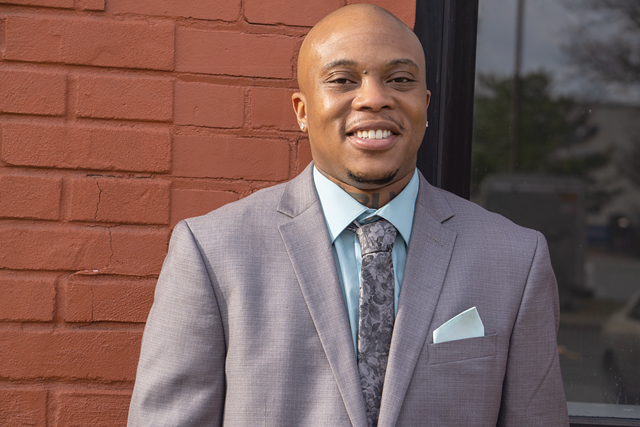 The People’s Slate’s first challenge will be getting the endorsement of the Monroe County Democratic Committee, which typically backs incumbents. Then, regardless of whether the slate’s candidates get the party’s designation, they will likely face a bruising primary that will require a relentless get-out-the-vote effort.

Smith acknowledged that the coming months would be a long road, but said she was confident people will see value in the mission of injecting new blood into the Council.

“We are tired of plans that sound good,” Smith said. “We need to start having plans that work, and feel good.”