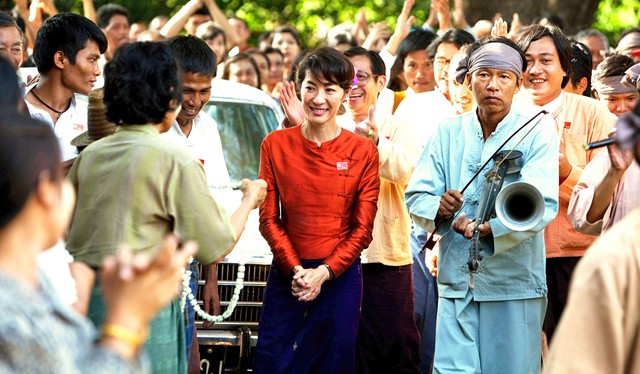 A record-breaking 29 million people streamed the fourth season of “The Crown” the week it dropped on Netflix last November. Blame it on the bored multitudes staying home and watching a lot of TV if you want. But the show, which tells the story of Queen Elizabeth II’s reign and reveals the inner lives of the British royal family — humanizing them while taking a warts-and-all approach — is undeniably popular.

Most shows and films about British or other European leaders are. We're inundated with movies and TV series that bring historic leaders to life (“The Tudors,” “Versailles,” “The King,” “Victoria,” and many more). Maybe our fascination is due to the fact that we don’t have royals in America.

But there’s a wide world outside of Europe that offers many stories of consequential historic leaders that are worth telling. While we’re impatiently waiting for the fifth season of “The Crown” to be released (not until 2022, sorry!) take this opportunity to expand your geographic focus.

Many of the stories are about non-European leaders who are revolutionaries or religious figures, not necessarily heads of state or anointed rulers. 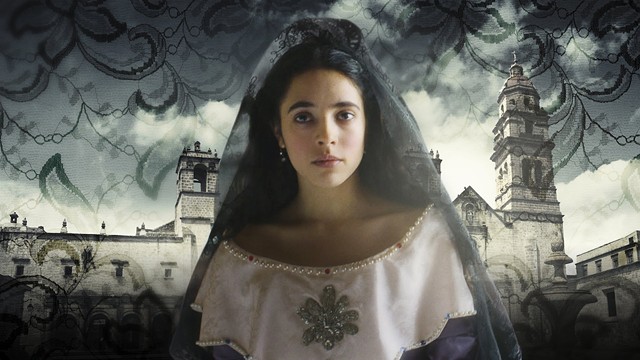 “Since it does seem to be so hard to think of fiction films and television shows that focus on established non-European leaders, I wonder if one of the reasons ‘Black Panther’ has been so popular is that it features an established African royal family,” said Jean Elisabeth Pedersen, Associate Professor of History at the University of Rochester.

Good storytelling brings to life the histories and struggles of those of people who have been marginalized in or left out of historic accounts recorded by occupying nations.

With a little digging, there are a number of television shows and films available, said Dr. Molly C. Ball, who is a lecturer in the University of Rochester’s History Department and coordinator for the Latin American Studies minor.

“They can be riveting and open up a whole new geography to viewers,” she said.

The following list was compiled with the help of Ball and Pedersen.

“Juana Inés”
One of Ball’s favorite series from the colonial period is the Mexican TV show, “Juana Inés,” about the life of Sor Juana Inés de la Cruz, an outspoken and influential feminist nun whose lesbian relationship got her into trouble in 17th-century Mexico. She was a self-educated philosopher and writer, and turned her nun’s quarters into a salon that was frequented by Mexico City’s intellectual elite. “Juana Inés is incredibly riveting and also gives some great insight into the complicated social structure,” Ball said.

“The Lion of the Desert”
This 1980 film tells the story of early 20th-century Libyan revolutionary Omar al-Mukhtar, as the north African country fought for independence from its Italian colonizers. A teacher-turned general in 1911, al-Mukhtar organized and for almost 20 years led the Libyan resistance movement, and became a national hero and enduring symbol of resistance in the Arab and Islamic worlds.

“The Lady”
Michelle Yeoh stars in Luc Besson’s biopic, “The Lady” (2011), about Aung San Suu Kyi, the Nobel Peace Prize laureate who stood against the military government of Burma and was placed under house arrest for almost 15 years. She survived an assassination attempt. She went on to serve as state counsellor of Myanmar (equivalent to a prime minister) and minister of foreign affairs from 2016 to 2021. This one’s incredibly topical — Suu Kyi was just placed under house arrest in February when military leaders overthrew her democratically-elected government.

“The Last Emperor”
An epic biographical drama, the 1987 film follows the life of Puyi, the last Emperor of China, whose 1964 autobiography was the basis for Bernardo Bertolucci and Mark Peploe’s screenplay. The story covers a lot of tumult and change, jumping back and forth in time from 1950 when Puyi is a political prisoner of The People’s Republic of China to 1908, when Puyi is brought as a toddler to the Forbidden City to become the next emperor, all the way to the rise of Mao Zedong and the Cultural Revolution in the 1960s.

“Lumumba”
The 2000 biographical film by Raoul Peck tells the story of Congolese politician and independence leader Patrice Lumumba, who played a significant role in transforming Congo from a colony long brutalized by Belgium into an independent republic in 1960. The film forefronts African nationalism and pan-Africanism ideologies, which have connections to the civil rights movement in the U.S. The story follows Lumumba through a turbulent time, in his role as the first prime minister of the Republic of Congo, working alongside the nation’s first president, Joseph Kasa-Vubu, to prevent the country from dissolving into anarchy.