PHOTO PROVIDED / VIA WXXI NEWS Two CAHOOTS counselors talk to a patient.
For over 30 years, the White Bird Clinic in Eugene, Oregon has led the city’s Crisis Assistance Helping Out On The Streets (CAHOOTS) program, an initiative which sends social workers, not police, to respond to reports of mental health crises.

CAHOOTS has become a model for how cities can offer alternatives to policing that lead to better outcomes for their most vulnerable residents. Rochester officials want to learn from the CAHOOTS approach as they revamp the city’s crisis response programs. This month, Rochester City Council will vote on legislation to enter into a contract with the White Bird Clinic, which will provide technical support and professional development services to the city as it refines its newly established Crisis Intervention Services Unit.

The contract will last for one year at a cost of $25,000 and has an option to renew.

A report from the Monroe County Medical Examiner’s office listed his cause of death as “complications of asphyxia in the setting of physical restraint due to excited delerium due to acute phencyclidine intoxication,” an indication that Prude might have been high on PCP.

Department of Recreation and Human Services Commissioner Danielle Lyman-Torres said about 14 people will staff the crisis intervention unit, with two two-person teams of social workers expected to be on shift during peak times. In situations where there is an active crime or imminent danger present, the teams will work in tandem with police. Other times, when deemed appropriate, crisis intervention teams will respond independently to incidents.

“Instead of sending law enforcement or other forms of public safety to these calls, we will be sending these teams,” Lyman-Torres said. “We’ll be doing that at some points, but we will also be doing some co-response...What we’ve learned from other cities is that by doing that, other resources are freed up. Law enforcement and EMS are then directed to the types of responses that absolutely need them.”

Lyman-Torres said the goal is for the unit to not just intervene in a crisis, but to guide people to help and assistance.

“We’re able to use the expertise of the crisis response team to deal with a person in crisis right there, to make sure there’s a warm hand-off to a service or to a peer that can support the navigation of a system,” Lyman-Torres said.

White Bird Clinic was founded in 1969 as a non-profit crisis intervention initiative and it was explicitly intended to be an alternative to calling the police. The name CAHOOTS in and of itself is a bit of a tongue-in-cheek joke—when the clinic entered into a partnership with the Eugene Police Department in 1989, the acronym was picked as a self-aware jab that it was now working, or in cahoots, with the police.

Director of Outreach at the White Bird Clinic Tim Black said that distrust of police can often escalate situations when officers respond to calls where people are having mental health crises. According to a report from the non-profit Treatment Advocacy Center, people with untreated mental illness are 16 times more likely to be killed during a police encounter than a person without mental illness.

“You can be the nicest officer with best communication skills, and you will probably hear this if you talk to patrol folks, it’s what that uniform represents to that individual that can really set them off,” Black said.

White Bird Clinic will guide Rochester’s new crisis intervention unit in tactics of de-escalation, harm reduction, and other ways for dealing with people in crisis. In the past, the clinic has offered similar guidance to cities like Portland, San Francisco, and Denver.

Black sees the role of bodies like the Crisis Intervention Services Unit as a new form of first response.

“Rather than continuing to obligate police to be that response, we could prevent a lot of these really escalated situations from unfolding by having a different resource go out in the first place,” Black said. “Many of the calls that come into 911 are not about crime, they’re not about something being on fire or someone having a heart attack. They’re about poverty, housing, and addiction.” 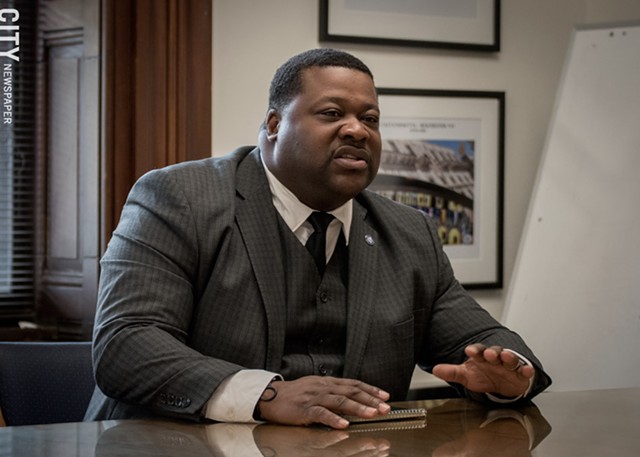 In Rochester, crisis response teams have typically been small. For example, FACIT was formed in the 1970s, and at the time had 8 social workers. Today, it has 10. Lightfoot is hopeful that more money will be pumped into the new unit as next the city’s 2021-22 budget is sussed out.

“In the New Year, I’ll be advocating to put in more dollars and resources,” Lightfoot said. “Where that comes from, we haven’t decided yet.”

City Council is set to vote on the White Bird Clinic consulting contract at its monthly meeting on Dec. 15.