Bicycles are a socially conscious form of transportation. They aren't as personally isolating as cars, they're better for the environment, and they're accessible to a broader range of people.

Bicycles can also improve lives. That's the idea behind Dream Bikes, a nonprofit shop that opened this month at 1060 University Avenue. The shop's inventory of bikes, bike components, tires, cycling clothing, and gear is largely used, but there's more to the operation than what it sells. 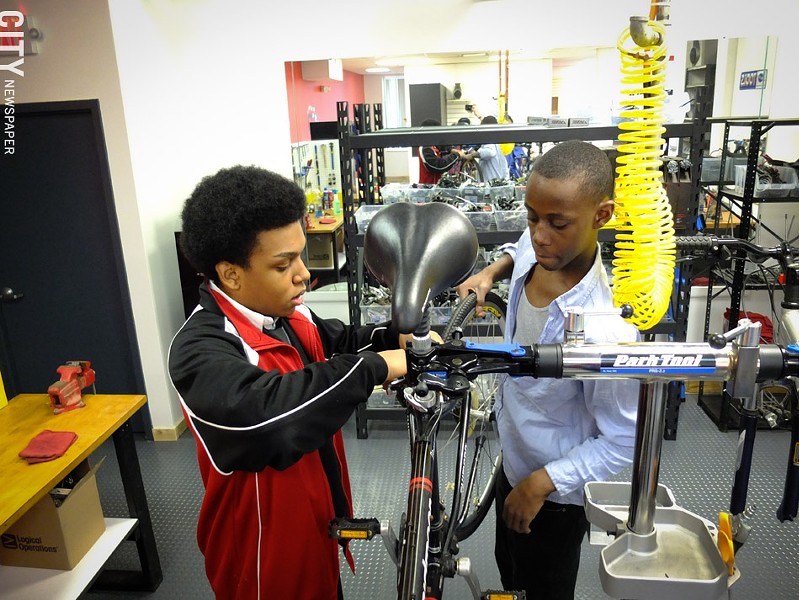 The shop's main thrust is to provide job opportunities and meaningful work experience for teens from lower-income neighborhoods. The teens handle customer service and sales, and they wrench on the bikes.

"We're just here to try to help them out, give them a step up," says Paul Barrows, manager at Dream Bikes.

David Gayle and Shandan Jones, both juniors at Vertus High School, are two of the shop's three initial hires. They say that working with their hands and using tools appeals to them. And the skills they learn are transferable to others field, too, such as plumbing and auto repair.

"This is something you can actually use in life," Jones says as he and Gayle work to strip parts off of a pair of damaged bike frames.

Trek Bicycles formed Dream Bikes in 2008 and opened its first shop in Madison, Wisconsin, the home of its corporate headquarters. It opened a second location in Milwaukee, and the two locations have provided jobs for 80 teens and repurposed 10,000 bikes.

The Dream Bikes board decided last year to expand into additional cities and picked Rochester because of its struggles with poverty and its low city school graduation rates, Barrows says.