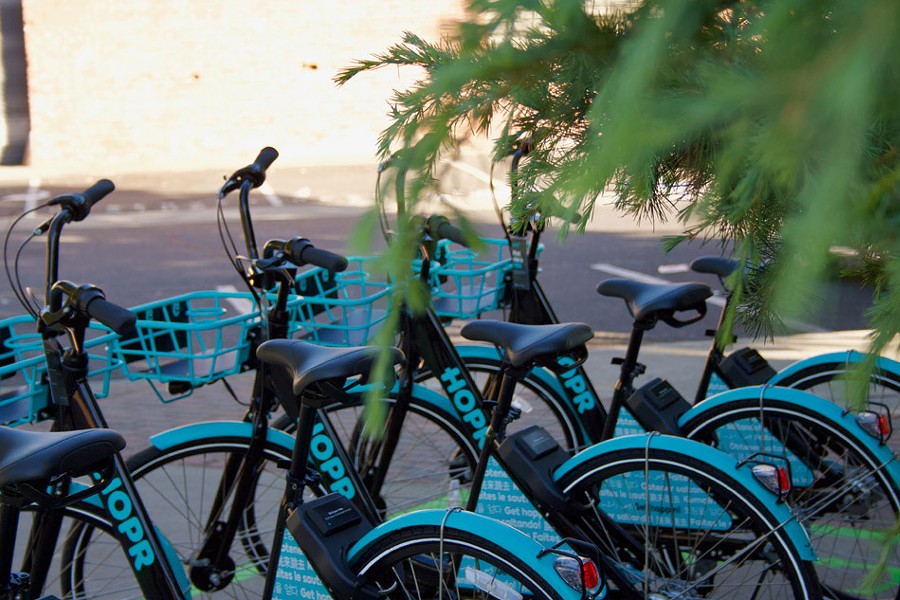 Pedal pushers in certain suburbs could have access to a new bike sharing program by the fall through an arrangement brokered by the region’s public bus service.

Regional Transit Service has contracted with the Miami-based bike sharing company HOPR to establish and operate a bike sharing service in Monroe County.

The company has pinpointed Brighton, Brockport, Sweden, Fairport, Irondequoit, Greece, and the town and village of Pittsford as potential locations, according to RTS, which has sent letters to officials in those communities to gauge their interest. Communities have to opt-in for HOPR to set up bike sharing stations there.

“We just think that it would be well-received,” she said.

Bill Carpenter, the chief executive officer of RTS, said the towns and villages were targeted based on a variety of factors, such as population density, existing bike infrastructure, and attractions such as the Erie Canal path or colleges.

“The bike share program makes sense to us to complete some trips, but also to provide mobility, ideally on a college campus like SUNY Brockport, towns and villages,” Carpenter said.

The effort unfolds as the city of Rochester looks to replace its Pace bike sharing program. That program ended in March when the company that oversaw the program, Zagster, pulled out of Rochester and other mid-sized cities after suspending bike rentals due to the health crisis.

Carpenter said Rochester was not included in the arrangement with HOPR because the city was still under contract with Zagster when the bus company put the suburban bike share contract out to bid. Zagster bid on the contract but was beat out by HOPR, said Tom Brede, a spokesperson for the transit service.

HOPR began in 2011 as CycleHop, and operates in roughly a dozen cities and on a half-dozen university campuses. Like most other bike share operators, it offers pay-as-you-go options as well as single-day and monthly passes. 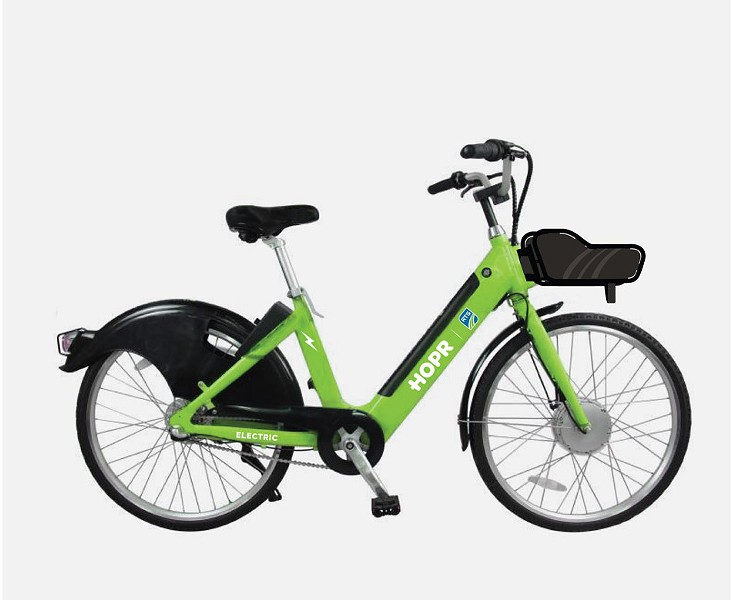 The RTS letter to town and village officials explains that HOPR plans to launch with both traditional bikes and electric-assist bikes in places that want them. State lawmakers in April legalized the use of electric bikes and electric scooters on roads in New York.

Bikes and racks would be placed at transit stops, parks, commercial centers, school campuses, and other places that serve as destinations for large numbers of people, according to RTS. The bikes would be rented through an app, and they’d be redistributed daily by HOPR staff.

The idea of a suburban or regional bike share system is not new to Rochester.

In 2015, the Genesee Transportation Council published a Rochester Area Bike Share Feasibility study, which concluded that the city of Rochester could support a bike share program. It also found that Canandaigua, parts of Brighton and Greece, the RIT campus, East Rochester, Brockport, Fairport, and the village of Pittsford could sustain a program.

The suburban bike share initiative is tied to Reimagine RTS, a massive undertaking at the bus service to reconfigure some fixed bus routes and replace underused ones with on-demand transportation. The new system was supposed to go live June 29, but RTS put the launch on hold due to the pandemic.

Some elements of Reimagine RTS will still be put in place, though. For example, the agency has launched a new app and will add a cashless fare payment option when it begins collecting fares again on July 15. RTS has not charged fares since the coronavirus outbreak.

Rochester officials are considering whether to enlist HOPR to restart bike sharing in the city or issue a request for proposals to select a new operator, city spokesperson Justin Roj said.

Zagster introduced bike sharing to Rochester in 2017. The next year, the service was rebranded as Pace and suffered a high-profile setback when roughly 250 of the bikes went missing — a technology flaw left them vulnerable to theft. 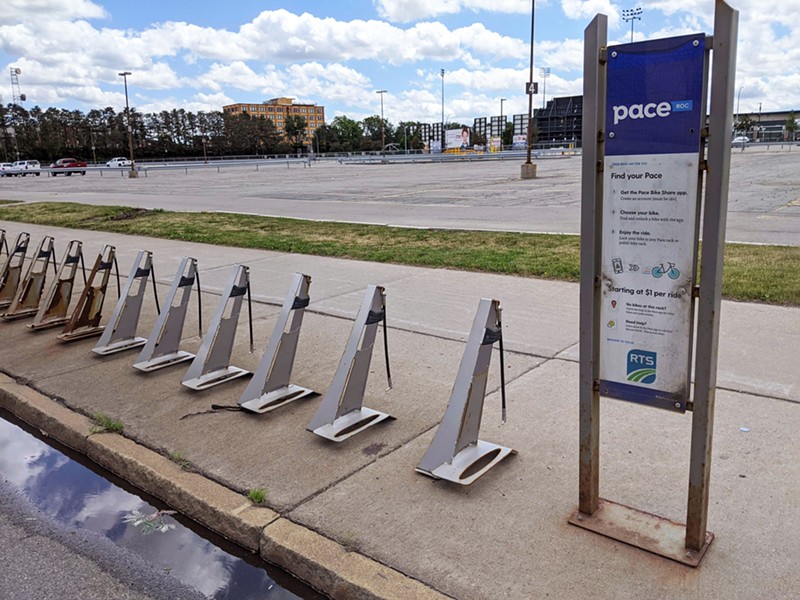 The bikes were popular and well-used, however. Despite the disappearing bikes in 2018, the city that year logged 17,000 users who made 54,000 trips, according to the company.

Peers expects that bike share programs will become more attractive with the addition of electric-assist bikes and e-scooters. E-assist bikes allow riders to go faster and farther with less effort — and less sweat when they arrive at their destinations.