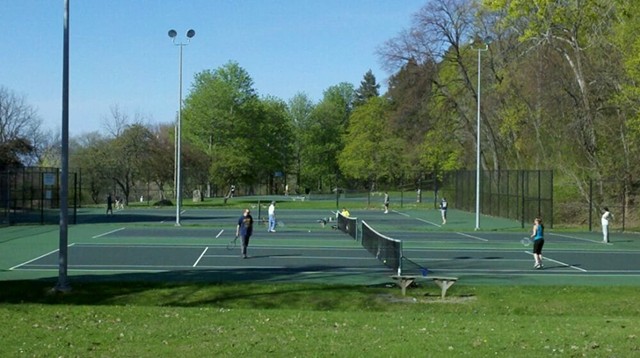 Cobbs Hills Park — the nearly 110 acres of rolling hills, woodlands, and scenic footpaths on the southeast side of the city — takes its name from Gideon Cobb, an early settler of the area and overachieving jack of all trades.

Cobb arrived here in 1812 and promptly set about staking claim to the place by buying 300 acres in what today is mostly Brighton, including the hill in the park that now bears his name.

He enlisted in the Army that same year and is credited with securing Brighton and New York in the War of 1812. When the fighting ended, he started an ax and scythe company, ran a cattle and hog yard, invested in a sand and brick outfit, owned a tavern, directed a school, and was a firefighter and an abolitionist who also just happened to build roads.

With a legacy like that, it is perhaps no wonder that the park that bears his name notched four “Best of Rochester” honors for its basketball courts, tennis courts, tobogganing, and stargazing.

The story of how Cobbs Hill Park swept four categories begins at the top of the hill, where a gigantic reservoir draws the city’s drinking water supply by gravity from Canadice and Hemlock lakes some 30 miles to the south. The city Water Bureau estimates there is enough water in that reservoir to fill every bathtub in Rochester twice a day for two months.

By day, the reservoir is crawling with joggers and hikers and animated by a fountain. But when the sun sets and the lights of the city are twinkling far below, there is nothing but darkness between the water and the heavens, making the elevated hilltop the perfect spot to take in the night sky.

Trudging down the slope by foot is one way to get back to civilization. But in the winter, when snow blankets the ground, the hill is ideal for tobogganing.

At the bottom of the hill, the basketball courts and tennis courts are popular.

The Tony Boler Basketball Courts draw some of the best street ballers in the city year-round, weather permitting. Casual cagers can find a place to fit in in the morning, but the afternoon and evening crowds are filled with players who don’t mess around.

The six tennis courts, which were renovated with upgraded lighting in 2013, are some of the most used among the three dozen or so in the city. Getting on a court, especially early on a pleasant summer morning, often requires a wait time. The courts are the home turf of the Monroe High School tennis team, and host the city’s adult tennis program. — DAVID ANDREATTA 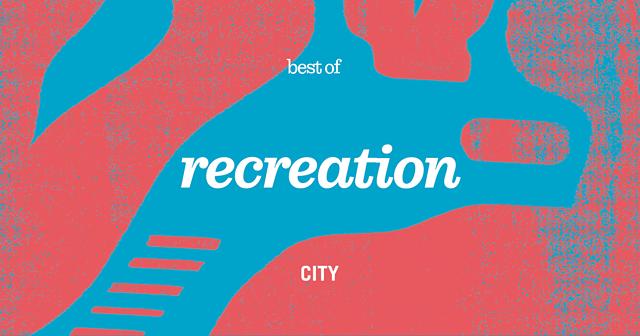