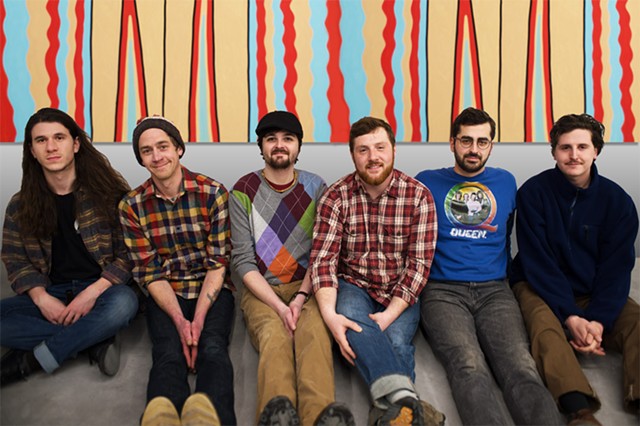 You can call The Honey Smugglers an Americana band, an acoustic act, or even a jamgrass group. But one thing is for sure: CITY readers call the sextet Rochester’s best folk group.

Fronted by lead vocalist and mandolinist Brian MacDonald, the band has been together for the better part of a decade, playing upbeat folk rock songs with bluegrass instruments.

“I think the music has matured just because we’ve gotten better at playing with each other and working together,” MacDonald said.

As songwriters, the band members have avoided predetermined styles and opted instead to encourage each musician to add what feels natural. The Honey Smugglers’ drive to play fun-loving music people can dance to has been there from the outset, helping make them a consistently popular live band.

“When we first started, we just wanted to party as hard as we could and play shows,” MacDonald said. “And so, we would purposely try to get the late-night slots on gigs and stuff, because we would just want to have a raging party. Those times still come and go, every now and then. But it’s definitely few and far between at this point.”

The last year has been one of transition for the band’s lineup, with Dominic Marini replacing Dylan Niver as drummer.

“Dominic has really brought such a new, fun energy to the band — really exciting,” MacDonald said. “The transition into playing with Dominic has been flawless. It’s a very seamless transition. It’s almost like he’s been playing with us for years. And so it feels really good right now.”

With three full-length albums in the archives, The Honey Smugglers are close to re-entering the recording studio to lay down some new tracks, and the band show no signs of stopping.

“As long as we’re having fun,” MacDonald said, “and as long as the people that come to see us are having fun, I don’t see any reason to stop it.” — DANIEL J. KUSHNER