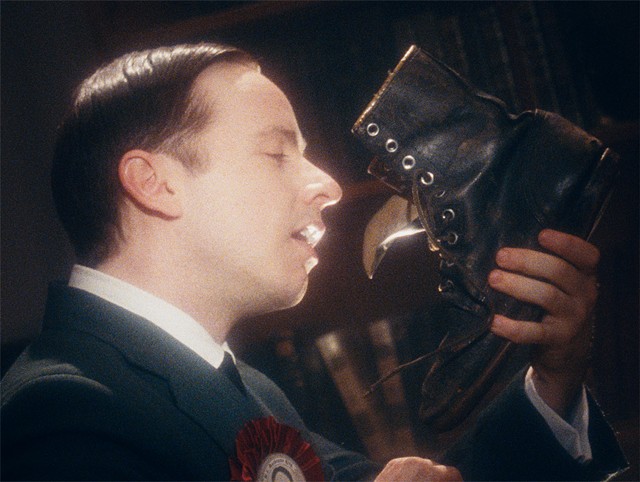 An ice skate decapitation. A traitor impaled on a narwhal. A group of men competing to club the most baby seals.

These images, both garish and hilarious, are littered throughout director and screenwriter Matthew Rankin’s “The Twentieth Century," one of the genre films being featured in  Rochester’s virtual Anomaly film festival this year. (CITY contributing writer Adam Lubitow serves as the festival's co-founder and director of programming; The Little Theatre's Events and Special Programming Coordinator Matt DeTurck is Anomaly's creative director.)

As Rankin’s debut feature, "The Twentieth Century" (released by Oscilloscope Laboratories) is a bold, exquisitely designed political satire that borrows both from the cinematic canon and the rich history of theatrical agitprop — like a Bertolt Brecht play by way of David Lynch.


Fictionalizing the rise of a Canadian Prime Minister, the film begins in 1899, with William Lyon Mackenzie King (played by Dan Beirne) — our earnest protagonist aptly nicknamed “Rex” — visiting the sick ward at a Toronto hospital. He gives a young girl a red ribbon with his face on it, a campaign button for his current bid at political office.

With sunken eyes, she smiles through coughing fits, and asks, “When you become prime minister, will you make tuberculosis against the law?”

“As sure as a winter’s day in spring,” Rex replies.

The film — which premiered at the 2019 Toronto International Film Festival and won Best Canadian First Feature Film — situates Canada as a nation of disappointment and division. The flag bears the symbol of its British patronage, but the harshness of the land lends the Canadians of "The Twentieth Century" a unique ennui. They are subservient, and just resilient enough to survive.

A national motto, recited throughout the film, plays like a diluted Kennedy quote: “Do more than is your duty, expect less than is your right.”

That tension between national need and individual sovereignty plays out in Rex’s personal relationships. His father (Richard Jutras) is financially reliant on his son, existing only in the family’s dining room, dressed in an apron and tending to a pet bird. Rex’s romantic interests are stark opposites: the goodhearted, pacifist nurse (Sarianne Cormier) — who promises true love and stability — and the Governor General’s daughter (Catherine St-Laurent), secretly liberal, unattainable, and so angelic in Rex’s eyes that he continually mistakes her harp for a holy trumpet.

And then there’s his mother, played by Louis Negin, kept locked in the upstairs bedroom, paralyzed by migraines since the day Rex was conceived. Their relationship plays out like the mother-son dynamic in “The Manchurian Candidate,” both queasily sexual and grimly tragic. Her visions, seen in dreams and painted in tableaus, foresee Rex as the leader of the new order.

It all works because the cast is fully committed to the absurdity at play. Rankin balances a fine line between grotesque camp and full-out comedy, and everything — from the quaintly vintage dialogue to Christophe Lamarche-Ledoux and Peter Venne’s romantic, regal score — adds to the aesthetic experience. 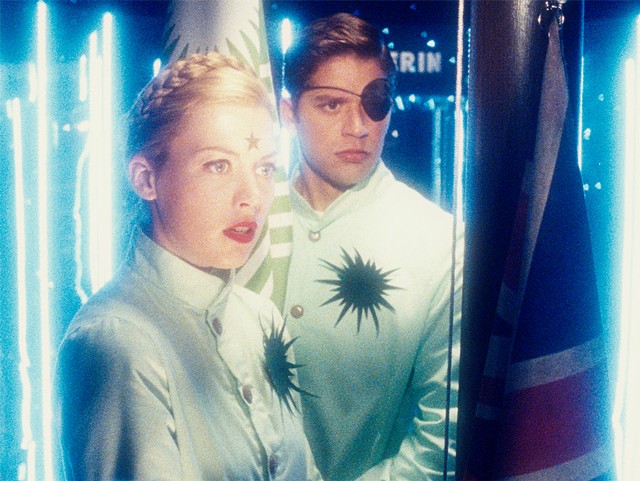 The immersive production design, with sets by Danny Boivin, gives the film an impressive, expansive feel. Rankin depicts Toronto as a hazy, blue cubist maze, with brutalist architecture competing with sharp-edged glaciers. The interiors and Patricia McNeil’s costumes are equally striking, alternately evoking the angular facism of films like “The Wall,” and the sickly strange world of David Cronenberg’s “Naked Lunch.”

But perhaps a more obvious inspiration is Charlie Chaplin’s “The Great Dictator.”

Rex’s civilian uniform, an ill-fitted suit and bowler cap, recalls the Tramp in all his sympathetic, everyman glory; and Rex’s earnest rise through the ranks, as he battles his devious political enemies, parallels Chaplin’s urgent social plea. 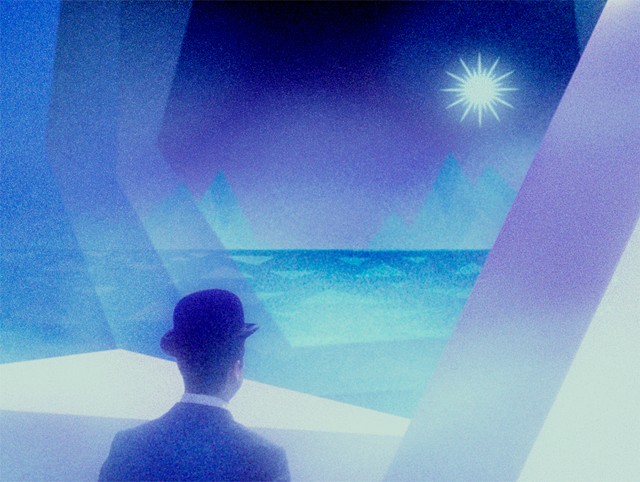 But Rankin upends that cautious optimism, opting to indict his country — and in turn, the world — for its dangerous stagnation over the last 100 years. When "The Twentieth Century" reaches its bloody conclusion, it is the status quo that comes out as champion.

“I only ever meant to be moderate, and inoffensive,” Rex proclaims. On the heels of America’s harrowing national election, his lament echoes like an awful reminder that true progress might just be an illusion.

"The Twentieth Century" is available for online viewing through Sunday, Nov. 15. For more on this year's Anomaly films and ticket information, go to anomaly.eventive.org.

Matthew Nerber is a member of the Goldring Arts Journalism and Communications program’s 2020-21 cohort at Syracuse University’s Newhouse School of Public Communications. Matthew writes about theatre, film and music, with bylines in Third Coast Review, The Daily Orange, and The Buffalo News.