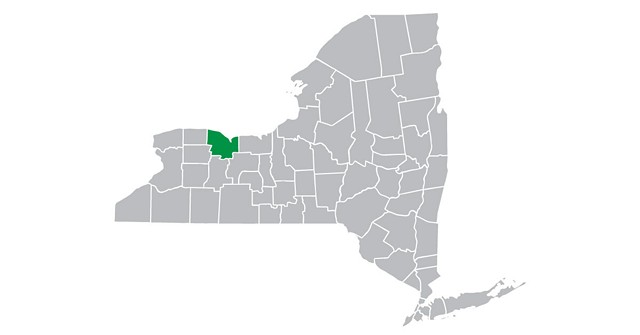 Bello has submitted legislation asking county legislators to adopt the program’s pledge, a necessary step to registering the county with the initiative. In the legislation, Bello noted that the theme of Earth Day 2020 was climate action.

“Climate change is one of the biggest challenges for protecting the future of our community,” Bello wrote in his submission to the Legislature.

The measure acknowledges that climate change is primarily due to the burning of fossil fuels and states that it endangers infrastructure and the economy. It adds that climate change poses a threat to farms, orchards, fish, wildlife, drinking water, and people’s health.

By approving the legislation, county lawmakers would pledge to take several actions, such as decreasing energy use, shifting to renewable energy, and implementing “climate-smart land use.” They’d also be committing to inventory greenhouse gas emissions and develop a climate action plan.

In March, lawmakers unanimously passed bipartisan legislation creating an 11-member committee to develop a climate action plan, which will lay out policies and practices meant to reduce greenhouse gas emissions across all sectors of the county.

County lawmakers take step toward a climate plan
Bipartisan legislation submitted to the Monroe County Legislature would establish a county Climate Action Plan Advisory Committee.
By Jeremy Moule
News
By registering as a Climate Smart Community, the county becomes eligible for guidance and funding to support the development of a plan. Rochester, Irondequoit, Brighton, and Brockport are all part of the state program.

Republican Majority Leader Steve Brew said that there’s support for the legislation among most of his caucus, but that some members felt the recommendation to join the program should have come through the climate plan committee.

“I'm quite sure it's going to move forward” either through the Legislature or through vetting by the climate plan committee, Brew said.