The ethics measure would bar all county management and professional employees from earning outside income, without exception. In addition to serving as public health commissioner, a position that pays between $170,565 and $214,376, Mendoza maintains a medical practice at Highland Family Medicine, where he sees patients two days a week.

During a news conference Monday, Mendoza explained that in order to keep his board certification in family medicine, he needs to maintain his practice and see patients. But ethics legislation proposed by Republican Majority Leader Steve Brew and Democratic legislator Vince Felder, who claims the title of Democratic minority leader, would mean Mendoza would have to choose between his county job or his practice. 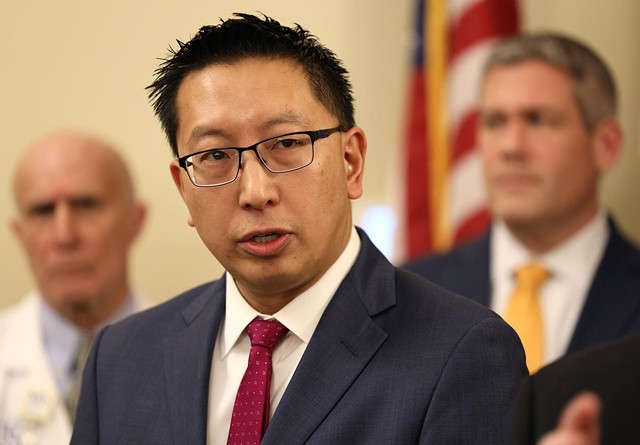 Mendoza, 46, said he has much of his medical career ahead of him and that while he had intended to stay in the public health commissioner position for a lot longer, he’s not going to jeopardize his physician certifications.

“I would hate for something so short-sighted to end my career in the county,” Mendoza said.

Mendoza also noted that former County Executive Cheryl Dinolfo, a Republican, advocated for him to be able to work in both the public health commissioner position and maintain outside employment that would allow him to maintain his certifications and clinical expertise. When Adam Bello, a Democrat, assumed the county executive’s office, he also approved of the arrangement.

He also warned that the measure could put other Public Health Department employees in a similar position, including the nurse practitioners and nurses that staff the county’s Starlight Pediatrics clinic, which serves children in foster care.

“If there are actual concerns with my outside professional activities I would be happy to respond to them,” Mendoza said. “But before we make sweeping changes, maybe it would be in the best interest of all involved, especially those who want to serve the County of Monroe, for all to understand the full consequences of this proposed measure.”

Bello called Monday’s press conference to rail against the ethics measure proposed by Brew and Felder, who is aligned with, but not a member of, the breakaway Black and Asian Democratic Caucus. Felder and the group of four legislators often vote with the GOP to form a supermajority.

“It’s dangerous and this proposal should not have seen the light of day,” Bello said standing at a podium outside of his office, flanked by Democratic legislators. 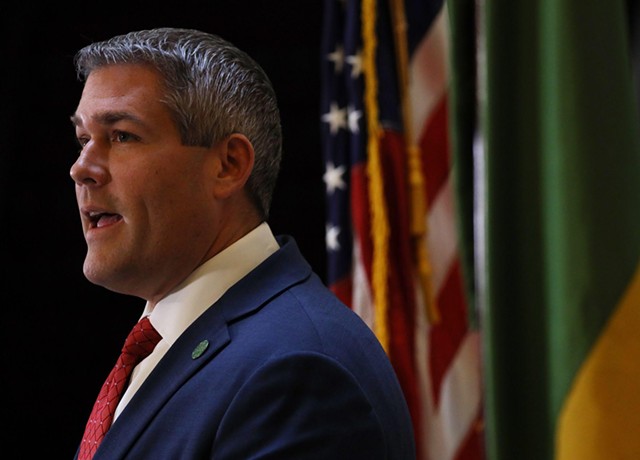 The county executive linked the legislation to the breakaway caucus and pledged to veto the measure if it passes.

“Actions and statements like this are evidence of why we can’t trust the Bello administration and his cronies in the Legislature,” said Sabrina LaMar, assistant leader of the Black and Asian Democratic Caucus, in a statement from its member. “We have never said we support this legislation and he is putting words in our mouths while talking out of both sides of his. Saying they want ethics reform and then posturing by pledging a veto before it has even come before a committee is hypocritical.”

The statement also said that the caucus “completely and forcefully denies” that it wants Mendoza to leave his position.

“Dr. Mendoza has done an excellent job leading the County through the COVID-19 pandemic and we are glad to have him as Commissioner,” the statement read.

The effects of the Brew-Felder proposal’s outside employment ban would not just affect Mendoza. Bello noted that many of the attorneys in the county Law Department, Public Defender’s Office, and District Attorney’s Office teach classes at local colleges, and they are also considered management and professional employees

Some of those employees have already stated their concerns about being forced to give up outside jobs and income. During an interview Thursday, Brew said that those concerns may warrant revisiting the legislation's language and that the authors "just want to protect the county."

“Proposed local laws submitted to the Legislature are subject to significant vetting through the Committee process, public hearing, a vote of the Legislature, and ultimately, the signature of the County Executive," Brew said in a prepared statement released Monday. "The exchange of ideas and opinions is encouraged through this entire process; unfortunately, the County Executive and Democrat legislators chose to act reactively by holding a press event rather than working collaboratively to seek solutions."

Brew called Bello's remarks that he plans to veto the measure should it pass "shocking."

"This legislation is necessary and politics cannot interfere with making sure the right thing is done," Brew said.

Brew and Felder introduced their ethics reform proposal last week. In addition to prohibiting certain county employees from holding outside employment, it would expand the ethics board to seven members and block the board from releasing reports when it sustains allegations. The reports would be submitted to the Legislature, which could vote to release them through a two-thirds vote.

Currently, the county Board of Ethics can release any report it prepares. It submits those documents to the county executive, who also has the authority to release them.

The legislation follows a proposal from Bello and Democratic legislators which would add harassment and sexual harassment to county ethics law and would compel the ethics board to investigate such complaints. It allows the ethics board to release reports on its own but also requires it to submit reports to the county executive, who can also release them to the public.

“We have a Legislature upstairs that isn’t thoughtful, that is not thinking about the ramifications and implications of what they’re doing,” Bello said. “And I want to be generous in saying that because if they are thinking about the ramifications of what they’re doing, this is very dangerous. Government actions have consequences and it’s very important that the public understand what the consequences are of this legislation.”