Being Asian American in the time of COVID-19 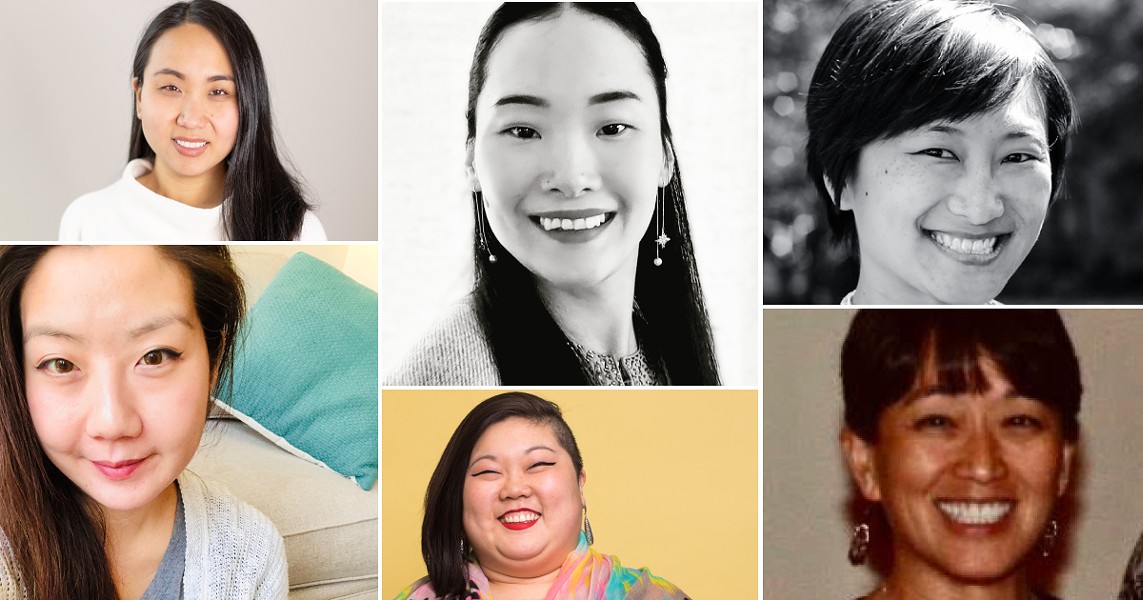 PHOTOS PROVIDED “Korean Adoptees: Coming Out of the Fog” is a three-part virtual Long Table series presented as a part of the ongoing At the Crossroads: Activating the Intersection of Art & Justice initiative.

In the midst of the coronavirus pandemic, Asian Americans are confronted with a dual threat — grappling with avoiding the virus and its economic fallout like everyone else, and confronting blatant and dog-whistle racism from every segment of society in the United States.

The president’s insistence on calling the virus “the Chinese virus” in defiance of the World Health Organization’s advice against naming diseases after geographical locations has dovetailed with a reported surge in verbal and physical assaults on Asian Americans around the country.

Americans of Chinese, Korean, Vietnamese, Bhutanese, Japanese, or other Asian descent have felt the brunt of the bigotry that is blind to the nuances of each culture.

In response, WOC Art Collaborative founder and executive director Rachel DeGuzman and Refugees Helping Refugees advocate and care coordinator Pamela Kim Adams are co-presenting a three-day virtual panel at which a group of Korean Americans will discuss their experiences as adoptees and contending with growing racism in the midst of the pandemic.

“Their lived experiences and voices are important every day, but they are especially critical to center on as we contend with the ‘model minority’ mythology in collision with the renewed ‘yellow peril’ propaganda, scapegoating, and terrorism,” DeGuzman says.

“Korean Adoptees: Coming Out of the Fog” is a three-part virtual Long Table series presented as a part of the ongoing At the Crossroads: Activating the Intersection of Art & Justice initiative. The participants will connect over Zoom and their discussion will be streamed live in three parts, on Thursday through Saturday, May 7 to 9, from 7 to 8 p.m. each day on Facebook Live.

The three-day conversation series will also underscore the history of oppression that Asian Americans have had to navigate in this country, and challenge the narrative that people of color adopted into white families are fortunate and should feel gratitude instead of angst.

“If you were raised white, to be white, by your parents, and then you go into school and people have all these understandings of what you are, and they don’t see a white person — your parents may not be prepared by their lived experience to be able to help you navigate that,” DeGuzman says. “And maybe there's some white fragility that’s thrown in so that they even dismiss your experiences: ‘Aren't you so grateful that you came out of the horrible situation in which you were born?’”

Adams, who is of Korean descent and will sit on the panel, says adoptees who open up about pain and difficulties they have faced run the risk of being condemned as ungrateful and angry.

“And I think what I would like is for the public to hear that, on some level, virtually every adoptee carries some kind grief or trauma, or has challenges with navigating identity issues and figuring out who they are, where they belong,” Adams says. “There's so much awareness these days about groups that are marginalized or groups that experience trauma, whether it's people of color or disabled people or queer people. But I think that people still don't understand or think of adoptees as a group that experiences trauma or marginalization.”

Many Asian adoptees are adopted by white families, notes Korean adoptee, activist, and writer KaeLyn Rich. Many of them, she says, try to assimilate into white culture as a sort of protection mechanism.

“But the reality is we can never be white, right? There’s no level of proximity to whiteness, even literally being adopted into the family structure, and whatever kind of privileges may or may not come with it, that can actually protect you from the racism that's out there,” Rich says. “Identifying with the dominant culture is fueled by internalized racism, but it's also about self-protection. But that can't actually protect you. And I think that's what we're seeing right now. And maybe honestly, what white parents are not really prepared for is having to worry about their children and violence against them, against their bodies.”

The pandemic has presented a moment of reckoning for both the adoptee community and for the parents and families who are predominantly white, Rich says.

Adams and DeGuzman had been planning to present a series of events on Korean and other Asian adoptees of white American parents before the pandemic took hold, but have reimagined the event to expand what would have been a local conversation to a national one.

The six participants will connect over Zoom from their homes in Oregon, Texas, Ohio, California, and Rochester.

Due to the themes of family and adoption, organizers wanted the event to fall close to Mother’s Day, but it’s also timed to take place during Asian American & Pacific Islander Heritage Month.

“We don’t think of adoptees as being marginalized, but our stories often go untold and our voices are overshadowed by adoptive parents, adoptive agencies, and the media,” Adams says.

The first event, “Origin Story,” takes place tonight, May 7, at 7 p.m., and will kick off with a reading by Rich, drawn from her column on AutoStraddle that was a documentation of her feelings, as an adopted person, throughout her pregnancy.

Part 1 is available to stream here.

Rich was adopted at 17 months old and does not know the circumstances of her birth.

“Not every adoptee has the same story as me,” she says. “But I think what is the common thread is a feeling of having home displaced at typically a pretty young age and not being able to ever get that back. Sort of feeling like there’s an untethering at the origin of your life.”

The conversation continues on Friday, May 8, with “Living a Dual Identity.” Before the discussion, viewers will hear a reading by panel participant Stephanie Drenka, titled “Lost and Found: The Heritage of Adoption.”

The series concludes on Saturday, May 9, with “Changing the Narrative,” a discussion to be kicked off by a screening of “Beyond Orientalism,” a new short film. The film was created by Nelson Eusebio, Angel Desai, and Siho Ellsmore for the #BeyondOrientalism forum presented in early May by a collective of Asian American arts organizations in association with Fordham University’s Theatre Program and the Smithsonian Asian Pacific American Center.

“Rachel and I wanted to bring the discussion back to the general experience of being Asian American, especially in light of everything going on,” Adams says.