‘Beer Nerds Against Racism’ to rally near Fairport Brewing Company 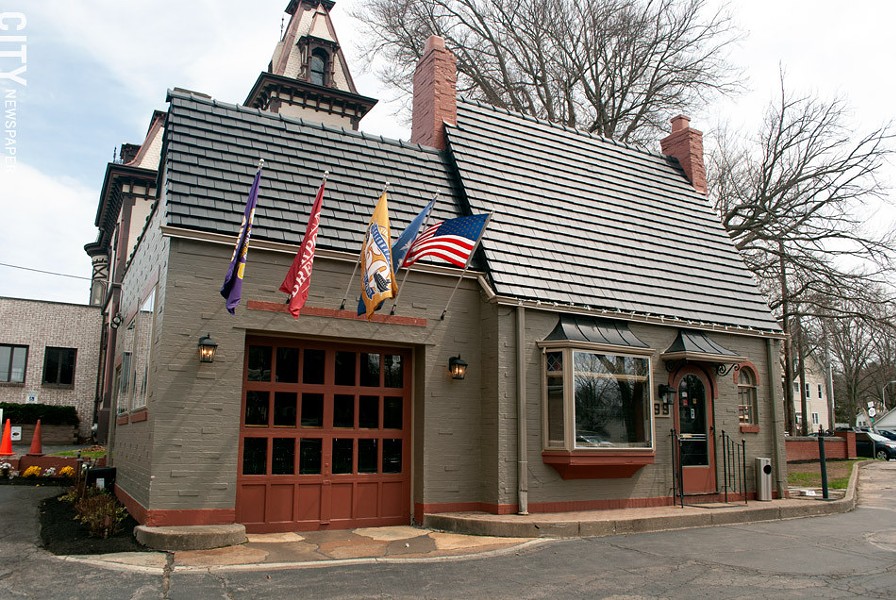 PHOTO BY JACOB WALSH Fairport Brewing Company, pictured, is the site chosen for a "Beer Nerds Against Racism" rally to be held on Saturday, June 13.

This year has thrown enough at us that a group calling itself “Beer Nerds Against Racism” hardly warrants raising an eyebrow.

So it is that a group of such nerds, er, beer enthusiasts, are planning to gather at 3 p.m. on Saturday at the First Baptist Church of Fairport, directly across the street from Fairport Brewing Company, in protest of the stark lack of diversity in brewery workers across the region and country.

The location is significant because Fairport Brewing is at the center of a controversy in the village that was touched off when one of the brewery’s employees was caught on film tearing down Black Lives Matter artwork on display around town.

After being called out on social media, the brewery issued an apology and said it had made a donation to Black Lives Matters-related causes.

“We’ve been talking [about inclusivity] among the groups for a while now, and thought, ‘What better timing,’” the organizer of the beer nerds rally, Laura Britton, said.

But Fairport does not exist in a vacuum. The brewing industry has struggled with inclusivity and equity from its inception.

There are no black-owned breweries in the Rochester-area. Indeed, according to the New York Brewers Association, among the 400 breweries in the state, just three are headed by black proprietors — Daleview Biscuit and Beer, Harlem Blue, and Harlem Brewing Company, all in New York City.

National statistics show a similar trend in which black-owned breweries represent a sliver of the 8,000 breweries in the United States.

Some of them have been heralded by critics.

One of them is San Antonio’s Weathered Souls, which recently launched the Black is Beautiful Initiative, a nationwide collaboration in which breweries will brew a stout and donate the proceeds to victims of police brutality. Avon’s Mortalis is among the more than 150 participating breweries.

“What we often hear is that black and Latino people simply don’t feel welcomed or included in the world of craft beer,” Leone said. “We constantly need to be asking ourselves, ‘Why is that and how do we get that to change?’”

Leone said the Brewers Association is focused on hiring more people of color and encouraging its member breweries to do the same.

“I think one of the big things is that so many minorities go into breweries and see no one that looks like them,” Leone said. “So you need to hire someone in your taproom, and put people of color in positions that let them grow in the craft beer community.”

Craft beer, once a niche product, is a major industry that the association estimates accounted for $679.5 million in economic impact in Monroe County alone in 2018, the most recent year for which data was available.

People of color drink craft beer at a much lower rate than white people. In 2018, a survey from the National Brewers Association found 81 percent of people who drank craft beer were non-Hispanic whites.

“Given that only 68.7% of the 21+ US population is non-Hispanic white, that’s not progress,” the survey concluded.

In organizing the Beer Nerds Against Racism event, Britton stressed that Fairport Brewing wasn’t the sole target. Rather, she said the brewery was being used as a backdrop to paint a picture of a beer community where everyone should feel welcome.

“At the end of the day, craft beer should be a thing that brings people together,” Britton said.