March 26, 2021
Bausch + Lomb is marking a milestone, the 50th anniversary of the first mass-produced soft contact lens in the United States.

B + L’s roots in Rochester are deep. The business formed in the 1850s in the city, and the eye healthcare company still has a strong presence in Rochester with more than a thousand employees and a large operation on North Goodman Street.

A major innovation came in 1971 with approval by the Food and Drug Administration of SOFLENS, the first mass produced soft contact lens in the U.S.

B and L’s Vice President for R&D, Global Vision Care, George Grobe, said that began what is now a more than $15 billion industry. 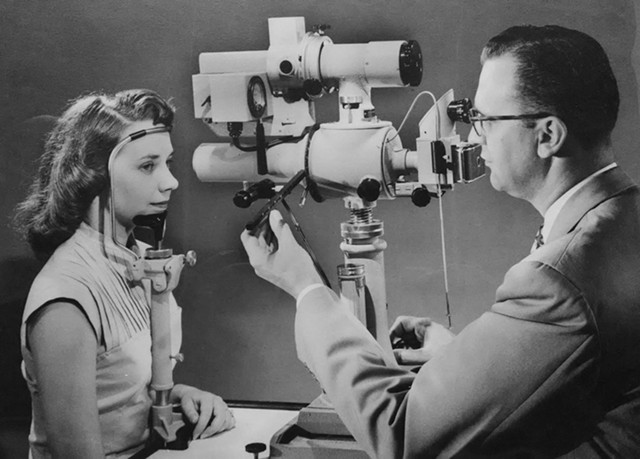 “It was a very exciting development, in the sense for patients as well as for practitioners because it increased the access and availability of vision correction,” Grobe said.

A lot of Bausch and Lomb’s contact lens manufacturing and research and development work is done in Rochester, and Grobe said they continue to innovate, coming up with new formulations for contact lenses, which he says must be able to deal with the additional stresses of the staring at digital screens that so many people are doing these days.

“I’ve got two phones, I’ve got my iPad, I’ve got my computer, I’ve got my additional screen. This is who we are, this is who we’ve become. And so we’ve really had to think about and re-engineer our products.” Grobe said that one new product introduced last year is a contact lens called INFUSE.

“With our INFUSE polymer which is our new silicone hydrogel daily disposable, it holds 96% of its moisture over a full 16 hours of wear. And this will relate back to the comfort and vision that the patient actually experiences because of that,” Grobe said.

Bausch and Lomb currently is trying to fill around 100 new jobs, including various engineering and other professional positions. Grobe said that’s part of the third expansion in Rochester since 2008 in contact lens manufacturing, and the latest expansion includes construction of a new building.

Grobe said one reason for B + L continuing to do a lot of its contact lens and R&D work in Rochester is the strong talent pool locally in the field of optics. He said that over the years, a number of companies, including B + L, Eastman Kodak, Xerox, Harris and many others have had workers who have moved between jobs among the various optical businesses.

“We’ve been a great benefactor of trading employees with all these optical companies, small and mid-size as well as some of the larger ones. There’s an excellent base not only from RIT, from the mechanical engineering side but also from the University of Rochester.”