Besides the two weeks of sunshine we're blessed with each summer — when the mercury settles in at about 80 degrees — it's also the time when the powers in charge of scheduling the music really let fly. There are a ton of shows popping up this time of year that let us bop around in the sunshine and walk around barefoot. I've discovered this is a festival town whether the venue is indoors or out, and there's nothing like a lawn seat on a hot summer night. So don the bug spray and check out a few of our recommendations for outdoor summer shows below.

What music are you looking forward to? Let us know in the comments below.

Park Point's Concerts in the Square kicked off in June, and happen two more Fridays this summer: July 13 and August 10. Max Creek, The Sim Redmond Band, and Extended Family play the July 13 show, which will cause some kind of rhythm-driven frenzy, I'm sure. The August 10 show features Del McCoury Band, Driftwood, Honey Smugglers, and Dirty Blanket. Both shows take place at 400 Park Point Drive. 5 p.m. Free. For more info, check out lovincup.com. 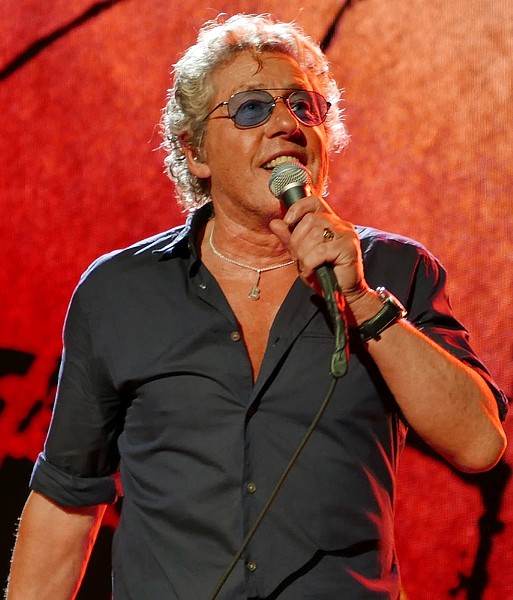 The Who's sold-out concert last summer was one of the biggest crowds I've ever shoe-horned my barefoot ass into. This year, vocalist Roger Daltrey returns on Saturday, June 30, to perform the music from that group's 1969 rock opera "Tommy." CMAC (3355 Marvin Sands Drive). 8 p.m. $27-$136. cmacevents.com; thewho.com/roger-daltrey.

G. Love & Special Sauce are kind of like that peanut butter and chocolate collision that's worked out so well — "You got hip-hop in my blues!" Despite his mellower work as of late with artists like The Avett Brothers, Love still brings the blues all funky and sly. G. Love & Special Sauce play Party in the Park on Thursday, July 12. Martin Luther King Jr. Memorial Park (353 Court Street). 5 p.m. $5; $35 for VIP. rochesterevents.com; philadelphonic.com.

Truly an outdoor event, this is the Vans Warped Tour's swan song. Started as an alternative festival in 1995, the tour grew to be the biggest traveling music festival in America. It's sad to see it go. Check it out one more time when Warped Tour plays Wednesday, July 25, at Darien Lake PAC (9993 Allegheny Road). Noon. $30-$55. darienboxoffice.com; vanswarpedtour.com.

If you're up for some nu rock (just coined that now, I think) and you feel like a roadtrip, why not check out this band of boundless energy and melodious strain? Taking Back Sunday is pop music for the angry kids. Taking Back Sunday plays Saranac Brewery (830 Varick Street, Utica) on Saturday, July 28. 7:30 p.m. $26-$30. utica.boxofficeticketsales.com; takingbacksunday.com.

It's as if Fairport were its own island with its own music scene. The two-day outdoor Fairport Music Festival is on a roll, drawing thousands of fans to get up to get down on the east side. And for a good cause: proceeds from the festival go to the Golisano Children's Hospital. Fairport Music Festival takes place Friday, August 24, and Saturday, August 25. Go to fairportmusicfestival.com for the lineup.

They've tried to rekindle this fest since the end of the Johnson administration, and it looks like they've finally done it with this year's Summer Soul Music Festival. Saturday's lineup includes Angie Stone, Musiq Soulchild, Al B. Sure, Raheem Devaughn, and Kindred the Family Soul. Sunday will be a knockout with George Clinton & Parliament Funkadelic coming to town on the Mothership, plus The Mary Jane Girls with Val Young and the Stone City Family, Morris Day & the Time, and Cameo — complete with codpiece. Summer Soul Music Festival takes place Saturday, August 25, and Sunday, August 26, at Frontier Field (333 Plymouth Avenue). Community block party at 11 a.m. to 4 p.m.; concerts at 5 p.m. to 11 p.m. $40-$175. rocsummersoulfest.com.

And the Rochester Philharmonic Orchestra will be popping up at outdoor venues around town, like the Concert by the Shore (a free concert series) at Ontario Beach Park featuring the music of Smith, Bernstein, Gershwin, Dvorak, Williams, and more. Wednesday, July 18, at Ontario Beach Park (50 Beach Avenue). 7:30 p.m. Free. rpo.org.