Rochester's local film scene is growing. Here are a handful of flicks currently in production.

Being the birthplace of film, Rochester has always prided itself on being a city with a deep, abiding love for the movies, so it only follows that we would have a vibrant, active community of filmmakers as well. Add in RIT's renowned school of film and animation constantly pumping out new generations of auteurs, and you've got a veritable hotbed of activity of the cinematic variety. There's a certain joy in discovering fresh talent in your own backyard (possibly literally — if you've got access to a great location, they'd appreciate knowing ASAP), and it's all the better when they're producing great, creative work.

Covering a wide breadth of genres, from romantic comedies to probing documentaries and creature-feature horror films, these are just a few highlights of some of the productions currently in development locally. Look for them throughout the next year — hopefully coming soon to a theater near you.

"Adam Imitating Art": From director/co-writer Chris Hogan-Roy and producer/co-writer Bri Merkel comes this comedic short film, in which "a delivery boy heads to a movie theater with some precious cargo for the Projectionist (eggplant parm sub, extra parm) and embarks on an epic night at a film festival that will forever change him." A collaboration between 57th Street and WillWorkForFame Productions, "Adam Imitating Art" is currently in post-production, with plans to submit for festival consideration beginning in the winter, followed by a Rochester release in 2015 — date TBD. Keep updated on the film's production at Facebook.com/AdamImitatingArt.

"Inventions of Photography": Directed by filmmakers Matthew Ehlers and Jessica Johnston, and produced by the George Eastman House with additional support from The Institute for Museum and Library Services, this recently completed 12-part documentary series gives an overview of the history of photographic processes, from the daguerreotype through modern digital photography. Ehlers and Johnston conducted interviews with historians and curators from the museum which will be supplemented with behind-the-scenes recreations of the various processes, as well as photo selections spanning nearly three centuries of work from the inventors and masters of photography. The entire series of films will be available online for free beginning this week, and can be viewed at InventionsOfPhotography.com.

"July '14": 2014 marks the 50th anniversary of the riots which rocked Rochester in July 1964. In 2006's "July '64," local filmmaker Carvin Eison took an in-depth look at the circumstances which led to the riots and the impact they had on our city. Now, in a brand-new documentary, Eison explores the rippling effects of the events of 1964 and the myriad ways they're still being felt today. In addition Eison has incorporated interviews conducted with students from the World of Inquiry and Harley schools, gaining the perspective of a younger generation on issues like education, health, employment, and popular culture. Produced by Rick Osborne, Joshua Bloodworth and Rajesh Barnabas, in association with Rochester's public access television station, RCTV, the film will be completed by fall 2015. The filmmakers are planning to submit the work to film festivals before seeking national distribution. Look for updates on the film's Facebook page under "July '14."

"Love Happened": From writer-director Sean Michael Smith comes this feature comedy about a couple who discover that they're actually characters created in the mind of an aging screenwriter. Unhappy with the plot they've been given, one of the characters fights against the script in order to stay with his true love, despite the writer's many attempts to keep his characters in the predetermined plot that he's laid out for them. The project is currently in post-production with a Rochester premiere planned, followed by screenings in Buffalo and a possible tour of indie film festivals, before an eventual Blu-ray and/or DVD release. Facebook.com/LoveHappenedFilm.

"Mind Rip": From writer-director John Vincent and producer Mike Boas comes this grindhouse-style horror film about a man whose journey back to his hometown coincides with the sudden appearance of grotesque creatures that seem straight out of the comic books drawn by his deceased brother. Striking a tongue-in-cheek tone for the film, Vincent cites "Gremlins" and "Ghostbusters" as influences and, if the trailer's any indication, a bit of early Peter Jackson as well. Most exciting, the filmmakers promise their movie will feature good old-fashioned practical effects, utilizing a combination of stop-motion and miniatures created by an effects team with credits ranging from "Watchmen" to "Evil Dead II." The film is also set to have featured roles for Bill Moseley ("The Texas Chainsaw Massacre 2," "House of 1000 Corpses" and "The Devil's Rejects") and Kane Hodder, most famous for having played Jason in several of the "Friday the 13th" films. Filming for the production is scheduled to begin late this fall, with a release planned for the end of 2015. MindRipMovie.com.

"Turn the Page": Exploring The Storybook Program, a project started in the Ontario County jail system in which incarcerated parents record themselves reading books to their children, this documentary examines the ways in which the program has provided a means for inmates to maintain the crucial parent-child relationship. Producer-director Linda Moroney and co-producer Ray Manard seek to illustrate the importance of such a program in retaining that connection, making it that much easier for the family to rebuild its life together following the parents' release. A co-production between Low to the Ground Productions and Crystal Pix, the film is currently in the rough-edit phase, features four animation sequences created by artist Emily Hubley, and is due to be completed by early 2015. The filmmakers will be submitting to film festivals nationwide, with a broadcast on public television and local screenings to follow. Plans are also in the works for creating a toolkit, so that those interested can easily access information to start similar Storybook programs in their community. Check up on the film's progress at Facebook.com/TurnThePageMovie. 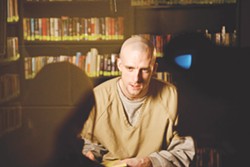 "Untitled": Patrick Montanaro and Eric Maira, the talented duo behind Werewolf House (the production company that brought us the psychological horror film "The Dead Deads" earlier this year) will be back in 2015 with an as-yet-untitled feature-length horror film. The film is still in the early stages of production, but the plot will revolve around a down-on-his-luck gambler who discovers the remains of what appears to be an angel. As with their first project, Maira will handle directing duties while Montanaro will play the lead role, and both will share writing credit. Filming is scheduled to take place throughout the fall, with a Rochester premiere planned for 2015 and a film festival run hopefully to follow. An extensive social media presence is planned for the production, and you can follow the production at Facebook.com/WerewolfHouse.

"Who Would Jesus Date?": The idea behind this satirical short film, from Tree in the Sky Productions, sprang from the imaginations of director Neeti Fidurko and co-director/screenwriter Daniel J. Kushner after reading a National Geographic article discussing the Harvard Theological Review's authentication of an 8th-century text that mentions "Jesus' wife." This got them to pondering what Jesus' hypothetical dating life would have been like, depicting what happens when a girl brings Jesus home to meet her parents. Will they approve of a match "made in Heaven"? Filming for the short was completed in late August, and is now deep into post-production. The filmmakers are hoping to have the film completed in time for an October release, with public screenings currently in the planning stages and a possible digital release through online outlets like iTunes and Amazon Video. wwjdatefilm.com.