Back to business at Tony D’s 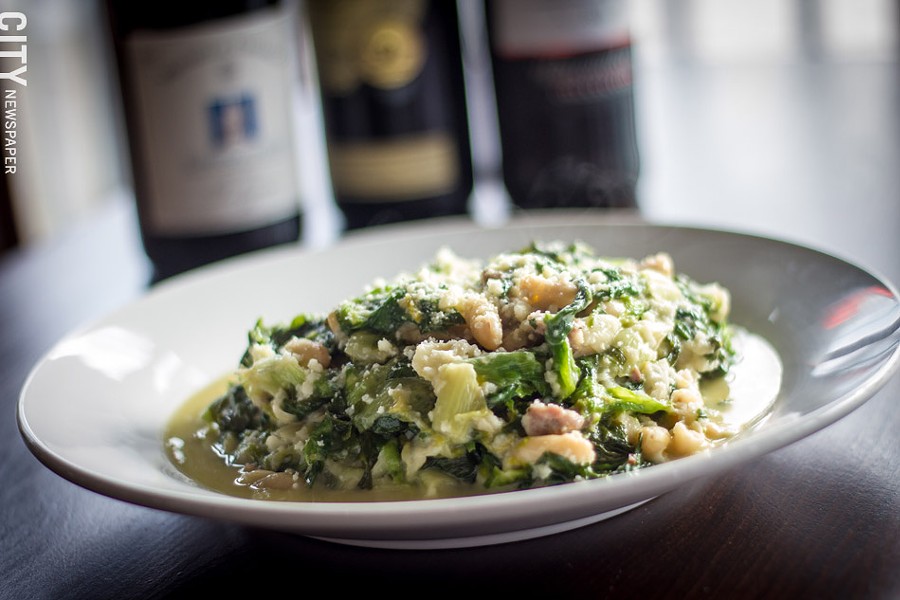 PHOTOS BY KEVIN FULLER City Restaurant Group recently reopened the popular Tony D's in its location in Corn Hill, like the Greens and Beans. 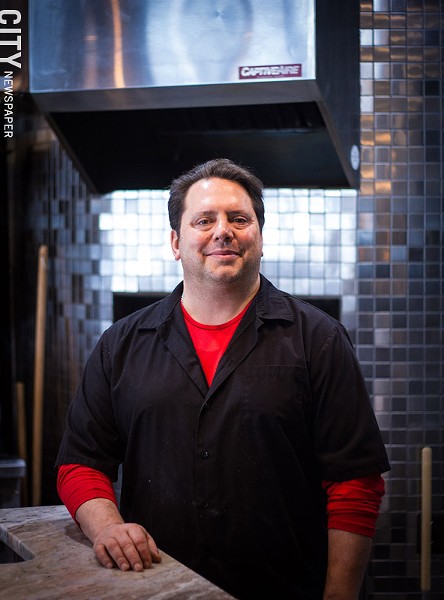 PHOTOS BY KEVIN FULLER Executive Chef Jay Speranza is back, along with a menu that features most of the restaurant's dishes.

In the restaurant scene, closings aren't anything new. It's the nature of the industry: new places sprout up all the time and other locations lose their leaves. Back in September, though, the popular Italian bistro Tony D's closed its doors following the unfortunate deaths of co-owners Chris DeGrazia and Tony DiCesare, and it loudly reverberated through Rochester.

Tony D's opened in August 2008, and brought quality food and a genuine atmosphere to Corn Hill. Having a meal there was like going to Nana's house. Its success stemmed from the guidance of DeGrazia and DiCesare; their charm bred a devoted following, which is why people cared so deeply when they passed. Diners latched onto the warm presence both men provided.

"Their spirit will always be in these walls," says Tony D's Executive Chef Jay Speranza as he surveys the restaurant. City Restaurant Group (of which Speranza is a partner) reopened the beloved eatery on February 11. The group also owns City Grill, Hooligans in Webster, and City Tavern in Victor.

Speranza has been with Tony D's since the restaurant began. "I was fortunate enough to have guys like Tony and Chris," Speranza says. "We became very close friends and had a nice little business together."

Many aspects of Tony D's have remained the same. The trademark mural, based off members of DeGrazia and DiCesare's family, still adorns a wall of the dining area. Many of the staff who were employed during the closing in September have returned. But most importantly, the menu that resonated with diners is mostly the same. Crowd favorites like the Greens and Beans and Meatballs Al Forno are still on the menu, and the coal-fired pizza oven (which also roasts the aforementioned meatballs) is still a cornerstone of the menu.

Speranza knew he had to keep things the same when reopening. "I don't want to, but even if I did, if I was sick of doing this menu, it could never happen," Speranza says. "People would lose their marbles."

Speranza did change some things about Tony D's, though they are miniscule: new light fixtures and ceiling fans have been installed, and the entrance location has been changed, which might confuse regulars. Now, patrons walk into a renovated vestibule with an up to date hostess desk. Every change is in line with the ambiance the restaurant has brought for years. If you were once a fan of Tony D's, you will probably continue to be.

Speranza is aware of all those fans and he understands why they keep coming back. He is confident when talking about what separates Tony D's from the rest of the booming dining scene. "I don't think there's much of a mystery to the business, the hard part is getting it done and staying consistent with it," Speranza says. "But I think our commitment to the food program and the service program has remained strong and I don't think anybody does it better."

The environment Tony D's breeds is infectious and certainly fills a desired niche in the Flower City. "There's always going to be a place for great food and great service." Speranza explains. "Our customers, our guests, are always going to feel like an extended family."