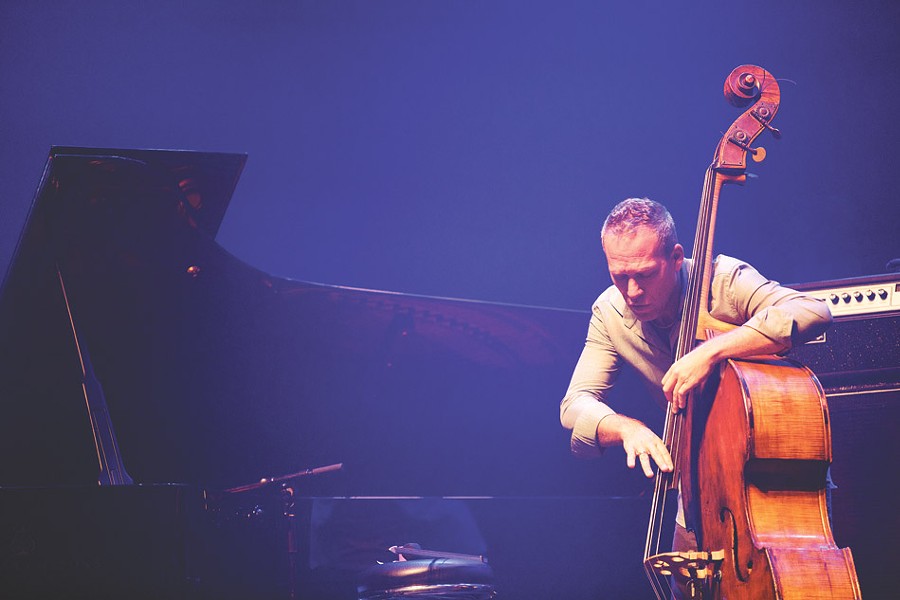 In 1997, Chick Corea signed him to his Stretch record label and asked Cohen to join his band. Over the last two decades, Cohen has recorded 15 albums, carving out a unique musical identity in the process and becoming one of the world's top jazz bassists.

In recent years, Cohen has transformed the bass into a lead instrument, playing at festivals all over the world and adding singing to his repertoire.

The following is an edited version of City's conversation with Cohen.

City: How did the music you heard in your formative years influence the musician you have become?

Avishai Cohen: My mother is a Sephardic descendent and speaks Ladino, and so I was influenced by the culture's music. I remember her always singing at home. Her voice and the way she sings is exactly like me.

Growing up, why did you switch from piano to electric bass and, later, to acoustic bass?

At the age of 9, I started messing around on the piano. I was inspired by Jaco Pastorius when I first heard his music, and I picked up the electric bass at 14.

I was always going to move to the acoustic upright bass, but I came to it late, at around the age of 20. I guess then I found the confidence to take on the challenge and embrace this unique instrument with a great teacher in Israel. The bass has been my closest musical partner ever since.

I explored and developed my own way of playing and performing with it over the years.

How did you get started in New York?

In the beginning, it was tough, playing music in the streets and working in construction to get by, but these times only added to the experiences and growth of being a musician. I had made a big decision to travel to New York, and I wasn't going to give up so easily.

What did you take away from playing with people like Danilo Pérez and Chick Corea?

I played first with Danilo Pérez; that was the first big step, which enabled me to build an international career. I've learnt from a lot of people over the years, but Chick Corea was a big teacher for me. He was a master at being generous with the music and musicians on stage.

During my six years with Chick, he taught me how to be a band leader and also how to communicate in an effective way with the audience.

Many people think of bass as the "functional" instrument in a jazz group. What made you join the small group of bassists who are virtuoso, lead players?

I think the bass is the heart and the center of the trio. I love my instrument and to play it; it knows when I have left it for one day without touching it or practicing on it. It's a relationship; we are a partnership on stage and off stage.

When I've watched you play, it's almost as if the bass is an extension of your body.

My 105-year-old bass is my friend and partner on stage, and I have always performed with it out front from day one. My bass travels with me everywhere. I am in the center and I like to groove and dance with it at every show; it's like a beautiful woman with a big heartbeat.

When you sing a song like "Morenica" or other Ladino songs, what does it mean to you?

I have always felt a sense of classical music and jazz when I write and arrange. My mother and father listened to many old Israeli folk songs and Ladino songs, but also classical pieces, so these sounds have always been around me.

When you write music, do you find yourself crossing cultural and genre boundaries?

My music comes from all territories and people: Afro-Caribbean, Western, Middle Eastern. But most recently I have also been attracted by several Israeli folk songs. There is also a personal thing in music for me that I can't explain. I feel so uplifted, it makes me feel better, and this is what I also would like to bring over to my audience.

Jazz, and music generally, is also an art form that brings people together who may not be normally linked to each other. It has that great power.