September 22, 2020
The oddball band known as Colorblind James Experience had an extensive 21-year run, with three-quarters of it spent right here in Rochester. And though its heyday has long past, there were talks of a reunion show for this summer, which was ultimately thwarted by the coronavirus.

But was the band all about back in the day? And who was Colorblind James? 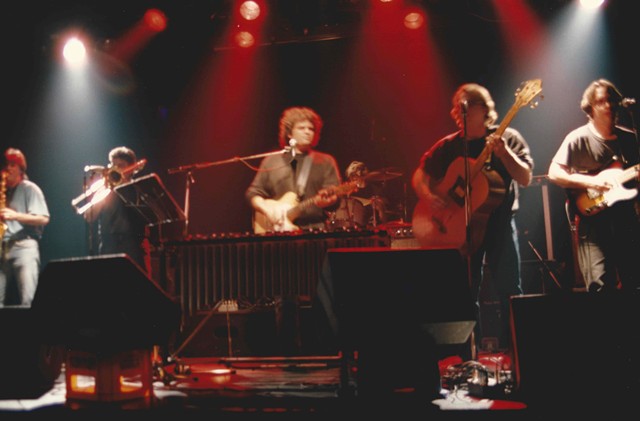 Early inceptions of the CBJE played in Oswego and San Francisco from 1980 through 1984.The band’s history is convoluted, with a plethora of members coming and going as if through a revolving door. The musical chairs were eventually occupied, once the band settled in Rochester.

Scorgie’s, on Andrews Street, was the epicenter of the Rochester music scene. Many controversial and influential touring acts of the day, such as The Lords of the New Church, The Ramones, and The Cramps, as well as up-and-coming local acts including The Bowery Boys and The Chesterfield Kings, plied their sound for the incurably curious and adventurous audiences.

Cuminale and Marshall — who is currently a member of The Fox Sisters, The Margaret Explosion, Annie Wells Band, and The Cows — were the only members to carry over to the Rochester version of the band. When not onstage, Cuminale spent some time in the illustrious role as music writer for CITY Newspaper.

In one form or another, the band remained active for the rest of the century, playing right up until Cuminale’s untimely death in July 2001.

But to Marshall, the classic lineup was Chuck Cuminale on vibraphone, vocals and guitar, bassist Bernie Heveron, Gary Meixner on banjo, drummer Jimmy McAvaney, and Marshall on lead guitar from 1987 through 1991. The most stable lineup after that was Cuminale, Mac, Gary Holt on bass, keyboardist Charles Jaffe, and vocalist Rita Coulter.


The release of CBJE’s 1987 eponymous release caught the ear of the legendary BBC DJ John Peel, who included the band’s song “Considering a Move to Memphis'' on his Festival Fifty list.

As a whole, The CBJE’s discography is impressive. A steady dose of singles and LPs poured out of the band, starting with 1989’s “The Peel Sessions EP” and “Why Should I Stand Up?” featuring cover art from WRUR’s Scott Regan.The all-acoustic “Strange Sounds from the Basement,” recorded as Colorblind James and the Death Valley Boys, came out in 1990. Four releases after that, a “Greatest Hits!” album was released in 2000. 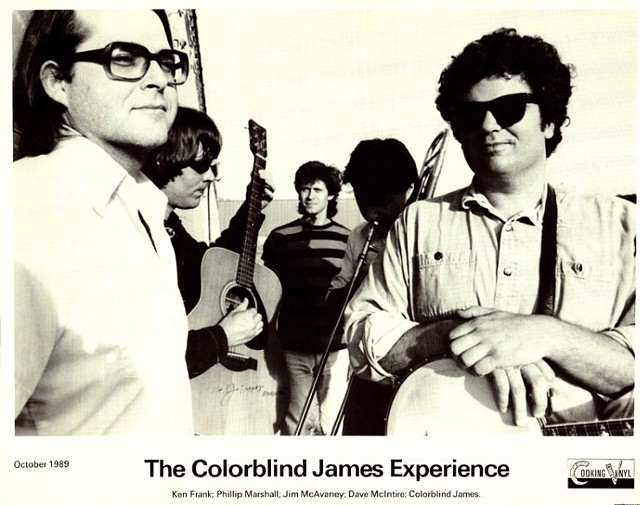 As a live band, The Colorblind James Experience was quirky, with wry lyricism and charm, and Cuminale wearing a poker face as he led the circus-like parade from behind the vibes.

Cuminale was a character. When the band performed at a Bob Dylan birthday celebration, the iconic musician was invited; Cuminale went so far as to leave a 10-speed bicycle at the airport, just in case a cab was unavailable to Dylan upon his arrival, Bernie Heveron recalls.

To those who knew him, like Heveron did, remembering Cuminale the musician means remembering the man. For example, his work at Center for Youth Services is still fondly remembered (a scholarship there bears his name).

“He loved people that were outside of the mainstream,” says Heveron, who currently plays in the P.V. Nunes Band and the Red Hot and Blues Band. “People with problems and quirks. It was as if his world was a movie in the making.

“My first impression of CBJ was that he was very grounded, down to earth. We were next door neighbors, so I saw him as a young dad, a husband to his wife Jan. He had an incredible sense of humor that drew on whatever was happening in the moment.

“And he was not afraid to speak his mind,” Heveron says. “He pissed people off with some of his reviews in CITY. He was opinionated, yet easily moved to laughter. He was a community builder who had loyal friends in many parts of the country. He drew out the unique qualities in his friends. He made sure everyone had a nickname.”